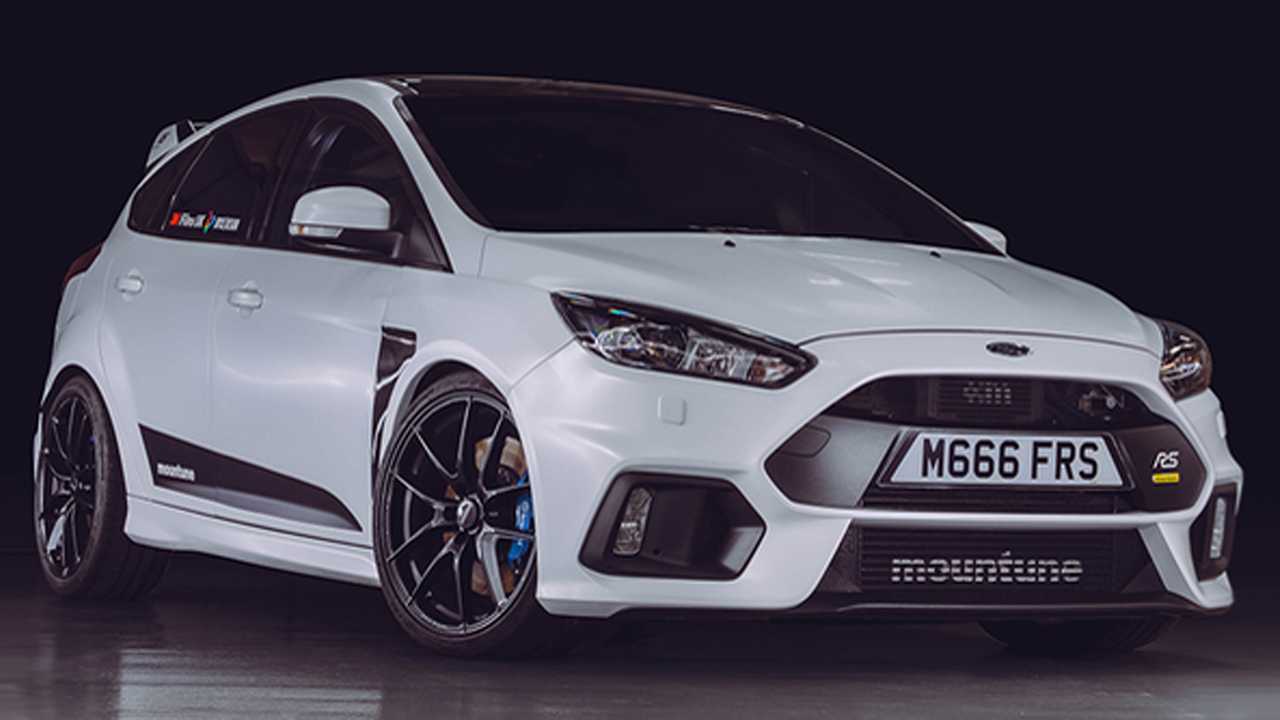 It seems there's much more to be had from that 2.3-litre EcoBoost engine...

Dubbed m520, the £5,974.99 kit is designed to supplement the existing m400R or m400X packages, which already squeeze 395 bhp from the Focus’ 2.3-litre four-cylinder petrol engine. However, with the addition of a few engine modifications, the m520 package ups that to 513 bhp.

Chief among those changes is the Mountune-configured BorgWarner EFR-7163 Turbocharger, which Mountune says will “dramatically increase peak power and torque outputs”. That’s achieved with the help of a low-inertia turbine wheel and dual-row ceramic ball bearings, which reduce friction and thus improve responsiveness.

Furthermore, the m520 comes with an uprated fuel pump and a modified camshaft and valve train configuration, which together with the new turbocharger and revised engine management calibration. That all results not only in a 513 bhp output, but 516 lb-ft of torque - a huge increase on the standard car’s maximum figures of 345 bhp and 347 lb-ft.

However, if you want a cheaper or marginally less powerful upgrade, Mountune will sell you the £2,950 m450 package. Like the m520, it features an uprated turbocharger, although the EFR-6758 unit doesn’t quite increase the power to the same degree. Working with the high-flow sports catalytic converter and downpipe and Mountune five-ply compressor outlet and inlet, the new turbo helps up the power to 444 bhp.

Both packages can be fitted by Mountune’s own engineers at the company’s Brentwood HQ, in Essex. However, customers can also choose to buy the parts from the Mountune online store.

The two packs will also require “engine internal hardware modifications” to achieve the intended performance increases safely and reliably, but Mountune says the upgrades come with all the requisite hardware, fittings and hoses. As a result, the company says the kits are “an easy addition” for Focus RS owners who already run vehicles fitted with the m400R or m400X upgrades.

“We have worked hard to develop upgrades that build on the success of the m400X and m400R kits,” said Alec Pell-Johnson, the director of Mountune Performance. “With the very latest BorgWarner turbocharger platform, both upgrades deliver exceptional levels of power and torque, turning the RS into something quite remarkable. After the positive initial feedback we received from the official unveiling of the kits at Ford Fair, we can’t wait to start fitting them to our customers’ cars.”