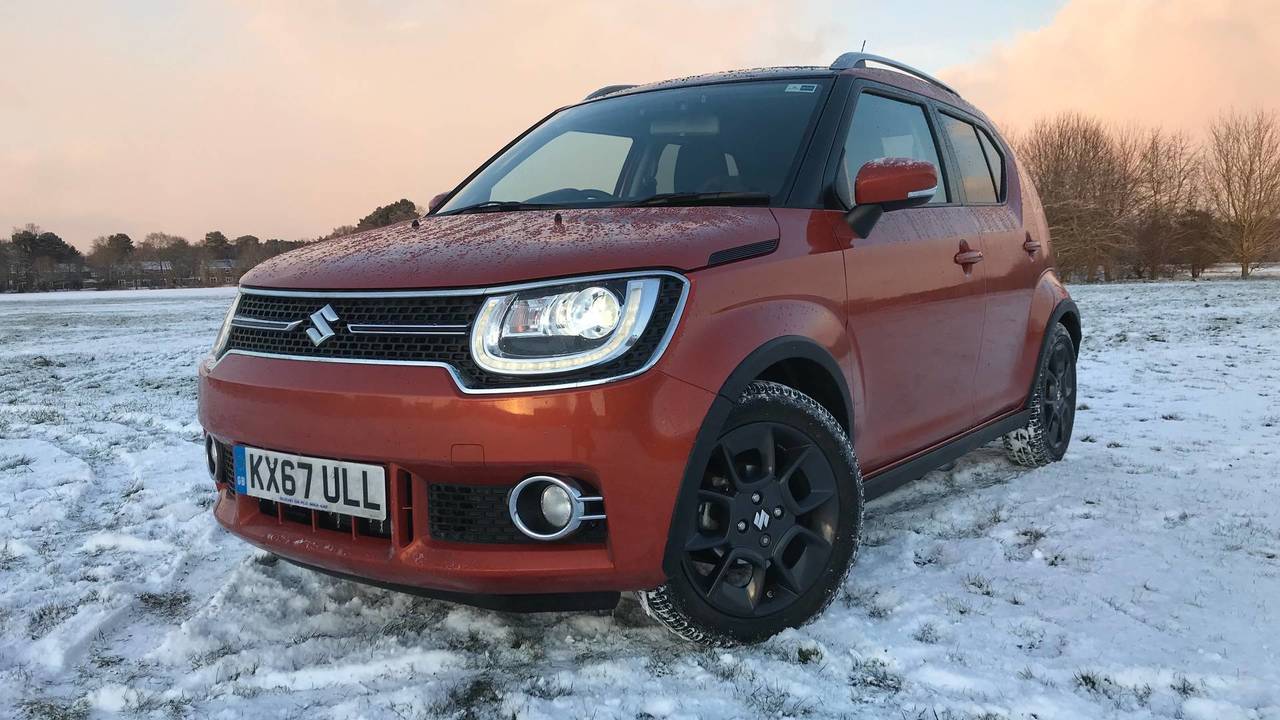 Report 4: Making light work of heavy snow, and some good and bad bits about the sat-nav system.

I spent a happy couple of weeks with the Ignis recently, and not only because our tiny 4x4 proved mountain-goat like in the various bouts of snow that we’ve had; The narrow tyres and permanent four-wheel drive meant that it was fairly unstoppable even on compacted snow and ice, and being short geared it was easy to use engine braking to keep the speed right down.

It also fared very well as a family car. There’s loads of leg room in the back seats (which slide a remarkably long way back) so my little girl couldn’t reach the seat backs in front of her with her tiny, grubby feet; often a problem even in surprisingly large cars given how high a toddler sits in a modern car seat. Plus, the rear doors open to almost 90-degrees, which makes access easy.

Mind you, the rest of system is merely okay to use, and the graphics are a bit Fisher Price, but given the price of the Ignis I honestly can’t complain. Although, notably, the Ignis has jumped in price by £500 to £15,499 recently (all manufacturers tweak list prices all the time) - but don't panic, because just as Suzuki has done that, it's also offered £2000 off... So I guess that actually makes it about £1500 less than it was. PCP finance is still competitive, too, at around £200 per month for three years after a £2000 deposit.

I even quite enjoyed buzzing up the motorway in the Ignis to go and drive an Aston Martin DB11 Volante, where our mighty orange small-but-tall thing still looked excellent despite its rather more rarefied company.

Score one for our tiny but tough Suzuki, then. It hasn't put a foot wrong over the many miles I've done in all sorts of conditions; it's still one of my all-time favourite small cars.