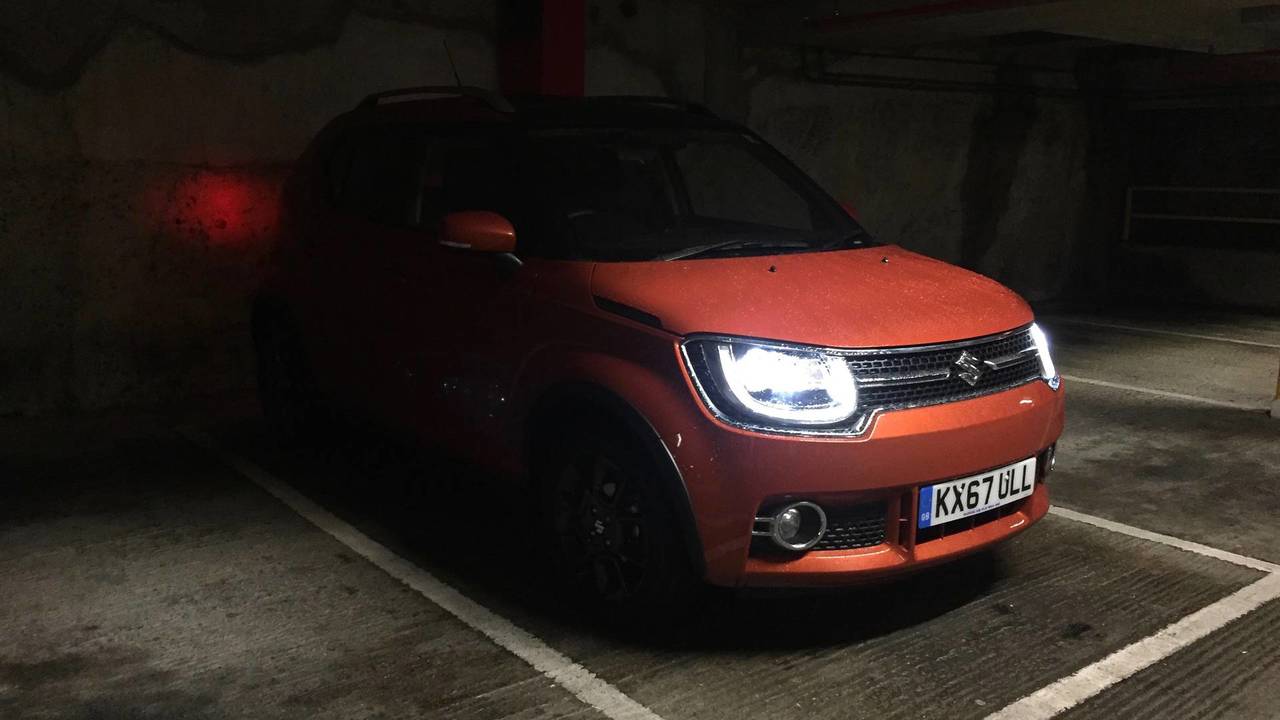 Report 2: Boot space is put to the test

The Motor1.com team is looking forward to moving into its shiny new offices at the wonderful Bicester Heritage soon. It’s a kind of car mecca for the Midlands, which will suit both us and sister site AutoClassics perfectly.  Until then, we’re all working out of our London HQ, which is where the Suzuki Ignis has spent the majority share of its first month.

You’d expect that those compact proportions would enable you to nip through width restrictors or park anywhere with abandon, and you’d be spot on. You never need to pack things away in the back with military precision either, regardless of whether you’re carrying the weekly shop or picking up a painting. There is such a surprising amount of space in the Ignis, even though the inclusion of the AllGrip four-wheel drive system means we only have 204-litres to play with, as opposed to the standard car’s 260-litres. I still think the Honda Jazz is the most practical little car for large packages, but not everybody will want to look like they’ve just borrowed their nan’s wheels for the week.

The tiny petrol engine and chunky looks also lure you into thinking you can drive this small car like an aggressive, city-loving terrier, but I’ve recently discovered a few traits that would suggest otherwise. The first is the hyper-active safety alert systems. Even when I’ve just been bumbling through rush hour traffic, the collision warning system has exploded into action with beeps and large pixelated orange graphics on the dash, shouting at me to hit the anchors or face impending doom. Having quickly ascertained that I don’t need to brake any harder than I otherwise would, I’m left a bit confused and irritated. I could, of course, try to drive with a little more space around the car, but then I’d spend my commute being overtaken by drivers more eager to get to work than me and arrive sometime after lunch. Safety systems like brake assist, lane departure warning and blind spot detection are all brilliant inventions, but they must be accurate enough to intrude only on genuine threats. Otherwise you just end up suffering from warning light fatigue and feel more inclined to turn it all off. I’ll persevere for now, but here’s hoping Suzuki isn’t planning on presenting a self-driving car anytime soon...

The other area is the firm suspension, which admittedly imbues the Ignis with a sense of fun and sportiness. Unfortunately, when combined with the short wheelbase, it has a tendency to seesaw over speed humps. For something that looks designed to be an urban warrior, I’d want the suspension to be better resolved than this. Notes for the facelift, perhaps.

No such complaints about the four-wheel drive system. The Ignis and I may not have encountered snow this winter, but we have driven through a series of heavy and typically British storm showers. Instantly, it made me realise the decision for anybody to opt for all-weather stability in a small car isn’t a superfluous one.