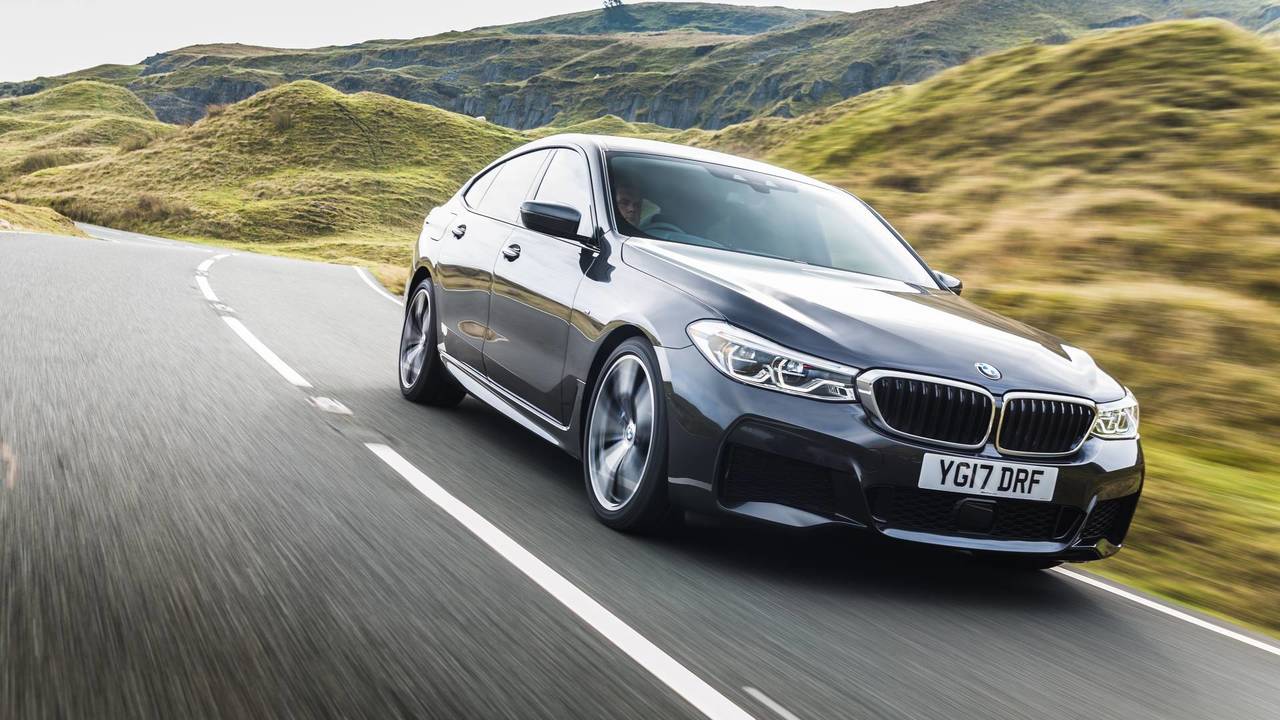 The new BMW 6 Series Gran Turismo replaces the old 5 GT, and does a fine job of it, too

Goldilocks has got nothing on you, has she? A BMW 5 Series Touring is just too fuddy-duddy to look at, a 7 Series also too boring (and expensive), and a 6 Series Gran Coupe not practical enough. Well, BMW has still got you covered with the new 6 Series Gran Turismo; the latest and biggest in the company’s line of swoopy, four-door, coupe-like-saloons-with-a-hatchback.

It’s the first in this class to be replaced, with its core rivals – the Audi A7 Sportback and Mercedes CLS also due to be replaced within weeks.

The BMW 6 Series GT is intended to be something of an all-in-one solution. Practical thanks to its big hatchback boot, yet more exotic to look at than a traditional estate, and offering a driving experience that’s comfort-oriented but still more sporty than the full chauffeur-spec 7 Series.

Style is critical, then, and the 6 GT certainly looks more gainly than the fat-bottomed 5 Series GT it replaces. There is still a whiff of humpback about the 6 GT, mind, but the sleek rear lights and aggressive front end all combine to make this a distinctive and suitably exclusive-looking car.

The cabin is much the same as that of the 5 Series (that's where a lot of the 6 Series GT’s architecture comes from, even if it sits on a 7 Series-sized wheelbase), which is no bad thing. A 10-inch, rotary-controlled screen perches on the dashboard as your window into everything you’ll need in the car, and the air-con and seat heating buttons beneath it are straightforward.

You get full electric seat adjustment as standard, plus digital dials and plenty of dense-feeling, textured, metal or gloss finishes around the cabin to make this interior pretty much as plush as a 7 Series. Cabin ambience and driver comfort are not things you’re going to be critical of, although the poor rear visibility is irritating. At least you do get front and rear parking sensors, while a reversing camera (which’ll cost you £195 extra on SE trim but is standard on M Sport) helps alleviate any parking anxieties.

Two people can lounge about in cosseted comfort in the back, especially if the electrically reclining rear seat backrests have been added. You can sit three on the rear bench, but it’s set up to be comfortable for two rather than spacious for three, so the middle passenger will be straddling a chunky centre tunnel and sat on a firm, raised seat base. The glass panoramic roof is standard on M Sport trim, which makes things much brighter for those in the back.

The long, electrically-powered hatchback boot opening reveals a long and reasonably deep 610-litre boot, that benefits from a knee-height load lip and flush boot floor. The 40/20/40 split rear seats topple remotely via a button in the boot although you’ll have to raise them manually from the side door. A 5 Series Touring is more practical and bigger still, but the 6 GT is impressively practical for a car that also offers styling so far removed from an estate’s boxy silhouette.

The BMW 6 Series GT lives up to its name, feeling like more of a comfortable, long-legged executive cruiser than anything else. Rear air suspension is standard although the 630d xDrive M Sport model that we drove had optional £1670 front air suspension as well.

The result is an indulgently cushy-feeling car that seems to roll the road into submission, even if it does fidget a touch more over coarse surfaces and shudder over a big pothole more than a 7 Series or Mercedes S-Class would. It’s still a notch closer to the limo class in the way it drives than it is the pointier, more immediate-feeling BMW 5 Series or Audi A4 estate models that are arguably also rivals to this big wedge of practical luxury.

Even when fitted with the in-line, 3.0-litre six cylinder diesel of this 630d model, the 6 Series Gran Turismo delivers a decent splash of vigour in corners if you stick it in Sport and thread it meaningfully down a country road. The xDrive four-wheel drive doesn’t make the GT feel understeer-heavy so much as stable and predictable, but you can have rear-wheel drive with this engine if that takes your fancy. Just avoid the optional four-wheel steering and variable-ratio steering response, as its responses are inconsistent enough to bother you even in mundane driving conditions.

Other engine options include a four-cylinder or six-cylinder petrol, the former being rear-wheel drive only and the latter xDrive.

Ultimately, this is a big car that does feel big on the road and, between that, the soft ride and the light, very detached-feeling steering, you’re more inclined to just sit back and enjoy the excellent refinement and comfort.

If you do want to get a move on, you can use the long-lived and hefty amounts of torque to sweep easily past slower traffic, so don’t discount the performance of this diesel model – it storms up the road at a serious pace if you want it to. And the eight-speed automatic gearbox is getting on for perfect, so you essentially never need think about it.

We did drive the 3.0-litre turbocharged petrol 640i GT as well, and found it to be a slightly more focussed-feeling car, but if you’re likely to do high mileage (as most GT drivers will), the better economy of the 630d is a no-brainer and this big diesel engine’s refinement and power delivery is always something that you’ll enjoy rather than endure.

Our money would go on a BMW 5 Series Touring, which is a mite less comfortable but is noticeably more fun and is still a deeply lovely car, plus it’s more practical and some £4k cheaper for an equivalent version. Then again, that sort of price difference is small fry in this segment, and the 6 GT is a rather more distinctive-looking car and is a bit better equipped.

Ultimately, until the new Audi A7 and Mercedes CLS arrive then it’s impossible to judge whether the BMW 6 Series GT is really top of its class. It is, at least, easy to see that those new rivals need to be better than ever if this sumptuous-feeling car is to be beaten.