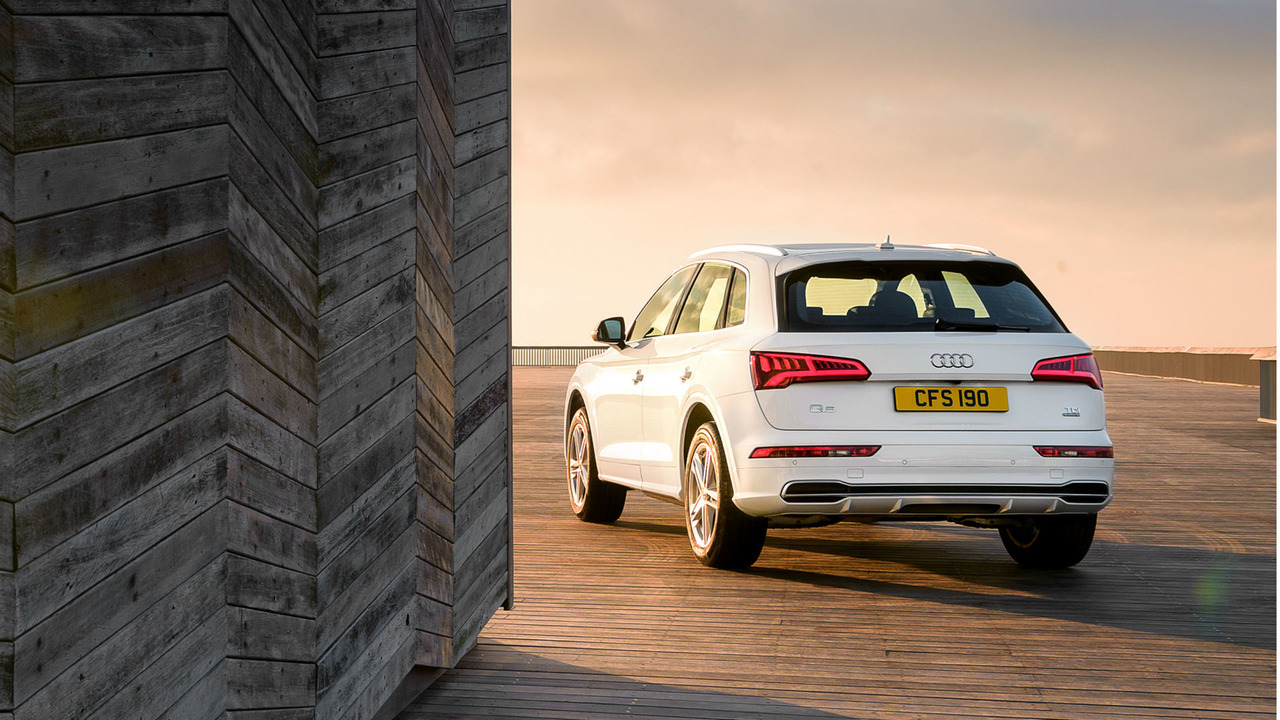 We drive the new Q5 TDI on UK roads for the first time. Does it rock the status quo?

Do not adjust your screen. This is indeed the new 2017 Audi Q5, although from certain angles – particularly the rear – even the most ardent car-spotter would struggle to tell it from the outgoing car.

Yet perhaps there is method in Audi’s mediocrity? The Q5 is world’s best-selling mid-size SUV, with 1.6 million shifted since 2008. So the company clearly knows what its customers want.

Nor has familiarity bred contempt. Even towards the end of its life, the Q5 was among the slowest depreciating cars on sale. One study by valuation experts CAP HPI put it ahead of the Ferrari California, Porsche 911 and Caterham Seven for retained value after three years and 30,000 miles.

The new Q5, then, has a relatively simple brief: more of the same, but better. If we were German, we might shorten this mission statement to something like Vorsprung durch Technik, or ‘progress through technology’. But we’re not German, so we won’t.

Look past the same-again styling and the Q5 remains a handsome SUV. Audi’s signature ‘singleframe’ grille is bigger and bolder than ever, flanked by slim headlamps, a strong shoulder-line and subtly flared wheelarches. You’ll need larger alloy wheels to fill those ’arches adequately, though – we’ll come to that later.

Inside, you’ll discover a cabin that’s near-identical to the A4 saloon. And trust us when we say that’s A Very Good Thing. The dashboard is stylish and logically laid-out, with a quality of fit and finish that’s impossible to fault. Rarely has that tired cliche about ‘Germanic build quality’ seemed more apt.

As you’d expect, there’s also a lengthy and potentially ruinous options list. Highlights include Audi’s show-stopping Virtual Cockpit (which replaces the standard dials with a 12.3-inch screen), adaptive air suspension, head-up display, park assist (steers the car into a space while you control the pedals), adaptive cruise control (maintains a set distance from the car in front) and a ground-quaking 17-speaker Bang and Olufsen hi-fi.

You’ll also need to choose an engine, of course. Buyers can pick from a 252hp 2.0-litre TFSI petrol or 190hp 2.0 TDI diesel at launch, with the racier 354hp 3.0 V6 SQ5 following in June. All come with seven-speed semi-automatic gearboxes (eight speeds for the SQ5) and Quattro four-wheel drive. The 2.0 TDI is likely to be the best-seller by some margin, with prices starting at £37,240. We sampled it in mid-range Sport spec, at £38,340 before options.

‘Refinement’ was the oft-repeated buzzword in Audi’s press conference, and for good reason. The diesel engine is near-silent unless worked hard, and there’s virtually no wind noise at motorway speeds. Factor in light steering, an unobtrusive auto ’box and good body control, and you have the ingredients for a serene and very relaxing driving experience.

The only fly in this otherwise-soothing ointment is ride comfort, which is rather firm for UK roads. The sport suspension fitted to our test car doubtless didn’t help, although it also wore the smallest 18-inch wheels. On rural A- and B-roads in Kent, it felt taut and occasionally jittery, while low-speed urban potholes resulted in thumps and thuds. Choose the full-fat 20-inch wheels at your peril.

In typical Audi style, the Q5 still conducts itself with an air of studied detachment. Its steering isn’t overly talkative and its chassis won’t entertain like a Jaguar F-Pace or excite like a Porsche Macan. Nonetheless, it feels able and assured, with confidence-inspiring brakes and ample traction from the torque-juggling Quattro 4WD.

One break with the past is that Quattro is no longer permanent. The Q5 is usually front-wheel-drive to save fuel; only if a loss of grip is detected does its rear axle join the party. The result is quoted fuel economy of 56.5mpg – joint-second in class with the Mercedes-Benz GLC 220d. Only the new Alfa Romeo Stelvio 2.0 diesel is thriftier, at 58.9mpg.

Weight-saving also helps Audi’s cause here. Clever use of aluminium and steel composites has trimmed up to 90kg – about the same as an adult male passenger – from its heft, despite increased length and height. Don’t get too excited, though: at 1,770kg, the Q5 is still around 200kg heavier (and 12mpg thirstier) than an equivalent A4 Avant 2.0 TDI.

As an SUV without sporting pretensions, it’s hard to see why you’d need more than this entry-level 190hp diesel. Yes, the effortless shove of a creamy V6 would be nice, but the 2.0-litre four is rarely left wanting. Acceleration is brisk (0-62mph in 7.9 seconds) and there’s plenty of mid-range oomph for overtaking.

Off-roading? No chance. Unlike its sister Volkswagen Tiguan, there are no options to boost the Q5’s rough-terrain ability. But that’s probably for the best; it would be a shame to get that beautiful interior muddy.

If you’re an existing Q5 devotee, you’ll discover much to love here. The 2017 Q5 offers improved refinement, cleaner engines, more technology and a plusher cabin. It all adds up to a car that’s painless to drive and unquestionably a pleasure to live with.

That interior alone almost justifies the price of entry, especially if you stretch your budget to a few choice options such as Virtual Cockpit and MMI Navigation Plus with Google Maps. Even after an overturned lorry transformed our B-road blat into a slow-moving slog, there was pleasure to be found in simply sitting there, marvelling at Audi’s excellent ergonomics, intuitive media system and peerless attention to detail.

Play-it-safe styling and dynamics make it hard to get excited about the Q5, and we’d caution against choosing sport suspension or overly large alloys. Even so, it’s hard to escape the feeling that this accomplished all-rounder will remain the default premium SUV.

Audi has indeed made ‘progress through technology’. But in doing so it has maintained the SUV status quo.