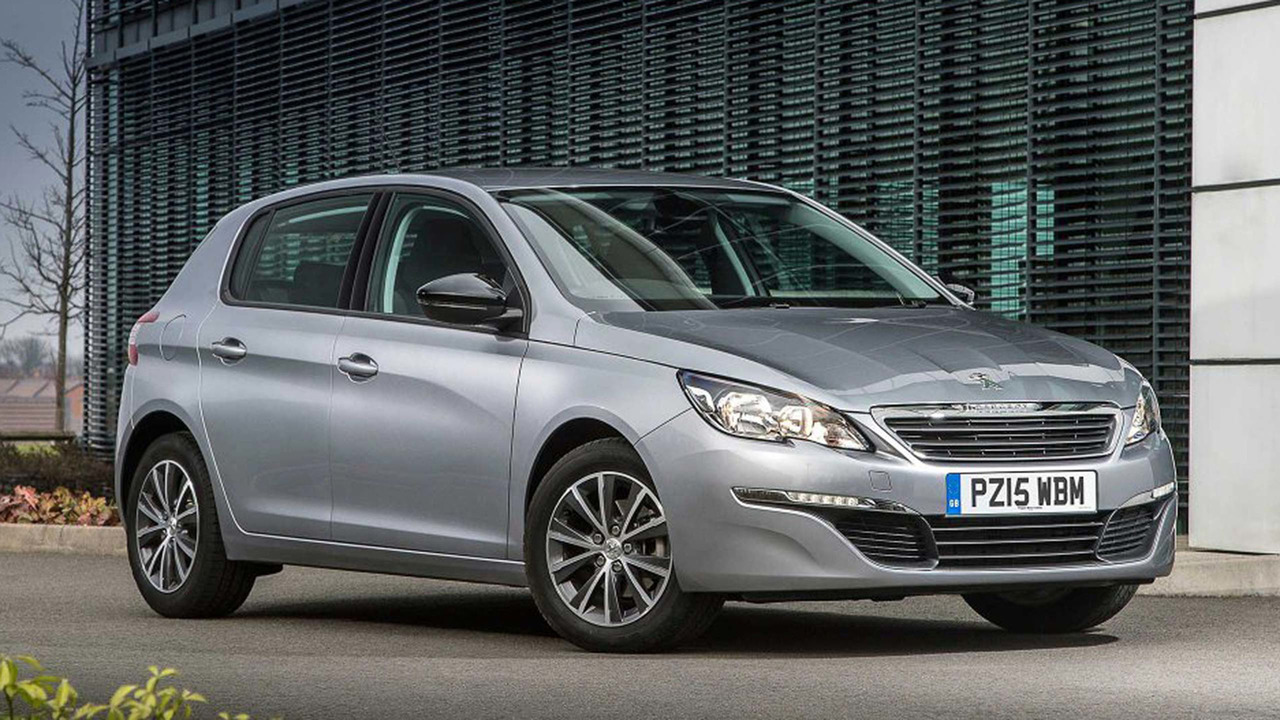 The Peugeot 308 was one of the first cars to benefit from the French firm deciding to raise its game in the late 2000s. The current version is all-new again, and yet another big step on, showcasing higher materials quality than ever, a continuation of the balanced driving dynamics Peugeot has captured lately and superb fuel economy. Ignore the 308 and you overlook a very fine mainstream family hatchback.

Did you know? Peugeot developed its first four-wheeled automobile in 1890. It was powered by petrol and had a number of unusually sophisticated components

Peugeot has laid the 308’s cards out for all to see. Areas like technology and boot space are either class-leading or close to it, while rear passengers are short-changed for legroom. The 308 is aimed more at parents with small children or couples without kids than it is at those with older, longer-legged offspring. Some of the technology is a little pointless, with simpler controls perhaps a better idea, but overall the 308 is compelling.

Aside from a rather plain grille, the 308 is a very good-looking car. Its lines are simple but classically beautiful, with good poise over its alloy wheels in mid- and high-spec trim clothes. Peugeot has lately been introducing a more feline look to its cars, inspired by the lion in its badge, and the 308 is probably the finest, best-executed example of that at work. This is a body that will age very gracefully, as if it were a four-wheeled George Clooney or Helen Mirren.

Peugeot is slowly but surely being moved upmarket by its parent company, PSA. It’s being separated quite clearly from Citroen’s increasingly quirky and fashion-led cars instead of having models treading on each other’s toes, as was the case a decade ago. Peugeot’s quality is rising, and slowly but surely, so will its image among buyers. The 308 already feels like it belongs at the sharp end of the class.

Few other cars of any size and type have attempted such a degree of digitalisation as the 308. The Audi TT is a notable exception, but the 308 is unique in the hatchback class for condensing even the heating and air movement controls into the main digital screen on all but the cheapest model that almost no-one actually buys.

Moving almost everything that used to be controlled via buttons and dials into a single touch-screen interface unit frees up an awful lot of space on the centre console. In theory that’s a good thing, delivering a cleaner look and fresh opportunity for the designers to work their magic in one way or another, but Peugeot seems to have got some of the details wrong. Shortcut buttons for the heated rear windscreen, demist function and hazard warning lights, among others, sit in a bland row beneath an even plainer, silver plastic strip above. A volume dial sits alone next to that. As a unit it looks like an afterthought that nobody knew what to do with.

It’s a strange oversight in an interior that’s otherwise lovely. The small steering wheel is a neat thing (once you’re used to it), the dials are easy to read, notwithstanding the anti-clockwise rev counter that takes a few drives to get used to, and the air vents are angular without trying too hard. Everything is simple, sober and professional, suggesting it will age well.

The 308’s rating for practicality depends on whether space for rear passengers is more important than room for luggage. It has a frankly enormous 470-litre boot that makes those at the back of the Volkswagen Golf and Ford Focus look tiny by comparison. On top of that there’s an extra 35 litres of space in a hidden compartment beneath the boot floor, taking the total to 505 litres - more, amazingly, than the Ford Focus estate. Only the larger Skoda Octavia has more space for bags.

But this vast luggage capacity comes at the cost of rear legroom. The 308 does worse here than most of its key rivals and it falls well short of the likes of the Octavia, Kia Cee’d and Nissan Pulsar. Drivers over six feet tall make matters even worse.

There’s a good standard of equipment on all 308s, but upgrades to wheel sizes and body trim accessories make higher models the more appealing. Entry-level Access gets a CD player, DAB radio, Bluetooth, air conditioning and a 12-volt power point ahead of the gearstick.

But where Access only gets a primitive cruise control system, Active adds a better one. It also upgrades the air-con to dual-zone climate control, a full set of electric windows and, crucially, the 9.7in multifunction colour infotainment screen through which almost all the car’s functions are controlled. Attempting to adjust the climate control temperature on a bumpy road is frustratingly difficult, though, and a set of ordinary dials would be better.

Achieving such an effective balance of ride quality, straight-line performance and cornering talent is no mean feat. The 308 feels reasonably alert; light on its feet and eager to respond to steering inputs. The 1.2-litre turbocharged petrol engine is a cracker, delivering lively acceleration around town, and the smooth BlueHDi diesels are some of the most refined offered in this class.

Turbo lag makes the engines feel soft and lacklustre when you first press the accelerator pedal, but impressive pulling power arrives after a split-second’s delay. Keeping the revs up releases more power and reduces lag to almost nothing. The 1.6 diesel is also wonderfully flexible, picking up smoothly from just 1000rpm and feeling far stronger than its figures suggest.

The smaller-than-typical steering wheel helps the car feel racier through corners, but in any case the 308 handles well, its body weight staying well controlled despite some roll and its supple suspension soaking up most of the road’s imperfections. Models with larger wheels start to suffer from skittishness over broken surfaces but turn into corners even more sharply.

The 308 makes no particularly special or uncommon concessions to safety, but it matches the typical array of passive and active features for the class. It has stability and traction control, three-point seat belts at all seats, six airbags and ABS with brake force distribution and emergency braking assistance, which applies maximum braking force if it thinks a driver is trying to stop in an emergency.

Euro NCAP awarded the car five stars, with especially high scores for the availability of active safety systems and for adult occupant protection. There are higher-scoring hatchbacks for child occupant and pedestrian safety, but the 308 still does well. Importantly, it drives with stability and gives confidence.

The choice of colours is a little disappointing, with eight of the nine options on the three less sporty trim grades falling into the ‘drab and sensible’ category. Fortunately, though, the 308 is such a pretty car that the likes of Cumulus Grey actually look classy more than boring.

GT Line, GT and GTi cars get one or two more exciting colours to choose from (the black and red ‘Coupe Franche’ colour split of the GTI needs seeing to believe), but fewer options overall. Again, though, the 308 flatters all the colours you can apply so you can’t go wrong.

The range is almost split into two sub-ranges. Access, Active and Allure are the non-sporty trio, with borderline-sporty wheels coming as standard on the Allure. These three models are the lower-key end of the range, defined by the Peugeot badge placement on the bonnet rather than the grille. All three have impressive kit levels, but Active and Allure stand out.

On the sporty side are GT-Line, GT and GTi. They get progressively firmer and are more targeted towards driving for pleasure. GT Line is purely an aesthetic exercise, sharing more in common on the road with an Allure car than a GTI, but GT is a true halfway-house, taking more powerful engines, lowered suspension and bigger brakes. GTI, only yours with the full-fat 270bhp engine, has the most driver-focused interior and the benefit of Peugeot Sport chassis development.

The GTI 270 is the real deal. It’s huge fun to drive courtesy of monumental mid-range torque from the 1.6-litre turbocharged petrol engine. Peugeot Sport has waved its magic wand over the chassis and created a platform that rides with suppleness most of the time, apart from over sharper bumps, and provides astonishing grip even in the wet. A Torsen mechanical limited-slip differential helps offer huge corner-exit grip for an exhilarating experience behind the wheel.

It also has specially-developed Alcon brakes, bucket seats and the option to specify the striking Coupe Franche two-tone paint, which looks great but could make future paintwork repairs a nightmare.

Part of how the 308 achieves such a positive stance on the road is its width. It’s far from huge but it’s a couple of millimetres wider than most cars in this class, and some people might choose to fold the car’s mirrors in before driving into their garage.

On paper the 308 records fuel economy so high that it looks impossible, but real-world testing shows that it’s easily one of, if not the outright most efficient car in the class. The diesels excel both on the motorway and around town, making light work of figures in the 60s. A steady motorway drive in the manual version can push past 80mpg, which is outstanding. Automatic diesels suffer significantly, sacrificing almost 20 per cent efficiency.

Servicing costs are neither cheap nor unduly expensive, with long intervals between work offsetting the slightly higher price on the day. Insurance is affordable thanks to small engines and good safety provisions, while emissions are incredibly low for most versions.

Peugeot has chosen to price the 308 competitively and include lots of standard features in an effort to escape from the cycle of heavy dealer discounting that it was formerly trapped in. At its cheapest, £16,375 is a bargain for the amount of everyday practicality on offer, but if you’re buying on finance, OK residual values means that the Allure, two entire trim levels higher, and with a better petrol engine included, can be as little as £4 more expensive per month, with example finance payments of £249 and £253.20 per month respectively with identical deposits.

Active trim is the best value, and for £19,525 it comes with features that not many similarly-priced rival cars have. Meanwhile, at the top of the range, the GT starts at £25,475 and the explosive GTI costs £29,335. 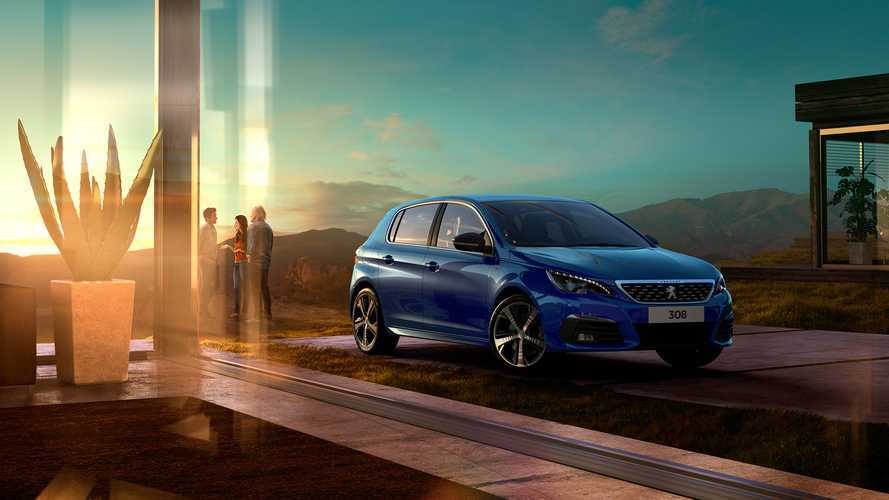