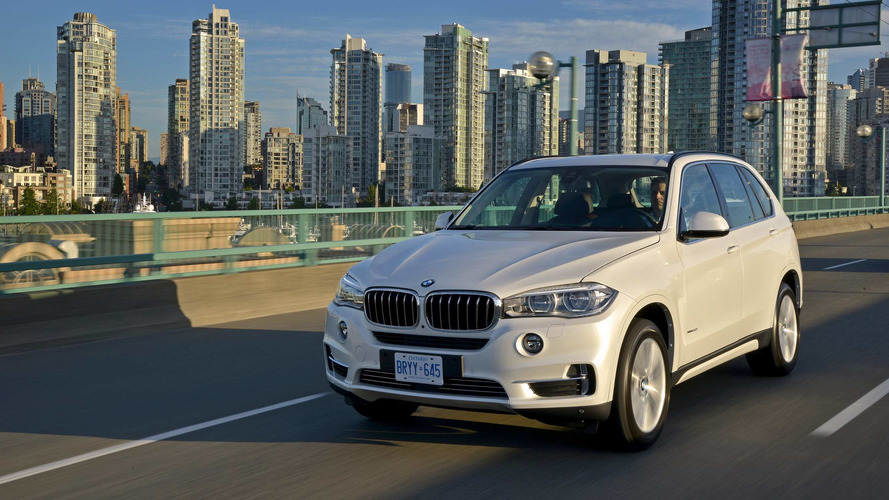 The BMW X5 is now in it's third generation, but how does it stack up against its rivals?

The X5 is BMW’s big, luxurious SUV, and the Munich company’s competitor for the likes of the Range Rover Sport and Mercedes-Benz GLE. This is the third generation of a lineage that stretches back to 1999. A controversial vehicle at the time, it has matured into a luxurious, sophisticated SUV. It’s not much good off-road – but that’s hardly the point nowadays, is it?

Did you know? BMW actually re-used the chassis and platform of the MkII X5 of 2006 for this generation. Doesn’t seem to have harmed it.

The second-generation X5 was something of a disappointment but this model has been a roaring success. It looks deeply handsome, has a terrific-looking, high quality cabin and it’s more or less brilliant to drive. There’s a wide range of engines available, but in the end the default-choice 30d 3.0-litre diesel is the best one.

Somehow, BMW has managed to create a large, imposing SUV that shares its handsome looks and lines with the 5 Series and 7 Series, in the process looking significantly less hulking and bulky than the rival Audi Q7. Its 5 Series-alike styling at the front also helps it to blend in a little better on crowded city streets, which is something of a boon in an era when ‘Chelsea Tractors’ are coming in for much criticism.

Image-wise, it’s pretty hard to beat. That original 1999 X5 was really the first large SUV that was in any real sense fun to drive, and while the second-gen dropped the ball on that front a touch, this current car has reclaimed the handling high ground. The original X5 effectively created the sporty, desirable SUV sector, and this model lives up to the legacy. But do most of the examples you see on the road really need tyres quite that wide?

Just to qualify that eight-star rating ever so slightly – it’s spec-dependent. If you spend no time at all browsing the options list and just leave your X5’s cabin in basic black and silver, it looks a touch plain. A bit of effort with leather colours, wood or carbon fibre effect trims and so on, though, and you get a cabin that treads an almost perfect middle ground between the 5 Series and the 7 Series in its style, quality and comfort.

You sit up high, of course, but not so much that you feel as if you’re tottering. You get a great view out but the view inside is almost better, from the clear, concise instruments to the standard-fit BMW Professional sat-nav with its big 10.2-inch screen. It’s just a lovely space in which to exist.

The X5 is hugely practical with one notable limitation. With 650 litres of luggage space it doesn’t have the biggest boot in the class (step forward the Audi Q7), but it should be more than sufficient for most needs. There’s also the option of two extra foldaway seats in the boot. The problem is that these seats, and indeed the main set of back seats, are all a bit short on ultimate space. Headroom is never an issue, but taller rear-seat passengers can sometimes feel short of legroom. Which they really shouldn’t in a car of this size.

Exactly how much connectivity do you want or need? Well, the X5 can provide it. Quite apart from expected tech options such as a head-up display, smartphone connectivity and charging and a DAB radio, the X5 benefits from BMW’s suite of Connected Services. Those include the optional Mobile Office function which, depending on your phone of choice, can help you (safely and legally) manage emails, calendar entries, text messages and more. There’s a speech-to-text function for composing replies, plus the ability to integrate such apps as Spotify, Audible, Twitter and more into the infotainment system.

Finally, there’s a BMW Concierge service which, at the touch of a button, can help you find a hotel, a restaurant or some other service where you are or where you’re going, make a booking and even send the directions directly to your satnav.

While the current X5 can’t quite match the sheer agility and fun factor of the 1999 original, it’s not far off. That’s quite a result for a heavier, roomier car with the option of extra seats in the boot.

The steering feels sharp and points that big, tall nose into corners with remarkable precision. The suspension’s control of the X5’s movements is fantastic, with an amazing ability to keep that hefty body level in corners, although that does come at the expense of ride quality. The X5 isn’t unyieldingly hard-edged, but the combination of stiff springs and run-flat tyres makes the X5 feel more firm than some of its rivals, especially around town.

Of the engines, the best by far is the 258hp '30d' 3.0-litre diesel, which has long been the go-to choice for X5 owners. It’s smooth, has more than enough power and torque (413lb ft of the latter) yet can be surprisingly frugal and low on emissions.

You can upgrade to the more powerful 313hp 40d version of the same 3.0-litre engine, which is hugely tempting (not least for its 464lb ft wallop of pulling ability), but is significantly more expensive. Both of those engines come with four-wheel drive as standard, but there is a more frugal rear-drive option, the 25d sDrive, using a twin-turbo 2.0-litre diesel engine with 231hp and 332lb ft of torque. It’s too good to be considered a poverty version, but it’s not as sweet as the 3.0-litre engines.

Petrol fans can choose from a storming 450hp 4.4-litre turbo V8 (which is glorious, but whose running costs are beyond the realms of most pockets) or the 40e iPerformance plug-in hybrid. That combines a 2.0-litre turbo petrol engine with a plugin hybrid module, which is efficient if rather disappointing to drive compared to a standard X5.

The current X5 has not been tested by Euro NCAP for crash safety, but the previous model BMW 5 Series, which shares part of its structure and mechanical package with the X5, scored a maximum five-star rating. So the omens for the X5 are good, as far as such comparisons allow.

Colours
Effectively there’s no limit to what colour and trim you can pick for the X5 because, if your pockets are deep enough, you can use the BMW Individual service that will do almost anything you want, for a sufficient fee.

The list of options for the X5 is close to endless, but you can keep things relatively simple and still have a decent specification. Standard kit is pretty good, but we’d add the Experience Design pack, plus some key safety options such as active cruise control and lane departure, plus the adaptive LED lights. Stick to a relatively sober grey or black metallic, as few secondhand buyers care for the brighter colour options.

You’ll need a big garage, because it’s not a small car. It does come with front and rear parking sensors as standard, which helps, and there are optional camera systems and a self-parking assistant that can ease your stress in tight confines.

No big SUV is ever going to be a star performer in this category, at least not in real-world terms. The obvious star performer is the 40e plugin hybrid, which has remarkable official figures of 85mpg and 77g/km of CO2, plus up to 19 miles on pure electric power once you’ve fully charged the batteries. The reality is rather more disappointing, with a real-world figure in mixed use closer to 30-35mpg. If you live in town and only use the car for short, electric only hops, then it could be for you.

The rest of us should stick to the 3.0-litre 30d engine. A figure of 156g/km isn’t perhaps the most impressive in this day and age, but it will return a realistic 35-40mpg overall, and will probably do better in daily driving than the more stressed 25d 2.0-litre engine. Once you start adding power, such as with the M50d, you’re into 173g/km territory, although the petrol V8 50i engine has surprisingly trim emissions of 224g/km or thereabouts, depending on the choice of alloy wheel.

The current X5 has not yet been subjected to any recalls, and you can avail yourself of BMW’s service-inclusive programme that covers the standard servicing costs for the first three years.

As with almost any BMW, the X5 is not what you’d call cheap. You can get a basic X5 25d sDrive for well under £50k, while the M Sport model that most buyers want will set you back more than £50k, and adding seven seats will cost a further £1000.

Ultimately, the X5 is competitively priced against its key rivals, particularly given strong PCP finance offers, and company car users will find the emissions on the 25d or the plug-in hybrid bring with it decent emissions and compelling company car costs.