Jaguar has launched a new mid-range version of the XF saloon and XF Sportbrake executive estate called the R-Dynamic Black. A development of the existing R-Dynamic S trim level, the new variants get extra styling and technology features, as well as a £37,535 starting price.

Following on from the arrival of the F-Pace and XE R-Dynamic Black models, the new XF variants are based on the mid-range R-Dynamic S trim. However, they differentiate themselves with black door mirror caps, side sills and window surrounds, as well as black rear badges and a black grille. Privacy glass is also included as standard, and you get 19-inch black alloy wheels over red brake callipers.

Inside, the black theme continues with Satin Charcoal Ash wood veneer, while bright metal pedals also feature. Jaguar has also fitted a fresh cabin lighting feature that offers a choice of 30 ambient light colours in place of the 10 available originally.

The XF also comes with Jaguar’s latest-generation Pivi Pro infotainment system, which comes with embedded apps including Spotify. It also comes with the Apple CarPlay and Android Auto smartphone integration system, although that tech will become wireless “soon” with a forthcoming over-the-air update.

XF customers will get a choice of three different engines, all of which are 2-litre, four-cylinder turbocharged units with mild-hybrid technology to harvest energy that will help the internal combustion engine along when it’s under load. The cheapest option is the D200 diesel, which produces 197 bhp and comes with an eight-speed automatic gearbox as standard. It also offers customers a choice of rear- or four-wheel drive.

Alternatively, you can choose one of two petrol engines. The P250 is a 247 bhp engine that’s also offered solely with an eight-speed automatic gearbox, but offers a choice between rear- and four-wheel drive. But the top-of-the-range option is the P300 – a 296 bhp engine that is only offered with all-wheel drive.

The rear-drive diesel is the most economical of the three, managing up to 64.2 mpg on the official economy test, whereas the equivalent P250 can only manage up to 40.9 mpg. It is noticeably faster, though, sprinting from 0-62 mph in 6.9 seconds – down from 7.6 in the diesel. 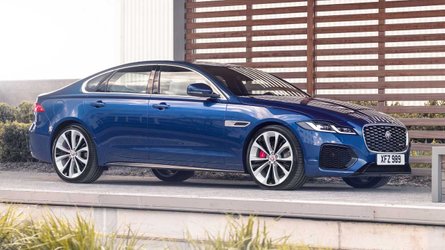 Jaguar XE and XF production paused due to supplier problem
⠀ 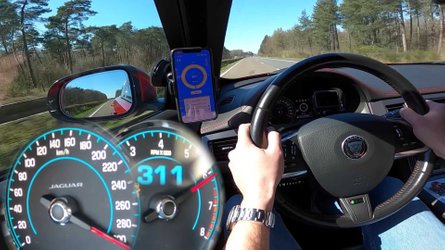