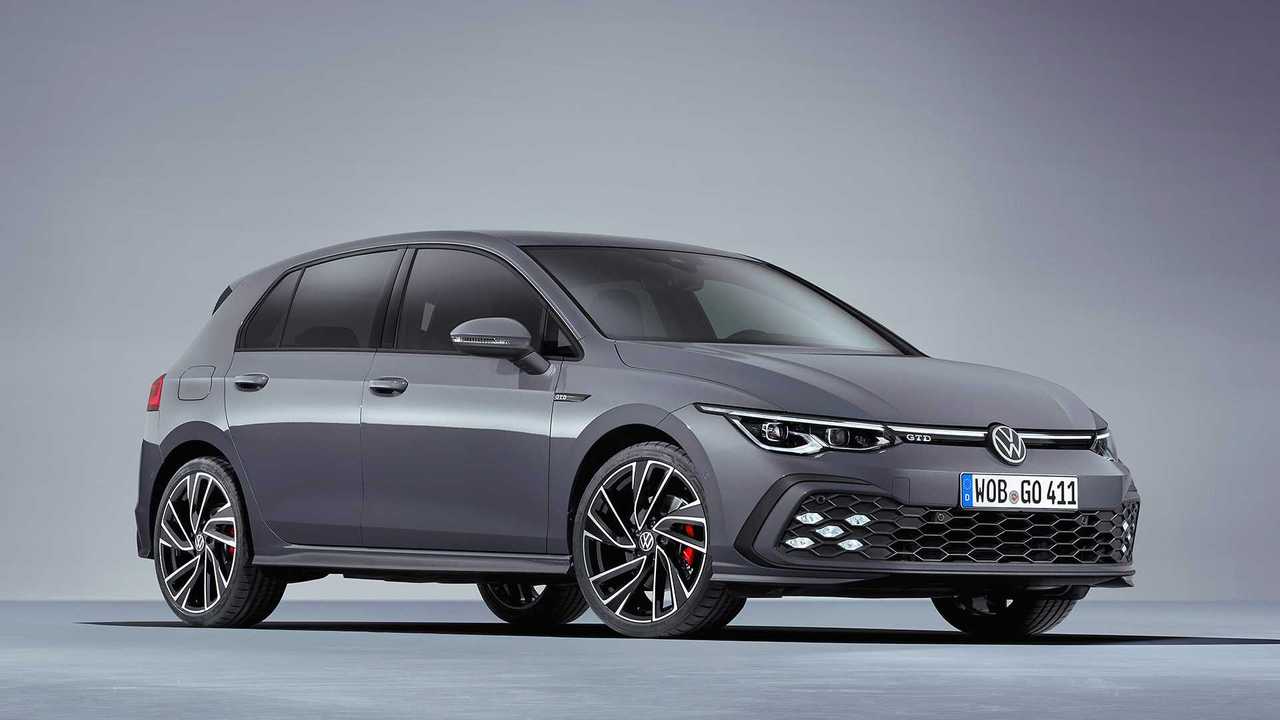 The diesel-powered hot hatch has 197 bhp.

Volkswagen’s diesel-powered hot hatch, the Golf GTD, is now available to order in the UK with prices starting at £32,790. The less famous sibling of the venerated Golf GTI, the latest-generation GTD comes with a 2-litre diesel engine producing 197 bhp and a beefy 295 lb-ft of torque.

With an extra 16 bhp over its predecessor, and a standard-fit seven-speed automatic gearbox, the new model is capable of 152 mph and a 0-62 mph time of 7.1 seconds. However, the diesel engine also means it’s economical, returning between 51.4 and 54.3 mpg on the official economy test and eking more than 600 miles from a single tank of diesel.

Like the GTI hot hatch and the GTE plug-in hybrid, the GTD has its own distinct image, with grey badging and grey trim where the GTI is red and the GTE is blue. However, the car gets the same illuminated grille, sportier bumpers and honeycomb LED front fog lights. The car is also marked out by its 18-inch ‘Bakersfield’ alloy wheels.

More on the Volkswagen Golf range:

Inside, the GTD is upholstered with a grey version of VW’s ‘Jacara’ cloth, a tartan-style pattern made famous in the GTI. The car also gets three-zone climate control and electrically heated and adjusted door mirrors, as well as sports seats. There’s an aluminium gear lever, too, as well as a heated, leather-wrapped sports steering wheel with paddle shifters.

Volkswagen is set to add to this line-up over the coming months with the launch of the ‘MkVIII’ Golf Estate and the high-performance, four-wheel-drive R model. The GTI and GTE have already been launched, and the ‘cooking’ versions of the MkVIII Golf have been on sale for a number of months.

“The Golf GTD is the third member of the Golf GT trio, each one featuring a different set of characteristics,” said Dale Piper, Golf product manager at Volkswagen UK. “The iconic, enthusiast-focused Golf GTI and the ultra-low emissions Golf GTE plug-in hybrid are now joined by the high-torque, high-performance GTD.

“The multi-award-winning new Golf family has options for everyone – petrol, diesel, mild hybrid, plug-in hybrid, performance petrol, and now performance diesel. With such a comprehensive powertrain line-up, it’s little surprise that the Golf is one of the UK’s top-selling cars, and with the GTD’s blend of performance and usability, the UK’s love affair with fast Golfs is set to continue.”