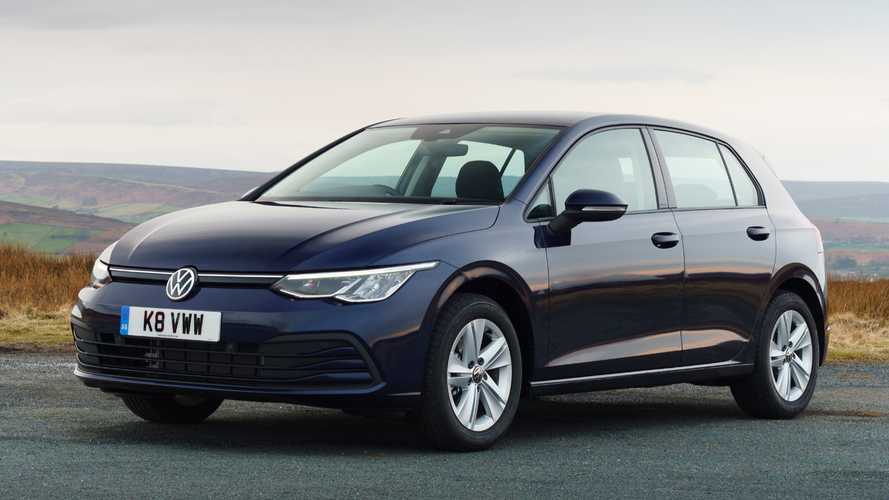 It's the latest addition to the new Golf stable.

Volkswagen’s recently revamped Golf hatchback has received a new petrol engine that slots in at the foot of the range. The new 1-litre turbocharged petrol engine sits below the previously revealed 1.5- and 2-litre petrol and diesel engines and brings the perennially popular family car’s starting price down to £23,300.

VW began taking orders for this, the eighth-generation Golf, in February 2020, before the 1.5-litre mild-hybrid engine joined the range a month later. Now, though, the entry-level models are joining the party, offering customers more affordable alternatives to the top-end and mid-range models available earlier in the year.

More on the new Volkswagen Golf:

New VW Golf arrives in the UK with prices starting at £23,875

The new base-spec engine is a 1-litre three-cylinder motor that uses a turbocharger to squeeze out 109 bhp. Paired with a six-speed manual gearbox, the petrol powerplant can take the family hatchback from a standstill to 62 mph in 10.2 seconds, while the top speed is 126 mph.

Officially, the engine will also return between 49.6 and 53.3 mpg on the combined WLTP economy and emissions test. Speaking of emissions - all-important as they are for those choosing a new company car - official CO2 emissions stand at between 121 and 129 g per kilometre travelled.

As well as that engine, the £23,300 starting price gets you the basic ‘Life’ trim level, which comes with 16-inch alloy wheels and a satellite navigation system. Those goodies come alongside automatic LED headlights and automatic wipers, as well as front and rear parking sensors, electrically heated and adjustable door mirrors, and ‘keyless’ push-button ignition.

Perhaps more impressively for what is an entry-spec model, the Golf Life also comes with Volkswagen’s Innovision Cockpit, which incorporates a 10-inch screen instead of a conventional instrument cluster and the 10-inch touchscreen infotainment system. Adaptive cruise control that maintains a safe distance to the car in front is included, too, along with a road sign display, lane-keeping assistance and an autonomous emergency braking system that automatically applies the brakes if it detects an impending collision.

“The Golf is one of the UK’s most popular cars, both for new- and used-car customers. One of the many reasons for its success is the way it offers compelling value for money, and this entry-point to the Golf 8 range is a great example,” said Dale Piper, Golf product manager at Volkswagen UK. “Featuring the latest technology and highest levels of quality – along with class-leading efficiency – this new 1.0-litre option brings the possibility of new Golf ownership to even more people.”