New VW Golf arrives in the UK with prices starting at £23,875 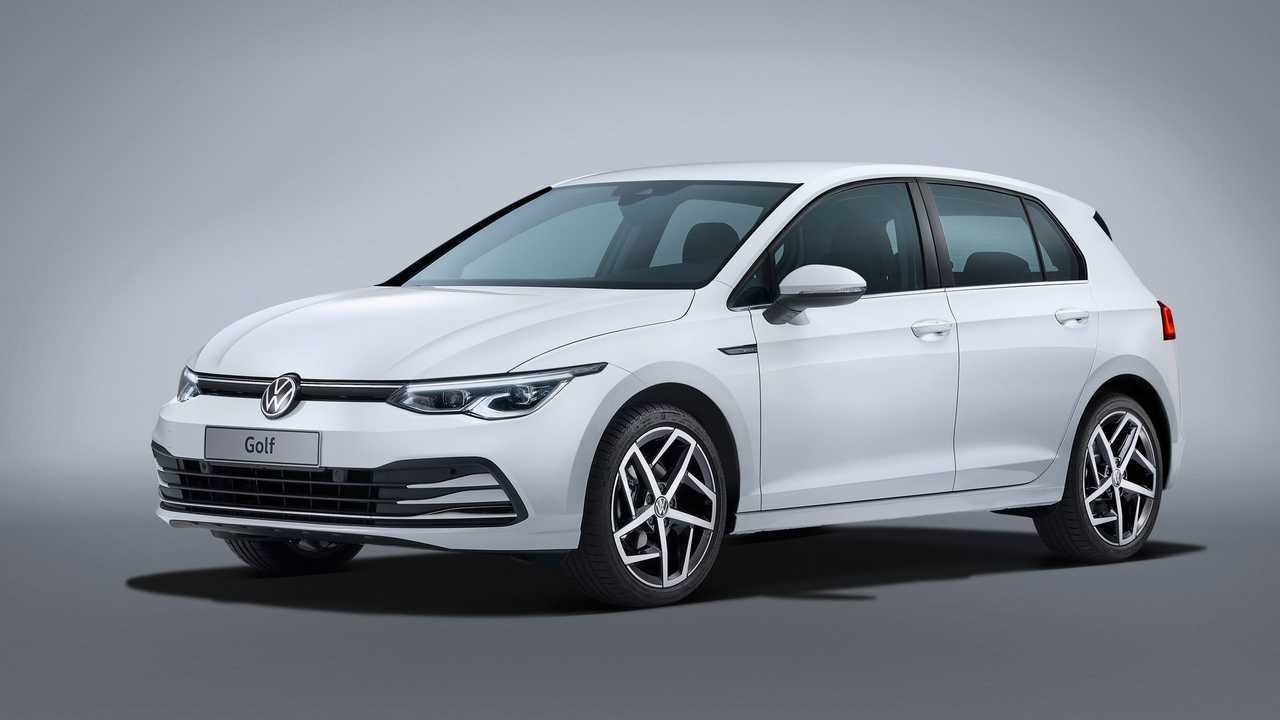 The new, eighth-generation Volkswagen Golf hatchback will go on sale in the UK tomorrow, with prices starting at just under £24,000.

More on the new VW Golf:

Volkswagen Golf gets all these variants in 2020
⠀

Described by Volkswagen as the “most connected” car the company has produced, the newcomer gets a fresh exterior design, a new cabin and extra tech. That includes connected car technology that allows the vehicle to communicate with other similarly equipped vehicles, allowing it to “pre-empt” hazards such as traffic or even emergency vehicles.

At launch, UK customers will get to choose from a relatively small range comprising just two trim levels and four engines. However, VW has confirmed that another trim and a fleet of alternative engines will arrive as the company ups production at its Wolfsburg factory in Germany.

For now, though, your £23,875 buys you the entry-level Life model, which is expected to be the top seller in the UK. Despite being the cheapest car in the range, the Life comes with 16-inch alloy wheels and automatic LED headlights, plus automatic windscreen wipers, rear parking sensors and automatic headlights.

Inside, there’s cloth upholstery with a pair of screens dominating the dashboard. In front of the driver is a 10.25-inch digital instrument cluster, while the centre of the dash features a 10-inch touchscreen infotainment system with satellite navigation and wireless phone connectivity. And there’s a suite of driver assistance systems to keep you safe, including adaptive cruise control that maintains a safe distance to the vehicle in front.

Under the bonnet, there’s a choice of three engines, with two petrol units and a sole diesel motor on offer. As standard, you get the 128 bhp 1.5-litre petrol, which gets a six-speed manual transmission, but you can upgrade to a 148 bhp version of the same engine. Alternatively, you can go for the 2-litre diesel engine, which sends 113 bhp to the front wheels via a six-speed manual gearbox.

If you upgrade to the Style version, however, you get more toys and a greater choice of engines. Included in the £25,470 asking price are some 17-inch ‘Belmont’ alloy wheels, plus sports comfort seats with ‘Art Velours’ fabric upholstery. You get ‘Luxury Brown Wood’ decorative inserts in the dash, too, and three-zone climate control.

And at the business end, VW will sell you the top-of-the-range 2-litre diesel engine, which offers 148 bhp. Unlike the other engines in the range, it delivers that power through a seven-speed automatic gearbox.

As 2020 progresses, Volkswagen will increase the choice on offer, with new R-Line, Estate, GTE, GTI, GTD and R versions of its perennial family favourite. The engine range will swell, too, with 1-litre three-cylinder TSI petrol engines, as well as eTSI 48V mild-hybrid 1- and 1.5-litre petrol engines joining the range. Model-specific, high-performance powertrains are expected for the GTI, GTD and R models, too.