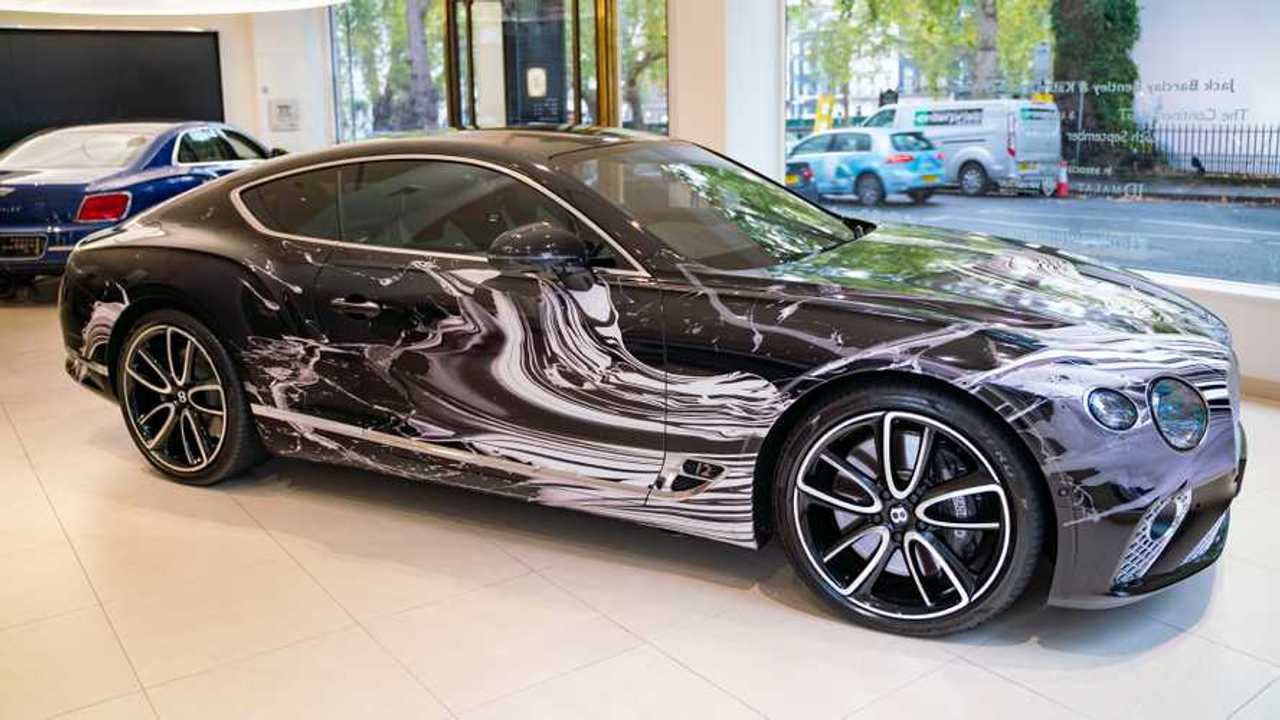 The W12 Continental GT is inspired by the speed of light. Apparently.

Save the planet, bid for this BMW i8 art car

Wrapped in a piece from Fridriks’ show, ‘Speed of Light - Commander’, the one-off grand tourer is designed to display “a sense of speed and motion, even at rest”. To create this impression, Fridriks sought inspiration from the fastest thing in the world - light.

For this car, Fridriks used a limited colour palette of shades between black and white, using the Bentley’s bodywork to help accentuate the design. The forms that adorn the car’s flanks are described as “abstract” and “organic”, with flowing streaks at the front and a splatter pattern at the rear. That is intended to dramatically change the car’s appearance depending on the viewpoint.

Fridriks’ design comes after her first solo exhibition at the JD Malat Gallery, which was themed around an unknown frequency between the colours black and white - an expanse Fridriks describes as the Grey Area. It’s this ethos that has been combined with speed to create the W12-powered art car on display in London.

The Continental GT will remain at Jack Barclay Bentley until October 7, before being hauled out for special events at the JD Malat Gallery. According to Jack Barclay Bentley, the Continental GT artwork “brings together” some of Mayfair’s oldest and youngest institutions. The dealership, which is now owned by the HR Owen group, is Bentley’s oldest dealer at 92, while the JD Malat Gallery marks its first anniversary this year.

“I’m so excited about working in partnership with Jack Barclay Bentley to create this unique, automotive artwork,” said Katrin Fridriks. “It’s the perfect marriage of the cornerstones of my art - capturing speed and energy, design, craftsmanship, precision and a strive for excellence.”

Under the skin, though, the Continental GT is a relatively ‘standard’ Bentley coupe. Powered by the flagship 6-litre W12 engine, which produces 626 bhp, the two-door coupe is capable of 0-62 mph in 3.7 seconds, before hitting a top speed of 207 mph. As standard, it comes with an eight-speed automatic gearbox and four-wheel drive, as well as leather upholstery, navigation and 21-inch alloy wheels, although the art car has the Mulliner Driving Specification 22-inch alloys.