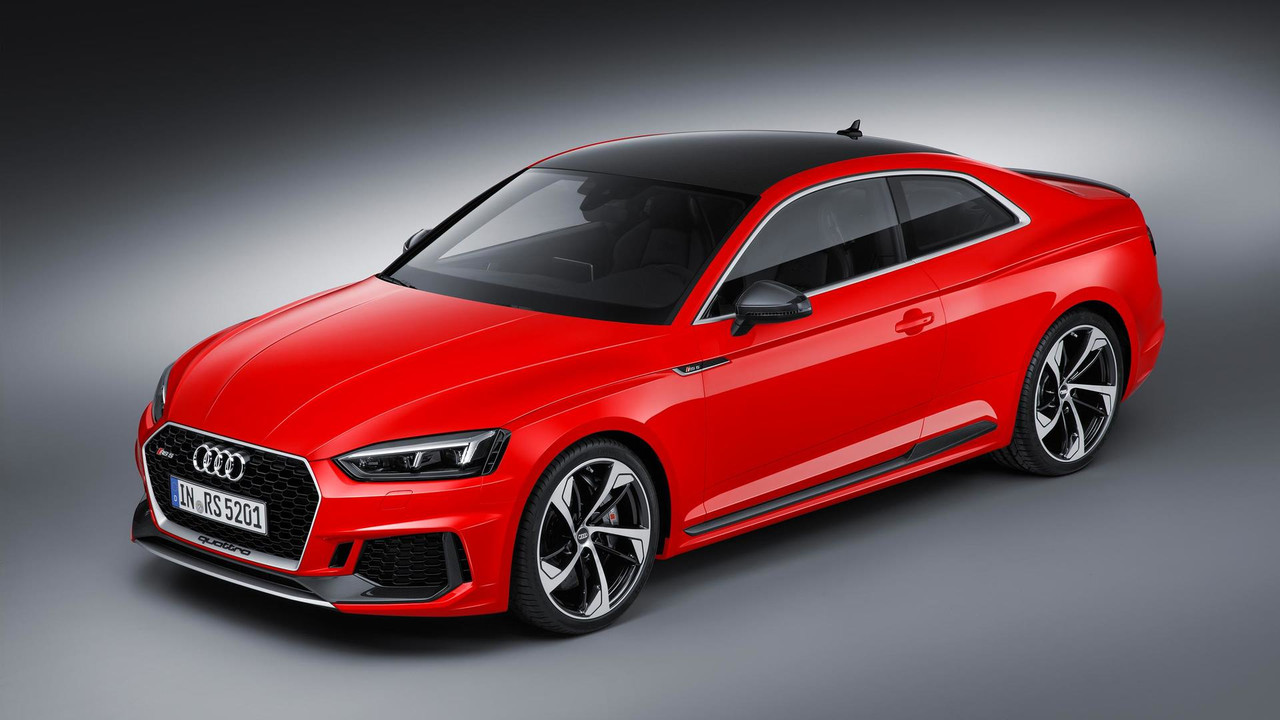 For the first time, the RS5 will be offered in five-door guise in the UK.

Audi's RS5 sports coupe has returned to the German manufacturer’s line-up with a starting price of just under £69,000.

The 2019 version of the go-faster model is now available to order, with just 500 examples offered to British customers in top-end Audi Sport Edition guise. That number is split evenly between the standard three-door Coupe model and the five-door Sportback, which is now on sale in the UK for the first time ever.

Both body styles come with the same 2.9-litre twin-turbo V6 petrol engine, which is mated to an eight-speed automatic gearbox. Together, they send 444 bhp and 443 lb-ft of torque to all four wheels via the latest iteration of Audi’s fabled Quattro four-wheel-drive system. That means 0-62 mph is dealt with in just 3.9 seconds in both the Coupe and the Sportback.

The two cars also include RS-specific rear suspension and a Quattro sport differential, which Audi says gives the car “even greater handling adjustability”. However, the differential’s characteristics can be adapted using the Drive Select button, which also alters the Quattro system, engine response, transmission shift points and steering weighting depending on which of the four modes is selected.

The £68,985 price tag includes plenty of aesthetic additions, too, such as the 20-inch alloy wheels, privacy glass and gloss black fittings around the grille, windows and door mirror housings. And at the back, Audi has also fitted a sports exhaust to ensure a fitting soundtrack.

Inside, meanwhile, the RS5 comes with part-leather, part-Alcantara upholstery with sports seats and diamond stitching. The cabin is adorned with piano black inlays, too, as well as a panoramic glass sunroof.

And the tech fans won’t be left wanting, either, thanks to the fully digital driver display - the system Audi calls the Virtual Cockpit - and the Audi Smartphone Interface, which incorporates Apple CarPlay and Android Auto. And as ever, there’s also Audi’s MMI infotainment system in the centre of the dashboard, offering satellite navigation and internet connectivity.

But the tech isn’t just there for show, with a range of safety systems featured as standard. The Audi side assist blind-spot monitoring system picks up any vehicles that may lurk in the blind areas over the driver’s shoulders, while hill hold assist keeps the brakes applied while the driver’s foot is moving across to the accelerator. And Audi has also thrown in the so-called Parking System Plus, which is essentially a package including front and rear parking sensors, as well as a reversing camera.

The 2019 RS5 Coupe and Sportback models are available to order now, with the first deliveries beginning later this month.