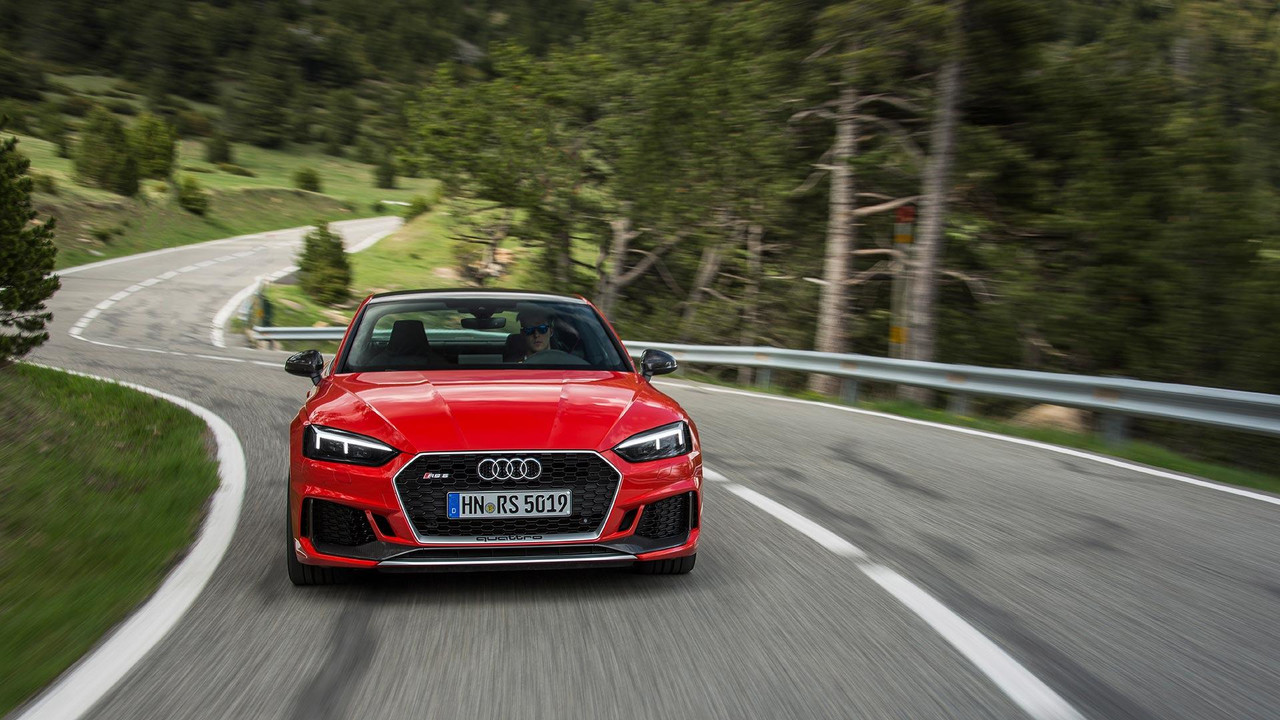 Some extra stuff for a £10k price premium.

Worried that your Audi RS 4 Avant and RS 5 Coupe models are bit too much of a bargain? Fortunately the German manufacturer has just the thing for you with its new Carbon Edition versions of each car that whack on £10,000 and £12,500 respectively.

The bodies have been upgraded on both models using parts made of carbonfibre reinforced polymer, including a new roof on the RS 5, as well as spoiler updates, sill extensions and wing mirror housings on both cars. A matte aluminium finish on the front grille and window surrounds add a little flair, as do privacy glass and special 20-inch alloy wheels.

These aren’t just cosmetic changes – using the lightweight but strong CFRP materials means weight savings of 80kg and 60kg on the RS 4 and RS 5 models.

There’s a new twin-turbo 2.9-litre V6 engine under the bonnet of both cars (complete with CFRP cover, of course), producing 444bhp and 443lb ft, the latter a not-inconsiderable 125lb ft increase on the previous V8 engine that powered the RS models. Each car gets an eight-speed automatic transmission, upgraded sports exhaust, quattro differential and all-wheel drive.

The combination of extra power, grippy traction and slightly less weight means a 0-62mph time of 3.9 seconds for the RS 5 and 4.1 seconds for the RS 4. Top speed is limited as standard to 155mph, but can be increased to 174mph if you hand over a few more pounds to the nice chap at the Audi dealership.

The standard specification fun doesn’t stop there – the cars even get fancier LED headlights that feature individual sections that deactivate to create what Audi calls ‘corridors of light’ around oncoming traffic and pedestrians to maintain visibility on the road without dazzling everyone else.

If you don’t feel like you’ve quite spent enough money, there’s an optional RS sports suspension available as well as ceramic brakes and dynamic steering.

Both models are already available to order from Audi – the RS 5 costs £75,400 on the road and arrives in December 2017, while the RS 4 model costs £71,625 on the road and will be arriving in the UK in March 2018. They’re not limited edition cars, but it’s reasonable to expect a certain amount of exclusivity.