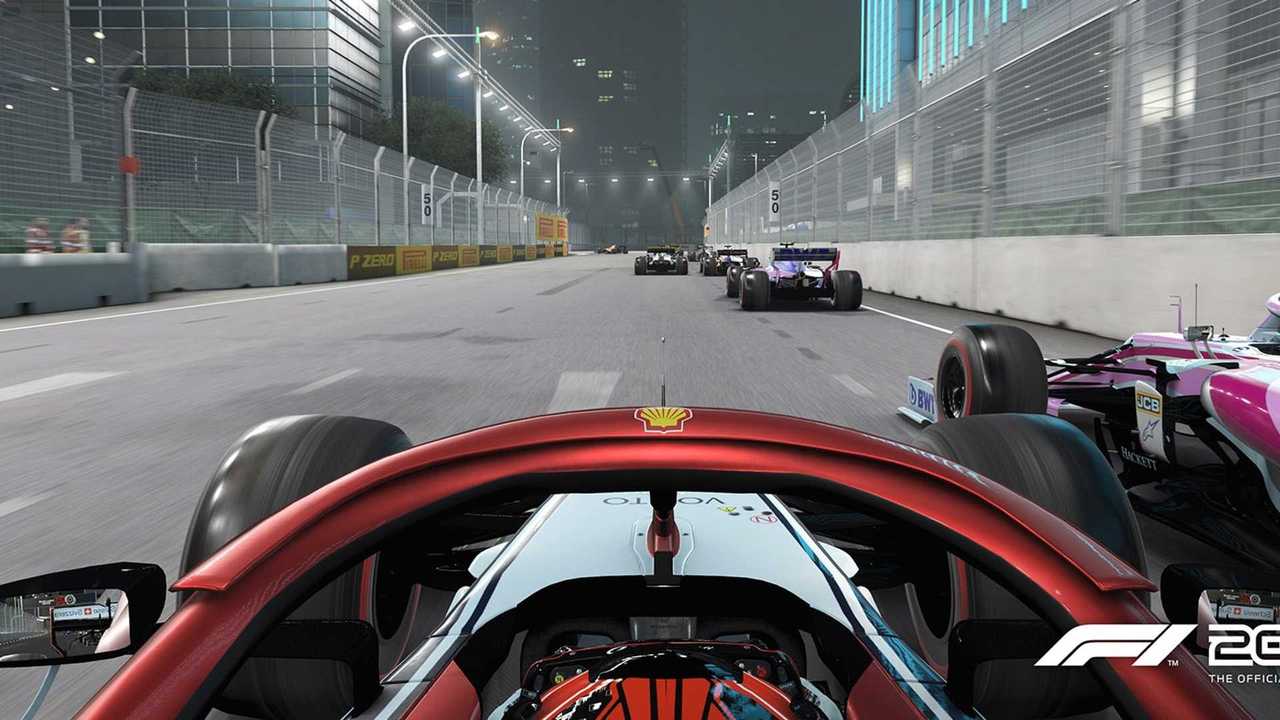 Codemasters has revealed how its comprehensive lighting changes will make night racing more realistic in the upcoming F1 2019 video game.

F1 2019 will release during the Austrian Grand Prix weekend and its main features include the first introduction of Formula 2, a Prost vs Senna offering and a greater online focus.

Motorsport.com first sampled the changes to the lighting effects during a preview event in Hamburg, driving both F1 and F2 cars on the Bahrain Grand Prix circuit in night-time conditions.

More realistic lighting reflection on the body of the cars, a telling difference when racing under lighting, and the dust kicked up by the cars during racing all feature as part of the overhaul.

The features can be seen in the comparison images of F1 2019 and F1 2018 that were released by Codemasters on Wednesday.

"Night lighting was one of our visual update priorities for F1 2019. We took the atmospherics system that we introduced in F1 2018 for day time lighting, and further developed this for the night tracks," said Campbell.

"We now have full atmospheric haze on night circuits, giving a true sense of depth.

"There's a lot of dust in the air on those circuits and, at night, the particles really interact with the strong trackside lighting. The atmospherics help pull the whole scene together and give a greater sense of realism.

"We have added volumetric lighting [a 3D computer graphic effect] to the trackside lighting, which results in the cones of light falling off from the light sources – another key factor in making night lighting look more realistic.

"Finally, we added night time specular [mirror-like reflection]. This was not present at all in previous games and made the night-time scenes look rather flat, and the surface materials ambiguous.

"The specular additions have made a huge improvement to the quality of the track materials at night. The extra surface information provided by this allows you to see all the surface details that were lost previously.

"The vehicle paint in particular looks amazing on the night circuits, and picks-up highlights from all those track-side light sources making it look incredibly close to TV footage of the sport itself."

F1 2019 will release on Xbox One, PlayStation 4 and compatible PCs on June 28, arriving almost two months earlier than F1 2018 did.

Codemasters also this month revealed its next game when it announced the revival of the GRID series and signed ex-Formula 1 driver Fernando Alonso as a driver consultant.