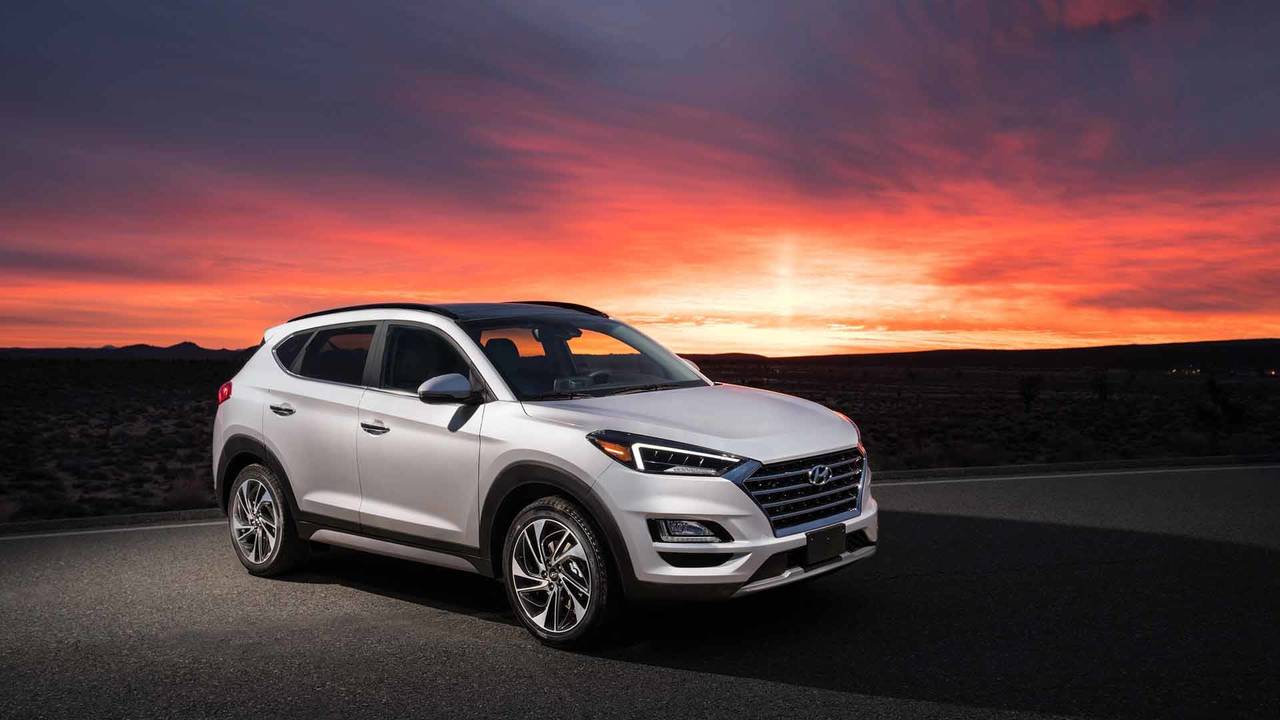 Sales will begin in the summer.

Hyundai has unveiled the latest iteration of its Tucson SUV at the New York motor show.

The car, which has been the Korean company's best-selling car in the UK and Europe since its launch in 2015, is both designed and built in Europe, and features a refreshed design, a revised powertrain lineup, and a host of new technologies.

At the front of the car is a new cascading grille, a refined new light signature with full LED headlights, and an uplifted bumper. Its a similar story at the back too with a new tail light and rear bumper design, and incorporating a new exhaust design. There's a new alloy wheel design too, while insides has been completely reworked to be roomier and more ergonomic.

'The New Tucson brings a fresh look, creating a consistent appearance with our latest Hyundai models, as well as a series of enhancements to the driving and ownership experience' said Andreas-Christoph Hofmann, head of marketing at Hyundai Motor Europe. 'With this major update, we expect the New Tucson to remain highly attractive to our customers, who consistently make it our best-selling model.'

The New Tucson will come with four engine choices – two petrol and two diesel – the most powerful being the 183bhp 2-litre diesel engine, mated to a six-speed manual transmission and four-wheel drive. Alternatively there's a 1.6-litre diesel with 113bhp or 131bhp. The two petrol options are a 1.6-litre GDI with 130bhp, or a turbocharged version with 175bhp. Both petrol models can be specified with front-wheel drive, while the higher-powered engines across the range can be specced with a seven-speed dual-clutch transmission.

The European debut of the car will take place in the coming weeks, with sales starting this summer.