The best-selling EV of all time reigns supreme over the Ioniq 5 in a comparison test by WhatCar? UK.

The Tesla Model 3 remains the go-to EV for many first-time electric car buyers. It’s made by the world’s undisputed EV leader, has a great charging network, brilliant tech and more than enough range (even in SR+ guise). That said, we’ve now reached the point where traditional OEMs are beginning to catch up.

In particular, there was much excitement surrounding Hyundai’s first EV based off a dedicated platform - the Ioniq 5. A half-crossover, half-hatchback the Ioniq 5 is aimed at both the Tesla Model 3 and Y. However, from a pricing perspective the Ioniq 5 is much closer to the Model 3 – which is arguably why WhatCar? pitted the 3 against it.

Reviewer Doug Revolta tested a Premium trim AWD Ioniq 5 (equipped with the larger 73 kWh battery pack) against a Model 3 Standard Range Plus. He started off with the interiors of both. The Model 3 is minimalist with better quality than before and great infotainment. Meanwhile in the Ioniq 5 materials feel a bit cheap with limited steering wheel adjustment. The Ioniq 5’s infotainment is good but not quite as impressive as Tesla’s system. Rear space is marginally better in the Ioniq 5, however the Model 3 has more trunk room.

0-60 mph takes around 5 seconds in both, which he noted is more than quick enough for the majority of people who'll be buying these cars. The Model 3 managed a real-world range of 214 miles meanwhile the Ioniq 5 was quoted at 247 miles. That said, the Model 3’s efficiency was better. The Ioniq 5 can charge faster, with 350 kW charging enabling a 0-80% charge in under 20 minutes.

In terms of self-driving capabilities, the Ioniq 5 can be equipped with a similar level of autonomy to Tesla’s Autopilot. From a driving perspective, the Ioniq 5 rides well but isn’t too fun around corners. The 3 is more agile, but less smooth.

Revolta concluded that both the Ioniq 5 and Model 3 are great cars. But the Model 3 is better to drive, has superior tech and is an all-round better performer – hence it’s his winner. 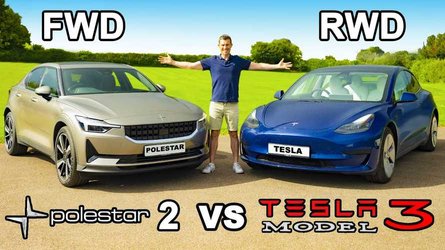 UK: Tesla Model 3 vs Polestar 2: Which is the best single-motor EV?
⠀ 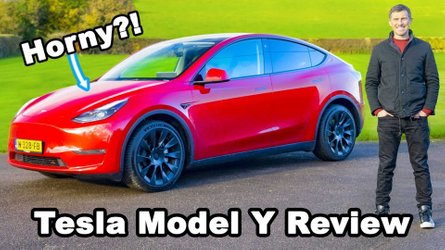 Is the Tesla Model Y the best electric SUV? Not really, says Carwow