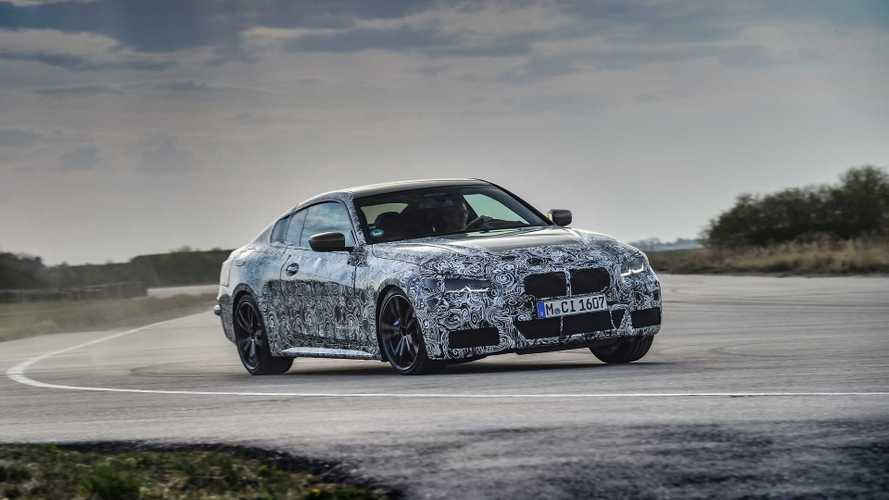 Beyond those big kidneys, what can the new BMW 4 Series coupe do?

Editor's Note: Motor1.com Germany recently tested a pre-production prototype of the upcoming BMW 4-Series. You can find the original post, in German, here.

If you're a BMW test driver working on the new 4 Series, you must be frustrated. You bust your bum every day to develop a car that will be different than the 3 Series – both visually and dynamically – and yet, all people talk about is the chunky piece of plastic between the headlights.

The new extra-, extra-, extra-large kidney grille is the main attraction in BMW's upcoming mid-range 4 Series coupe. The car isn't official yet, but rest assured it will be extremely controversial when it debuts, much like the Concept 4 that the Munich-based company showed at the Frankfurt Motor Show in 2019.

Daniel Ferrufino, head of the 4 Series (including the i4), seems to live with that frustration pretty well, though: "People are talking about the car more than ever before, and that's good. Many 4 Series customers wanted more differentiation from the 3 Series and they're definitely getting it now."

That radical thinking not only applies to the grill, but to every other part of the bodywork as well. The use of more solid, high-strength steels and aluminium (including on the doors and the front end) should knock a few pounds off. The windscreen and rear window are flatter, too, and the entire rear three-quarter, with its unusually muscular shoulder line, is completely different.

Even with heaps of camouflage covering it, you can already see that the new proportions are tight; the front end is nice and flat and the side profile forms seamlessly into rear. This should contribute to a drag coefficient that's another 0.015 points better than the already excellent 0.23 cD of the current 3 Series. Furthermore, the 4 Series is a few centimetres longer with the same wheelbase.

But enough about the design – we're driving early prototypes with no sign of the massive kidneys yet. This is about driving dynamics, anyway. Ferrufino says that the 3 Series offers an excellent starting point, but then he mentions an armada of optimisations that have probably never been done to this extent before.

These are the most significant changes over to the 3 Series at a glance:

According to the series manager, all of this ensures "a more confident driving experience, with less work to do when you're pushing the limit."

To see if we can feel the difference between the 3 Series sedan and 4 Series prototype, first we drive the 430i with rear-wheel drive, an M sports suspension (here the variable sports steering is basically included), and an M sports differential.

The cockpit of the prototype is still largely veiled. But a peak under the black mats reveals that it won't look any different than the current 3 Series. The door is clinked shut with the hollow rattling of a typical pre-production car. Engine on, and in the digital instrument display appears a short animation of the finished 4 Series. We won't give too much away, but the mega-kidney is coming, friends – you can be sure of that.

Our driving route takes us along wonderfully winding country roads into the town of Hallertau, the centre of Bavarian hop-growing. Not only does Hallertau deserve praise for its contribution to glorious Bavarian beer, but also for its sensational curves – curves that the 430i handles quickly and with an amazing feeling.

The 258 bhp turbocharged 2.0-litre gets a new exhaust gas purification system with an optimised NoX catalytic converter that makes it fit for European emissions standards. Much more impressive, however, is the development that engine has undergone in the past few years. This four-cylinder feels ambitious, responds sensationally, with lots of power, and even sounds great. It's certainly one of the best four cylinders out there, nobody really needs more.

"This is a modern BMW with a lot of character, and a configuration definitely worth considering."

The 4 Series with the lighter four-cylinder engine and rear-wheel drive is top form. The steering isn't the best in terms of feel at hand, it's still a bit heavy and rubbery, but it responds well to what's happening underneath you. That works.

All in all, the 4 Series feels a bit more agile and more direct than the current 3 Series. What is particularly nice, however, is that it feels more natural – at least in this configuration – than some of the other cars from Munich. The suspension is firm, but it can still move, creating a playful, more analogue handling feel and offering a better knowledge of the approaching limit. And it's also much more fun. Moreover, the turbo 2.0-litre has enough juice to make the charm of the rear-wheel drive tangible at all times.

This is a modern BMW with a lot of character, and a configuration definitely worth considering.

Is The M440i xDrive Any Better?

It all depends on how you like your sports coupe. This version is noticeably firmer than the four-cylinder model, but it's more focused and more active, too. It also feels more jittery and nervous, and not everyone (myself included) is a huge fan of that feeling.

The M-Performance 4 Series has the adaptive M-suspension, though, BMW doesn't say exactly what else will distinguish the most-powerful 4 Series from the others for the time being. But like the M340i, there will definitely be more aggressive suspension kinematics, larger brakes, and special setups for springs, dampers, and steering. And the electronic rear differential is standard.

That's exciting, especially when equipped to a turbocharged 3.0-litre six-cylinder engine. This motor delivers 374 bhp and 369 pound-feet of torque. But here it comes with a 48-volt mild hybrid system; that's a first for a BMW petrol engine and the first for BMW a six-cylinder.

The entire powertrain setup weighs 32 kilograms (71 pounds) and delivers up to 11 bhp boost power via the starter generator for a maximum of 10 seconds. At speeds of up to 100 mph, motor-off sailing is also possible, even in comfort mode. BMW also promises improved response at low engine speeds.

In normal operation, we barely notice the advanced engineering under the bonnet. Probably because the 3.0-litre engine reacts insanely well to the throttle, and is an absolute delight otherwise. This car is so powerful and lively that you really have to wonder what the upcoming M4 will be capable of. But we'd like a more authentic feeling from this car. Because, while the M440i passes all of our dynamic tests with flying colours, it can't shake a certain synthetic quality.

Its all-wheel drive system is superbly tuned, emphasising the rear end with all its traction. And the agility of the car is more than impressive. However, the 440i is designed so focused on dynamic performance that it almost feels like a computer game. Perhaps the 95 percent finished vehicle could be softened up a little in this respect.

What Else You Should Know

The standard sport seats fits like a glove and are extremely comfortable. BMW is also quite proud of its rear seat; and that's largely justified, as a brief seated test proves. For your six-foot one-inch tall author, head space is a little tight but leg and shoulder room is generous.

Visually, BMW will show a lot of courage with the new 4 Series. But in terms of driving dynamics, there's little to fear. During the first pre-production drive, the car appeared to be extremely active, yet at the same time, very mature. The official debut of the BMW 4 Series should take place in June. Then we'll finally know both how it drives, and how big those kidneys actually are. 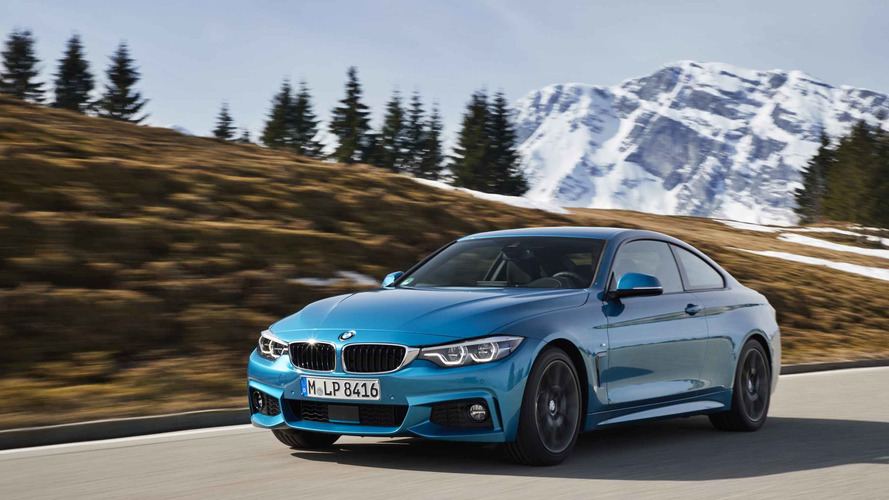