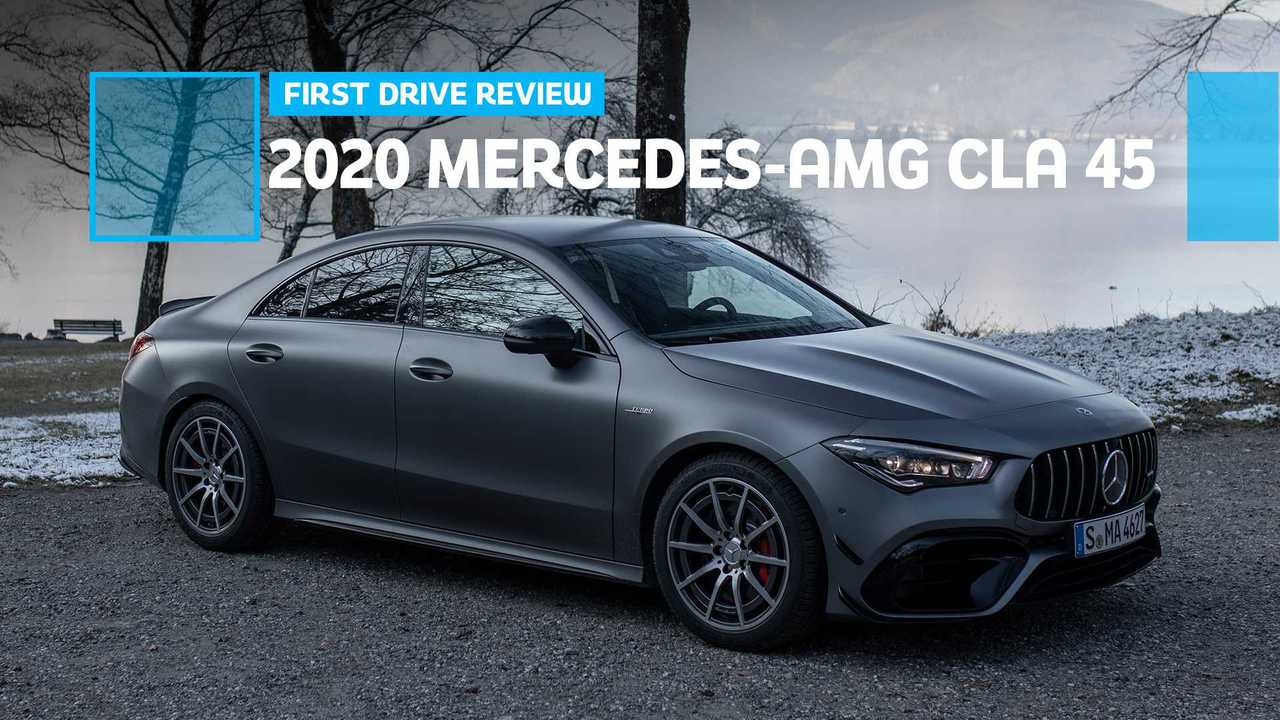 The most AMG of the AMG models is great, but many unanswered questions remain.

With respect to all the great V8-powered models of Mercedes-AMG's last generation, the best example of the brand in the last several years has been the diminutive Mercedes-AMG CLA 45. Yes, that tiny, swoopy, four-cylinder saloon, was truer to the AMG brand's ideals than more iconic models, like the E63 or C63.

It was aggressive, uncomfortable, incredibly powerful, and beyond all, fun to drive. That it came from such humble beginnings – the base model carried a sub-£40,000 price tag and a turbocharged 2.0-litre engine that was the living embodiment of the phrase “just fine” – made AMG's transformation to raw, unfiltered performance all the more impressive. You were always close to the action here.

Now not only is there a new CLA but also a new CLA 45 AMG, once again packing the most powerful production four-cylinder engine on the planet. Still based on a humble (yet stylish) saloon, the second-generation CLA 45 AMG elevates the performance envelope. We think. A limited stint in unfavourable conditions prevented us from giving a final judgement on the CLA 45. When we finally give it a proper test, though, we suspect this hot saloon will probably be a stand out in the AMG range once again.

Turbocharged 2.0-litre engines are probably the most common powerplants in new vehicles today. There isn't a one that can hold a candle to the CLA 45's new M139 engine, though. This is the most powerful production four-cylinder in the world, packing 382 bhp and 354 pound-feet of torque. It's a monster of an engine, able to get the CLA 45 to 60 mph in a manufacturer-estimated 4.0 seconds (a tenth faster than the old CLA 45).

Our tester was even more potent with the S model which packs 416 bhp and 369 pound-feet of torque, and was the only power output available for us in Germany. Weirdly, though, the extra power doesn't improve the time it takes to hit 60. The CLA 45 here still adds seven horses and four pound-feet of torque over last year's model, and a healthy 80-bhp and 59 lb-ft advantage over the CLA 35.

But simple numbers undersell how unique this engine is. Mercedes-AMG installs it backwards in the engine bay, a design unique to the CLA 45 that puts the intake system at the front of the engine bay for improved aerodynamics and better breathing (both on the intake and exhaust end). There's a new twin-scroll turbocharger, and although the this engine doesn't benefit from the electric compressor found on AMG's mild-hybrid 53-series cars – that advanced setup virtually eliminates lag – it does get bits from the twin-turbocharged 4.0-litre V8 that help reduce the time the turbo needs to spool. And without getting too far into the weeds, AMG's engineers improved the four-cylinder's fuel injection system, added larger exhaust valves, and reduced friction between the cylinders and pistons. It’s a wonder of four-cylinder engineering.

Unsurprisingly, with so much new, the latest CLA 45 stands out from its predecessor. This engine's soundtrack is fantastic, like an angry 1,000-cc motorcycle engine from Ducati or MV Agusta with a brawny, sonorous sound. We'd like more drama, though. Drive any other AMG and there's plenty of popping and crackling and other fun noises out the back. Those are absent in the CLA 45, even with the nifty dual-mode, quad-tipped exhaust system. We also noticed some imbalance in how the engine noise enters the cabin – Mercedes amplifies the engine note through the speakers but, particularly when we were sitting in the passenger's front seat, it seemed like all the noise was coming from the A-pillar.

As the most powerful four-cylinder on the road, the CLA enjoys impressive performance off the line and near-limitless punch in the middle of the rev range. With a maximum engine speed of 7,200 rpm, the CLA 45 is constantly tempting its driver to push a little bit harder. Unlike a lot of turbocharged four-cylinders, the power never really abates at higher rpm and wait a little bit longer before calling for an upshift.

That said, peak torque is only available from 4,750 rpm to 5,000, which is a far leaner spread than most new turbocharged engines, which make less torque but lather maximum output between several thousand rpms. While the latter approach might result in more effortless performance, the CLA 45's strategy makes for the more involving driving experience. Mercedes also used a technique called “torque shaping” while developing this engine to balance out peaks and valleys in the torque curve, so even though peak twist is only available across 250 rpm, the torque delivery is powerful and linear.

When the tach needle runs out of room and the time comes to grab a new gear, an eight-speed dual-clutch automatic is on standby to send power to a 4Matic all-wheel drive system. The former is aggressive and quick to engage from a standstill, while all but the most relaxed (Comfort) or restrained (Slippery) driving mode enables allow rapid-fire shift speeds, both up and down. That said, the cars we drove felt like the gearing was too aggressive in first and second gear. The power is so abundant and the engine revs so quickly and freely that having a bit more breathing room before upshifting might be worth sacrificing some of the impressive acceleration.

The CLA 45 packs a standard 4Matic all-wheel-drive system, torque vectoring, a Slippery drive mode, and our tester’s Michelin Pilot Sport Alpin winter tyres, we should have made short work of the slightly slick conditions on our drive from Munich to Innsbruck, Austria. Repeatedly on the route, though, we found the CLA feeling twitchy and unsure. A particularly butt-puckering moment early in our drive came at a roundabout, where our winter-rubber-shod car suddenly washed out on black ice. There was also a distinct lack of stability from the front end and through the steering on the Autobahn – we barely cracked 200 kph (124 mph) before backing off because we didn't feel comfortable – and on the forested roads sprinkled between Munich and Innsbruck.

This isn't to criticise the CLA so much as to say that we simply weren't able to judge how it handles based on our morning of seat time. It looks grand on paper, of course, with McPherson struts in front, a four-link setup in back, and three-mode adaptive dampers at all four corners. Getting nittier and grittier, the CLA 45 also benefits from its own unique geometry on the front suspension that helps mitigate bad manners when accelerating, and suspension designs that reduce unsprung mass. There's a lot of promise here.

The CLA 45 S 4MATIC+ starts from £52,145, while the CLA 45 S 4MATIC+ Shooting Brake is available from £53,570. Despite our lack of seat time in the CLA 35, and the limited conditions of our CLA 45 drive, it's hard to render a verdict on this car. It was a good amount of fun to drive, but unlike yesterday's test in the GLE 53 – a vehicle far better suited to wintry, Alpine conditions – there were simply too many unknowns. That said, based on this small taste in Germany, we can't wait to explore more of the 2020 CLA 45.