McLaren Senna GTR first drive: Off the leash in the UK 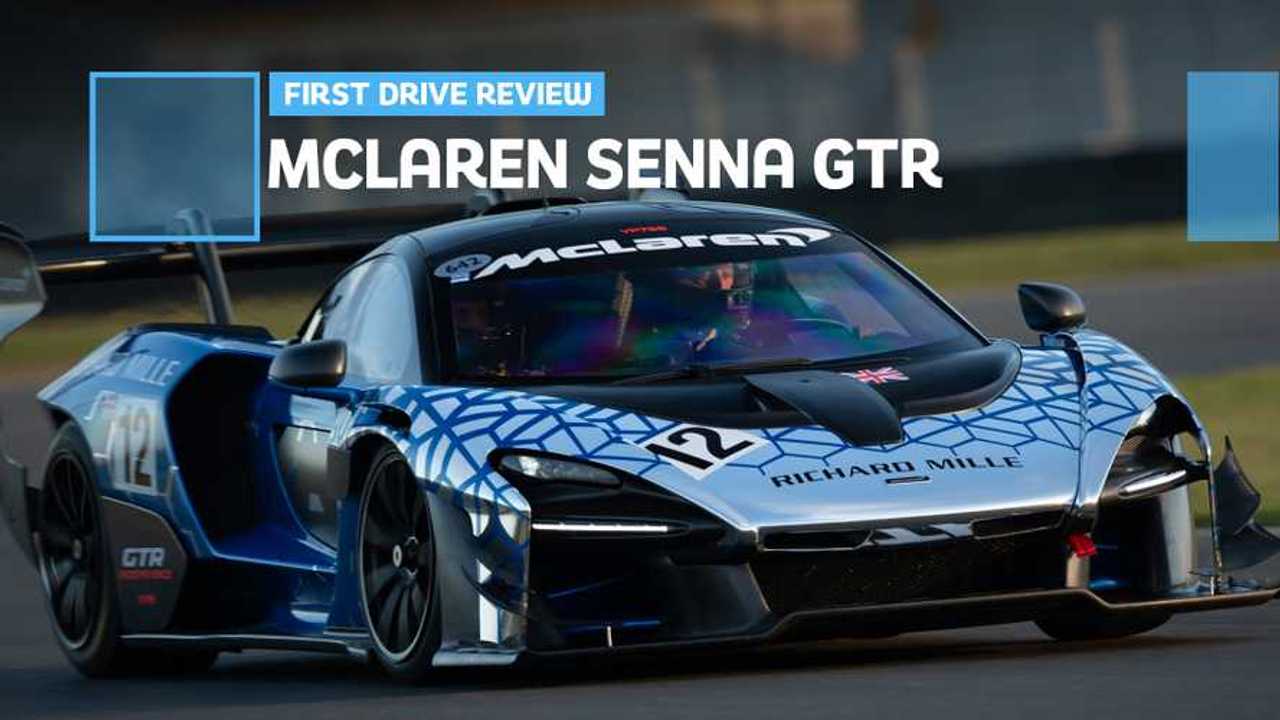 The fastest McLaren this side of a Formula 1 car.

Sat next to its sibling, the McLaren Senna GTR is obviously an entirely different beast. Wider and lower, it looks more aggressive than the Senna road car. McLaren says it’s thrown away all of the road car bits on the Senna and replaced everything from the waistline downward, which should, in theory, make the GTR faster than a 720S GT3, the race version of the equally indomitable 720S supercar. That’s quite some benchmark.

Get closer to the McLaren Senna GTR:

McLaren’s added a huge front splitter and rear diffuser to the Senna GTR, which creates a vacuum under the car generating a massive 1,000 kgs of downforce, a full 200 kg more than the road version. Weighing in at 1,188 kg, which is 10 kg less than the road car, the Senna GTR goes without all of its sister car’s creature comforts in order to achieve the best power-to-weight-ratio (685 bhp/ton) of any car ever built by McLaren Automotive. Aiding that calculation is an extra 25 bhp that was coaxed from the 4.0-litre, twin-turbocharged McLaren V8 engine, which now sits at 813 bhp. This is spec sheet pornography.

I first performed a few sighting laps behind the wheel of the road-legal Senna on an extremely slippery Snetterton circuit in Norfolk, England, where the car skated on road tyres that struggled to get any heat into them. Step forward Rob Bell, factory McLaren 720S GT3 driver and lead development driver for the Senna GTR, who showed us the ropes in this fully fledged track machine – uncompromised, unconstrained, and unshackled by road or racing regulations.

When the winter sun finally dried out the track, some slicks were bolted on the Senna GTR and we strapped ourselves in. This time I shared the cockpit with Charlie Hollings, another McLaren factory driver and current WEC competitor, but I was driving. “The McLaren Senna GTR promises to be the most extreme and exciting McLaren to drive for many years, if not ever,” Design Engineering Director Danny Parry-Williams claimed. When I hit the start button on the roof, the car roared to life with a shattering backfire that shook both Charlie and me. Onto the circuit we crept to let the Senna GTR loose.

Once the tyres developed some temperature, the time came to push on and, soon enough, the active aerodynamics kicked in to generate that incredible downforce, literally sucking the Senna GTR to the track’s surface once it got up to speed. The braking stability and stopping power is stupendous, with the active aero helping to provide extra confidence in the corners. There is superb front axle grip, unlike in the Senna that has overdosed on understeer.

All told, the Senna GTR feels like an oversized go-kart that immediately responds to all your inputs, both inspiring your confidence and rewarding your commitment as it’s pushed. It sure does live up to the Senna name, but sadly, you won’t be able to see this car in competition as it’s disobeyed all championship criteria as well as road car homologation.

When Can I Have A Go?

McLaren says that “95 percent of the performance is achievable by 95 percent of drivers,” and they are right – it’s the complete package. The McLaren Senna GTR feels faster than a 720S GT3, and if you are amongst the few who have secured one of these, it’ll make you feel as fast as a GT driver. Prepare yourself for the ultimate racetrack driving experience, and if you want to go faster you’ll need to call the F1 department.

Only 75 models will roll off the production line at the McLaren Production Centre (MPC) in Woking, England, and this, the latest in the British brands Ultimate series line up, shows what a road car can be when let free. We can’t wait to see what comes next in their relentless pursuit of performance.