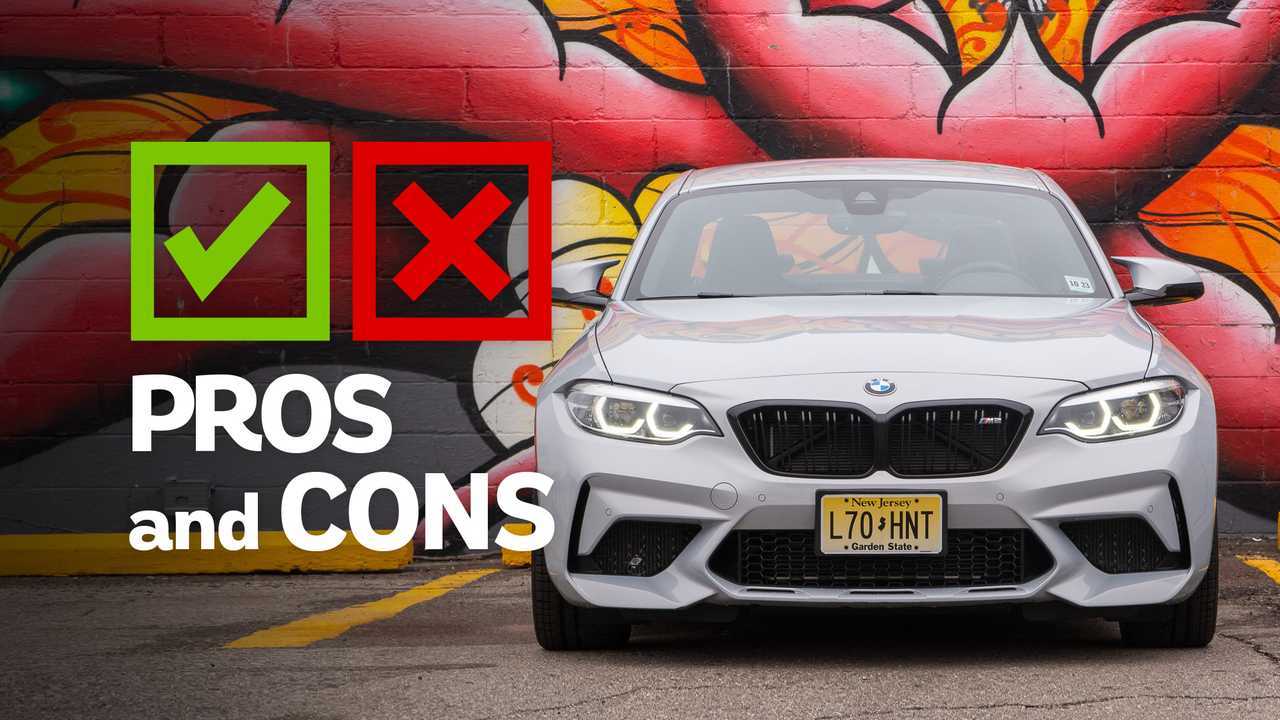 Never discount a small, high-performance BMW. That’s been a very good rule that dates back decades. Be it the 2002tii, the E30 M3, the legendary clown-shoe M Coupe, or even the 1M Coupe, the German automaker has a consistently positive record when it builds small, rear-drive, high-powered two-door coupes.

The 2019 BMW M2 Competition is no exception to that rule. This is an impressively competent driver’s car in an attractive, compact package. But it also represents one of the last vestiges of BMW’s outgoing interior and exterior design. When a vehicle gets as old as the M2, it becomes popular to tell people to wait for the inevitable redesign. In this case, though, BMW’s smallest M car is an exception.

The BMW M2 Competition is the best driving M car on the market. This car is on par with the Porsche Cayman GT4 and Ford Shelby GT350 for its single-minded focus on performance and fun. And accessing that ability is as easy as pressing a button on the steering wheel. BMW’s two quick-access drive mode settings, M1 and M2, are an inspired choice that makes it easier to exploit the M2’s ability. Rather than sifting through infotainment to set the M2 up, drivers can program these two buttons with their ideal combination of drivetrain, suspension, steering, powertrain, and stability control modes.

I set M1 for hardcore performance, while retaining the stability control, while M2 had the sporty soundtrack and weightier steering that make BMW M cars so pleasant, but kept the other settings in their more relaxed modes. When presented with a fun motorway entrance ramp, I could quickly tap M1 and have the car ready to attack. As soon as things straightened out, I could switch the systems to a more relaxed mode, and all without removing my hands from the steering wheel.

BMW M mills occupy more than a few plinths in the engine hall of fame, and while this twin-turbocharged 3.0-litre straight-six doesn’t hold a candle to some of the greatest M engines – it lacks the revviness of the E46 M3’s straight-six, the involvement of the E92 M3’s V8, or the character of the E60 M5’s V10 – it’s abundantly powerful and sounds fantastic in its own right. There are pops and bangs and cracks that make every wide-open-throttle upshift fun. But getting the engine speed up to redline is enjoyable, too, as the straight-six’s turbochargers spool up and deliver a wave of torque. Combined with a stellar dual-clutch transmission, the 405 bhp, 406-lb-ft engine is a great setup.

If you think the interiors in new BMWs are fussy, then the M2 Competition’s cabin is a pleasant throw back to what was. Analogue gauges, a simple non-touchscreen infotainment system, and cleaner, conservative lines make this cabin feel less modern than other BMW’s, but more approachable. Material quality is solid, as usual, but there’s a lack of pretension here that’s refreshing; especially as automakers around the globe get more exuberant with their cabin design.

The BMW M2 may have four seats, but it’s not a large car. In fact, taller individuals will find sitting in the front sport seats (which are quite comfortable ) a slightly claustrophobic experience. With respect to our Editor in Chief, John Neff, who found the second-row in the M2 Competition roomy for the segment, I can’t fathom putting anyone but younger children back there. Simply getting in is a challenge, requiring passengers to slide the front seats forward and clamber back inelegantly. There’s a reason coupes never took off as family vehicles.

The M2’s exterior wears the usual M tinsel, but it’s hung on a rather lacklustre design. The 2-Series’ styling is anonymous, even with a bonnet bulge, quad exhausts, and flared wheel arches. That said, its kidney grilles are proportional to the rest of the body, so compared to newer BMW designs, we can only complain so much.

Yes, the M2 has some gizmos and gadgets, but much of that stuff is limited to the driving experience. The Harman Kardon audio system isn’t especially impressive and the absence of wireless Apple CarPlay is disappointing, too. And while we like the analogue gauges, they feel a little old fashioned relative to the Audi TT RS’ excellent Virtual Cockpit. The age of the M2’s cabin is a refreshing throwback, but we’re eager for an M2 with more modern technology.