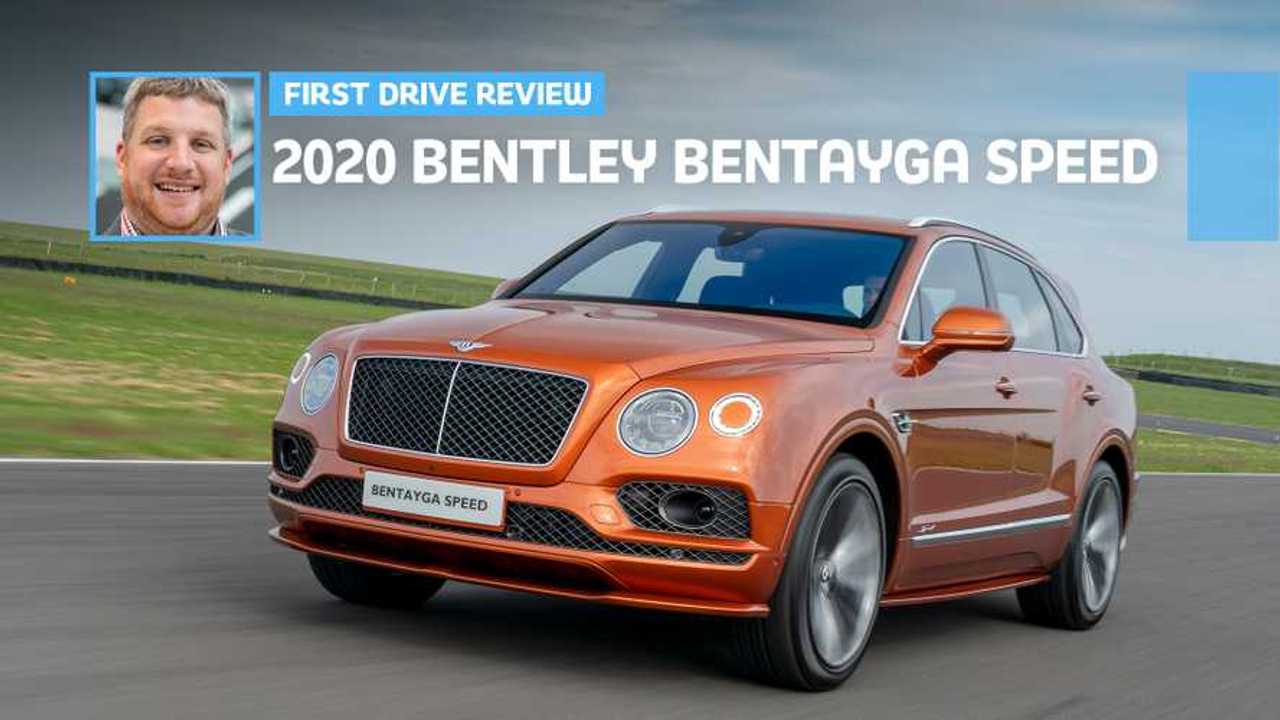 Bentley’s brute is about more than straight-line performance.

The Anglesey Circuit is a tiny, 11-turn track that clings to the side of a cliff on the northern Welsh island of the same name. At just 2.1 miles in its longest configuration, it’s a course for the kind of agile, lightweight roadsters the United Kingdom made famous. It is not a place to thunder about in a 2,500 kg, twelve-cylinder SUV.

But that’s exactly what I’m doing.

While hardly the right tool for the job, banging around Anglesey in the 2020 Bentley Bentayga Speed is as delightful as hitting something with a hammer. A big, W12-powered hammer.

(Editor’s Note: My time with the Bentayga Speed was limited to two 10-minute sessions around Anglesey, a track I’d never driven before this trip. As you can imagine, that’s not a lot of time to develop driving impressions. We’re working with Bentley to arrange a longer test for a more comprehensive review. What you’re about to read are my most immediate, track-only impressions.)

The W12 is at best only a small part of the reason to buy the Bentayga Speed. Yes, it adds 26 horsepower to the standard twelve-cylinder engine, for a total of 626 bhp, but the torque output remains at 663 pound-feet. Even with this modest improvement, though, the range-topping Bentayga cuts two-tenths of a second from the standard W12’s 4.0-second zero-to-60-mph time and increases the top speed from 187 to 190. So while this is the fastest SUV on the planet, feeling the difference outside a track is tricky.

By and large, the Bentayga Speed accelerates much like the normal W12: brutally. Huge amounts of low-end torque – peak twist is available from 1,500 to 5,000 rpm – help the tallest Flying B surge out of Anglesey’s first turn, a banked right-hander that opens up into a long, gentle, high-speed right. Put the Speed in Sport mode and a bark from the dual oval exhausts accompanies each sharp upshift from the ZF eight-speed automatic transmission.

The revised Sport mode is among the better reasons to buy the Bentayga Speed. It tweaks the engine and transmission for more dynamic performance, more or less following a tried-and-tested formula of revised throttle response and sharper upshifts and downshifts. I left the gearbox to its own devices rather than using the tiny paddles on the back of the Alcantara-wrapped steering wheel, and would do so again – the computer’s shift logic in Sport mode is plenty smart for track work, even though you’d have to be mad to push the Speed around a track like Anglesey.

Of course, the Speed can do a fine impression of a track car, thanks in large part to the 48-volt Dynamic Ride system. The active roll control system constantly adjusts the sway bars to account for the lateral movement of that big, high-riding body, so even when I fling it into Rocket (a hard, blind, left-hand turn that reminds me of the Corkscrew at Laguna Seca, minus the four-story drop at the end), the Bentayga maintains its composure.

The Speed, though, improves things with a firmer air suspension that includes stiffer adaptive dampers. Despite its heft, weight transfer is easy to manage fore and aft. I can feel the Bentayga’s weight moving around, but it’s so progressive and composed in its actions that I forget I’m manhandling 2,500 kgs of Old England.

The brakes, however, are acutely aware of the Bentayga Speed’s weight. With its extra power and world-beating top speed, Bentley made the decision to offer fade-free carbon-ceramic brakes as standard. Cast-iron rotors are available, but the automaker expects the bulk of Speeds to carry the CCBs. That’s fine, too. While carbon-ceramic brakes have always offered stunning performance, it’s often come at the expense of livability, with a brake pedal that’s hard to modulate and constant squealing from the pads and rotors outside of a track environment. The Bentayga Speed exhibits none of these bad manners. In fact, the Speed’s brakes are one of my favourite things about it. The pedal is immensely satisfying and easy to modulate, whether I’m diving toward the hairpin at the end of Anglesey’s longest straight or entering pit lane to hand off the keys.

Taken together, the mechanical improvements to the Bentayga are immense. Even just a couple sprints around Anglesey are enough to demonstrate this SUV’s dynamic capabilities. It’s agile, but more than that, this massive two-row SUV is communicative. Be it through the steering (which is excellent considering the Bentayga’s luxury SUV brief), the advanced suspension, or the powerful and predictable brakes, simply calling this a Speed undersells to the uninformed that Bentley improved much more than just straight-line performance.

As an exclamation point on its improvements, Bentley ended my session by sticking me in the passenger’s seat with racer Guy Smith at the wheel of the Bentayga Speed. The 2003 24 Hours of Le Mans winner – he competed for (you guessed it) Bentley – pushed the SUV far harder than I did. With a more competent driver at the wheel, I can better feel the progressiveness of the Bentayga’s weight transfer and its balanced handling characteristics. It’s willing to rotate under hard braking, but based on Smith’s inputs, the big B feels tidy and well mannered. There’s no frenetic sawing at the wheel – the Speed is perfectly able to manage its weight through the turns.

Simply calling this a Speed undersells to the uninformed that Bentley improved much more than just straight-line performance.

Of course, there’s not a single prospective Bentayga Speed owner on the planet that will push their SUV as hard as I did, let alone the way a Le Mans winner would. But that’s not the point. Even though most of these SUVs will serve as very nice ways to take the spouse, the kids, and the family dog down a windy road in a lively way, the Speed will find customers because of its ultimate capabilities. And based on a short blast around Anglesey, they won’t be disappointed.