2019 BMW 3-Series first drive: Doing everything, to its detriment

Competition breeds diversity. It's good for life, good for our economy, and, in the auto industry, good for drivers. For the longest time, the BMW 3-Series was the gold standard; the king of the hill; the very best choice in the compact luxury saloon segment. BMW's compact was so competitive, so balanced in terms of driving refinement, engagement, luxury, and style, that it dominated the segment for decades. The 3-Series was a driver's car that appealed to everyone. 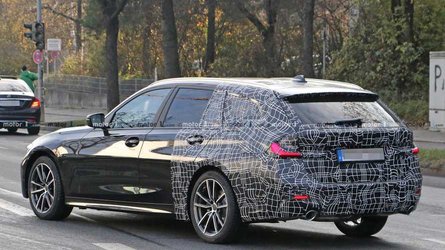 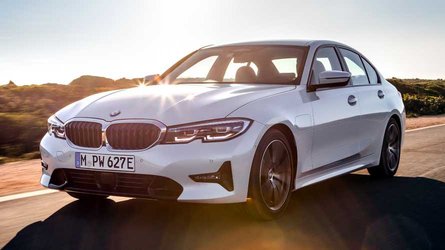 But the competition – as it often does in life and in business – caught up. Competitors started to exploit the 3-Series' balanced approach, each outdoing it in one particular area. The Mercedes-Benz C-Class became more luxurious and premium, the Audi A4 added class-leading technology, and the Alfa Romeo Giulia, new as it is, is better to drive. And despite the improvements in the 2020 BMW 3-Series, those rankings stand. Long an asset, the 3's do-everything approach is now a handicap.

The new 3-Series, code-named G20, is a vast improvement over the last-generation car, the F30, though. That was evident at every bend in the road, as we sampled the 2020 3-Series in southern Portugal.

The new design, both inside and out, is a leap forward compared to last year's car, even if it's grown substantially. The 3-Series borrows the same expressive face pioneered on the 5- and 7-Series, giving even the base saloon a wider, sportier character. The profile features BMW's trademark Hoffmeister kink at the back of the greenhouse, but lower on the body is a pleasant character line that kicks up at the rear door and lines up with the cut line between the rear quarter panel and bumper cover. Slim, L-shaped horizontal tail lights present a pleasant character from behind.

Our main complaint, and it's a small one, is that both the character line and the taillights feel a little derivative. There's clearly some Lexus IS in the design, but the 3 is mellower, less aggressive, and easier on the eye than the overstyled Japanese saloon.

The cabin is a marked improvement over last year's 3-Series. The C-Class' standards remain higher, but the design works. Designers elevated the infotainment screen to the same height as the all-digital instrument cluster, making scanning from one to the other easy. Below the centre display are physical HVAC buttons, followed by reconfigurable presets, while below that is a storage cubby, the lid of which gives the impression that the centre stack and console form one continuous piece. The centre console follows a familiar BMW layout, with the gear lever sandwiched between the engine start button and drive mode controls on the left, and the iDrive knob and button on the right.

Smaller design elements like the blue contrast stitching on our M Sport 330i test car's dash, doors, and seats are lovely, and real metal accents on the door handles and paddle shifters are pleasant. But the 3's overabundance of plastic is glaring in a world where Mercedes is sticking real metal buttons all over the cabin and a higher-quality faux leather on the dash. BMW's plastic switchgear and rougher dash material feel like cop-outs. A particularly egregious piece of hard plastic at the bottom front of the shift lever irritated us every time we put the 3-Series into gear, while the lower plastics in the cabin feel cheap, as well. And while it could be the case with the cars we drove in Portugal being early builds, a comparable C-Class feels better screwed together.

But BMW hallmarks are present. The sport seats look like they belong in an M3 and feature long-haul comfort and twisty road support. The M-branded steering wheel is a fine item, too. Leather-wrapped and fit with a pair of real metal paddle shifters, it's a delight to work. This is the same overall M design that BMW has offered for some time, but – and it may be our imagination – the wheel on the G20 3-Series feels smaller, is easier to manage, and better to attack turns with.

Overambitious and half-baked technology offset BMW's trademark features. While gesture control – which has infected the 2020 3-Series after festering other BMW models such as the 7- and 5-Series and X5 – is the poster child, the most offensive new tech is inarguably the 3's cloud-based voice assistant. Stop us if you've heard this one, but voice controls on the 2020 3-Series are very bad.

Activating the virtual assistant means saying “Hey BMW,” listening for a chime, and then uttering a natural-language phrase. In theory.

After changing our wake word – we renamed our car Angela Merkel, because saying something like “Hey Angela Merkel, activate sport mode” made us giggle – we tried a number of the commands from a sheet BMW provided for us. One would think that if BMW listed questions for us to recite, they'd be things that it knew the voice assistant could handle. They weren't.

When the system did respond, it was often for pointless features. For example, when we told the voice assistant we were tired – “Hey Angela Merkel, I'm tired” – it (eventually) went into a whole routine designed to freshen us up, flashing the ambient lights (which we couldn't see in the Portuguese sunshine), playing some bad techno music, and blasting us in the face with bursts of air from the HVAC vents. It does this instead of pulling up directions to the nearest coffee shop, which may be more useful for an exhausted driver.

We could go on for a week about how bad the voice assistant in the 3-Series is, but then we wouldn't have time to talk about the problems with BMW's digital instrument cluster, dubbed Live Cockpit. Our first exposure to this system was in the 2019 X5, and, at the time, we weren't that bothered by it. More time has soured our opinion, though. There's too much wasted space and not enough customisability. Audi Virtual Cockpit works because it features multiple configurations for the gauges and distinct screens for entertainment, navigation, communication, and vehicle information – it's segmented and smart. BMW's system, like BMW's saloon, suffers because it tries to do too much at once.

BMW's do-it-all approach applies to the 3-Series' driving character to its detriment, as well. But it's difficult to render a firm verdict based on our time in Portugal. Aside from a couple of display cars, BMW only allowed us to sample identically configured, all-wheel-drive M Sport saloons. And of those vehicles, half our time was (for some reason…) spent behind the wheel of the German-market 320d. It's excellent, for the record.

BMW's do-it-all approach applies to the 3-Series' driving character to its detriment.

And so is the standard 330i. Mostly. The turbocharged 2.0-litre four-cylinder engine pumps out a hearty 258 bhp and 295 pound-feet of torque and gets the 330i xDrive to 62 miles per hour in 5.8 seconds. That's suitable on the road – there's ample low-end torque from the improved 2.0-litre, thanks to an improved peak spread that spans from 1,550 to 4,400 rpm. The 330i carries on happily up towards redline, too, making this an enjoyable engine to wind out. It doesn't sound especially pleasant, though. There's an artificiality to the engine note, although we didn't notice it the following day when we tested the six-cylinder 2020 M340i.

Speaking of the brawnier member of the G20 range, we only spent six laps running Autódromo Internacional do Algarve in a lead-follow formation with it. While it was impressive, half a dozen laps on a track we haven't driven in six months wasn't enough to draw a firm conclusion. Look for a full write-up on the M340i in the coming months.

Both cars feature an eight-speed automatic transmission. Yet another version of ZF's popular 8HP, the 3-Series is quick on upshifts and downshifts, and plenty smart when left to its own devices. We worked manual mode on the twisting roads around Algarve, but when it came time to run the track, setting the transmission to its automatic Sport mode proved more than up to the track's challenge. This is not surprising at all – you could stick this transmission on a canal boat and it'd still dazzle.

Taken with the twisting roads of southern Portugal, the time on the track revealed some interesting things about the new, all-wheel-drive-equipped M Sport cars. Every car we tested featured an M Sport-specific differential, brakes, a non-adaptive suspension that lowers the ride height 10 mm compared to the standard setup, and 19-inch wheels on summer rubber. Simply put, these cars are the ultimate expression of how the G20 handles (until the inevitable M3 arrives, of course).

With a wider track, a 20-percent increase in spring rates, a more rigid body, and stiffer suspension mounts, the 3-Series feels tight and aggressive. The G20 rolls far less and feels more willing to turn in compared to its predecessor. The steering is light – this is no E90 – but direct. And while the 3 lacks the feedback of an Alfa Romeo Giulia, it's a big improvement over last year's car. This 3-Series feels lighter and more willing than it has in years.

It's still not the segment benchmark, but as long as BMW continues to take a jack-of-all-trades approach to its popular compact, the 3-Series never will be.

But the lack of feedback, both through the chassis and the steering, is disappointing. Judging grip levels is especially problematic with the drive mode set to Sport Plus, because the throttle response is too aggressive. Too often, we could feel the back-end step out because we struggled to effectively modulate the throttle. That said, the sensation of the M differential sorting things out and then rocketing us out of a turn proved plenty satisfying.

And that's our overwhelming takeaway from the 2020 3-Series. Satisfaction. It's still not the segment benchmark, but as long as BMW continues to take a jack-of-all-trades approach to its popular compact, the 3-Series never will be. But this compact is competitive. It's likable. It's satisfying. If you want the most premium car in the class, buy a C-Class. You want the smartest tech, it has to be the Audi A4. The most engaging driver remains the Alfa Romeo Giulia. But if you can't decide between those three vehicles (and are willing to live with some poor tech), then the 2020 BMW 3-Series is once again worth considering.