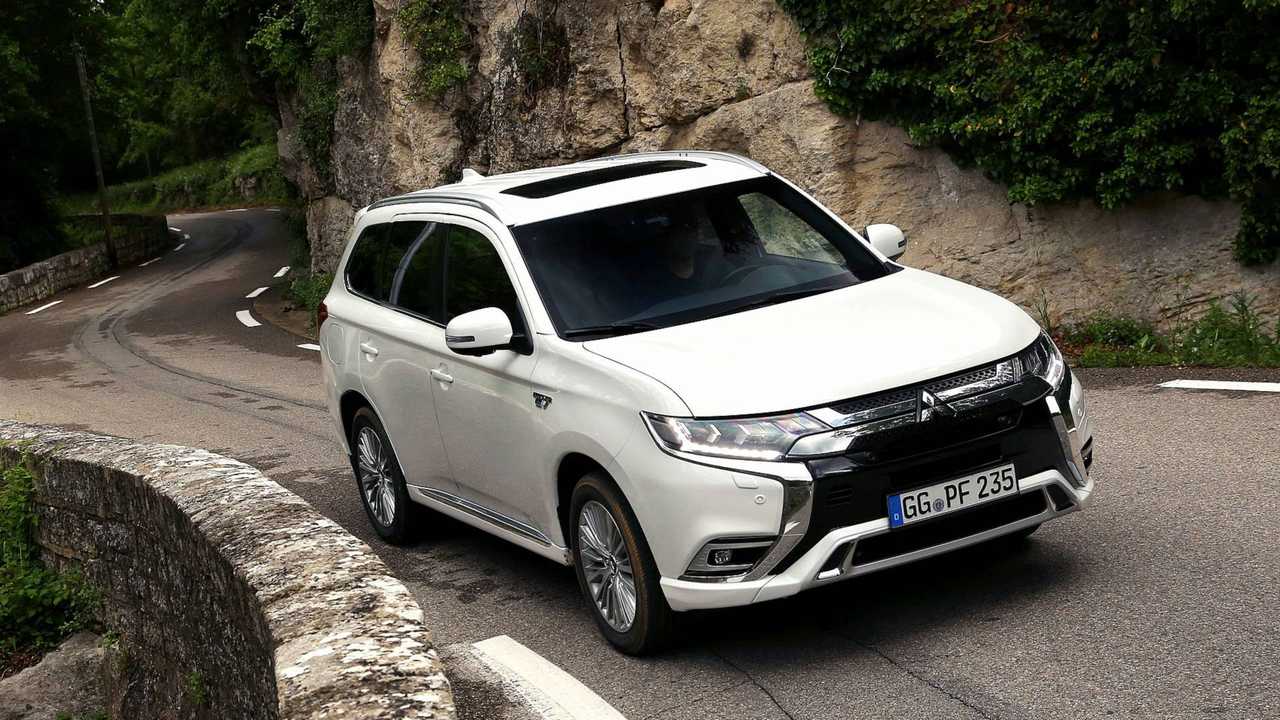 Britain’s favourite plug-in hybrid is as compelling an option as ever.

In the four short years since Mitsubishi introduced the Outlander Plug-in Hybrid Electric Vehicle, or PHEV, the unassuming family SUV has become a trailblazer. As the Qashqai brought SUVs into the mainstream 10 years ago, the Outlander has brought plug-in hybrids to the fore. It was the car that taught us environmentally friendly family cars needn’t be oddly shaped boxes like the Leaf or Prius. It was an planet-friendly, congestion charge-busting eco box, but one without the compromises of range or space or image.

More on the new Outlander PHEV

It was a stroke of genius, and one that paid dividends for Mitsubishi - a brand that had previously been a small fish in a big pond. More than 100,000 Outlander PHEVs have been sold to date, and with the tide turning against diesel, its stock might be about to rise even further.

Mitsubishi certainly hopes so, and the Japanese company has refreshed its big hitter to ensure it continues to lead the plug-in charge.

It might not look like Mitsubishi has changed all that much for the new Outlander, and there’s good reason for that - on the outside, at least, they haven’t. Yes, there’s a little bit of nip-tuck surgery here and there, with a new grille, lightly modified bumpers and a fresh rear spoiler, but that’s pretty much your lot.

The cabin hasn’t changed much either, with a few new buttons and a revised instrument cluster joining the party, but it’s largely a case of same old, same old. It’s well put together and everything seems to work quite well, but it’s a bit bland.

Don’t be fooled by the aesthetic consistency, though - the Outlander’s oily bits have had a near-total overhaul.

A series of changes, including updated steering and revised suspension, are designed to improve the car’s handling, but the biggest changes involve the hybrid system.

For those not yet initiated in the black art of the plug-in hybrid, the old Outlander PHEV used electric motors to power the front and rear wheels, while a 2-litre petrol engine could be used to charge the batteries once the 30-mile electric range had been used up or provide a bit more power.

The newcomer works on much the same principle, but the old 2-litre engine has been replaced with a larger, more powerful 2.4-litre unit, while the electric motor on the rear axle has had a power boost, too. There’s also a slightly bigger battery, which enables the 2019 Outlander to manage 28 miles on electricity before the petrol engine kicks in.

Official fuel economy figures have fallen slightly, too, although most drivers would still be delighted to manage 139 mpg, and all will be pleased to know that 46g/km CO2 emissions mean the Outlander PHEV is still exempt from paying London’s Congestion Charge.

If you get the cars on the road (and refrain from driving as though your hair’s on fire), you’ll find that both the new car and its predecessor are capable of 30 miles on a charge. If anything, in fact, the new model might have slightly more range and possibly better economy. It’s difficult to tell on a single road test across varied terrain.

What it definitely does have is more power. The engine’s only 14 bhp more powerful than before, and the rear motor has an advantage of just 13 bhp over its predecessor - it doesn’t sound like much, but it results in a half-second reduction in the 0-62 mph time.

The seemingly small changes to the car’s steering and suspension have had a sizeable effect, too. The newcomer feels tauter and more composed than its predecessor, with the steering eliciting a sharper response from the front wheels.

Sadly, the changes to the suspension have been less positive. The car’s lost some of its composure on uneven surfaces, and it feels a little wallowier than before.

It’s quiet and refined in zero-emission electric mode, and the more potent motor allows the big SUV to travel at motorway cruising speeds without employing the help of the petrol engine. At those speeds, though, you really notice the absence of internal combustion, with wind and road noise becoming more prominent.

At such speeds, though, the battery will soon run dry and the engine will kick in to provide assistance. It isn’t an especially noisy powerplant - certainly no worse than most four-cylinder diesels - but it does drone when it’s under load, particularly if you’re in ‘Sport’ mode.

The plug-in hybrid Outlander is a slightly more capable car than its predecessor, but it still has its flaws. The cabin quality is reasonable, without being brilliant, and the looks are still neither here nor there. The 2019 car isn’t a massive step up from its forebears, either, so if you’re thinking of trading in a year-old PHEV, there’s no great rush.

If you’re new to the hybrid market, though, or tempted by the prospect of an electric car but worried about range, the PHEV is as attractive a proposition as ever. If you have one of these and a short-ish commute (say 10 miles each way), as well as somewhere to charge overnight, you need never use petrol from Monday to Friday. But unlike a Renault Zoe or a Nissan Leaf, if you need to travel further afield at the weekend, the petrol engine makes that stress-free.

Add in a relatively desirable SUV image, cheap company car tax and the bags of space on offer, then it’s easy to see how this car could tick an awful lot of boxes.