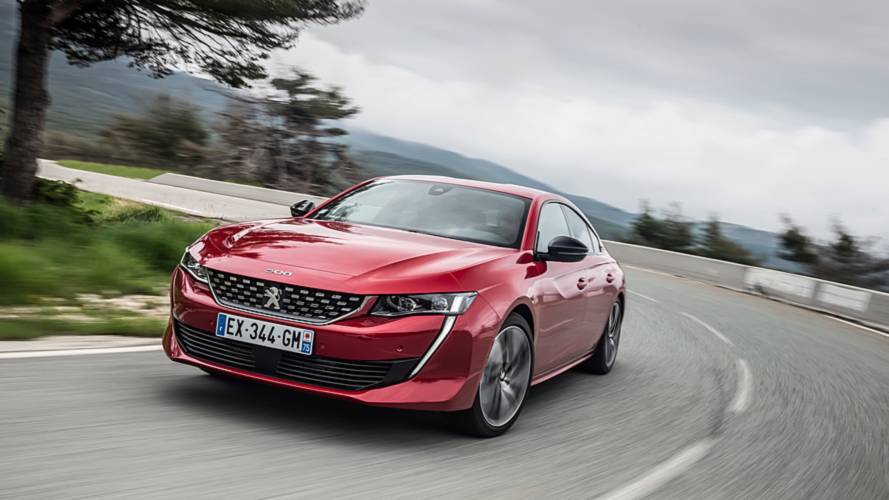 The new 508 majors on style but doesn't leave the rest behind.

The French have long had troubles with their big saloons – Peugeot’s new ploy is to try and turn the car into something else and trick us. Is it a saloon? A coupe? A hatchback? Well, at least it hasn't been turned into an SUV.

So, the 508 stands out in its segment, but that might not necessarily be a good thing – the company car park is supposed to be a me-too line-up of conformity and conservative fashion. It’s been a long while since a non-German was able to break into that hegemony.

Curiously it doesn’t even say Peugeot on the front of the car – you’ll have to rely on the zombie lion badge, 508 numerals and a bit of educated guesswork to get this puzzle solved. This certainly doesn’t look like any Peugeot you remember – the brand has been promising a lot with recent concept cars but they never really translated through to production.

Peugeot admits that it’s an overtly design-led project – if you want a practical family wagon get yourself an SUV – and it’s low, sleek and petite in the metal. Put it next to a Ford Mondeo or a Vauxhall Insignia and they’ll both look like they need to hit the gym. But what actually is it? Of course Peugeot’s marketing and design teams will say it’s a four-door coupe, but the boot is a big old hatchback. Those delightful frameless doors lend the coupe claim a bit of credence, though.

The ruse mostly works – the new 508 looks great, offers an impressively high level of quality inside and plenty of toys. If it’s practicality you’re after, unfortunately it can feel a little cramped – especially in the back, where adults a liable to bump their heads getting in and out.

This where the 508’s looks perhaps come against it – dynamically, if you compare the car with the previous generation of 508 it’s a delightful steer, the low centre of gravity helping it hunker through corners and giving the car a newfound zest.

It’s not as dynamic as the looks might suggest, though – the launch drive was through the mountains surrounding Nice, and frankly the drive just got a bit boring. The 508 isn’t a point-and-squirt-through-the-hairpins sort of machine, and it felt like a bit of a disservice. Get this nifty beast on a flowing A-road or a motorway and it will be in its element.

There are 179bhp and 221bhp 1.6-litre turbocharged petrol engines available, a 129bhp 1.5-litre diesel and 161bhp and 174bhp 2.0-litre diesel units. Only the 1.5 diesel gets a six-speed manual – all of the other cars can only be had with an eight-speed automatic transmission. Which is fine, really.

We tried the higher-powered petrol and diesel versions of the car – as is typical of these things, the petrol was the much more fun car of the two, mainly because it is nearly 100kg lighter than its diesel counterpart, and that’s a lot.

Excitingly, if you’re that way inclined, a front-wheel drive PHEV version is set to arrive in 2019 with a 30-mile range on a full charge – that version is set to be introduced in October at the Paris motor show, along with the estate version of the car.

How brave are you feeling? Peugeot is being bullish about not discounting the car, but history suggests a large French saloon/coupe/hatchback isn’t going to hold its value exceptionally well. Do you want to stand out from the crowd? Then by all means go for it – this might be controversial, but to our eyes the 508 looks more alluring than an Alfa Romeo Giulia.