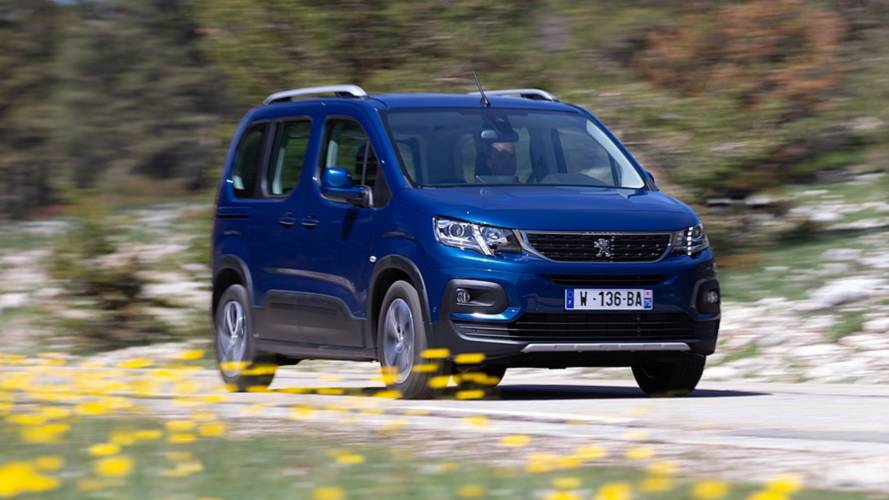 After a family car with bags of practicality? Look no further.

They’re partying like it’s 1999 down at Peugeot – introducing an MPV-style car on to the market when literally everyone else is trying to shovel customers into sexier, sportier SUVs is a bold move, clearly the French carmaker is feeling bold. The internal platform sharing arrangement with Vauxhall and Citroen will help knock down costs and make the car more profitable, which will help. But does anyone really want a car like this?

On practicality alone you’d probably say yes. The amount of storage space on offer inside the cabin is frankly preposterous – there are cubbies everywhere, including a cavernous storage space in the dashboard and an aeroplane-style shelf up by the roof that will have you hunting for hours for that thing you really need. Tick the right spec boxes and you’ll have almost 180 litres of storage in the cabin alone.

The seats fold flat for a huge load bay, and when they’re up the three individual rear seats – all Isofix, of course – will adjust backwards and forwards. The front passenger seat will also fold down if you’ve been particularly ambitious at the Swedish furniture emporium.

The seven-seater is a marvel, too. Unusually for a car this size they’re actually big enough for two adults to sit in them in quite reasonable comfort. The downside is that they don’t fold flat in any particularly novel way – you’ll have to take them out completely if you want the boot space back, but that’s an acceptable price to pay for such an acceptably price people carrier.

Another nice touch is the opening rear window that allows access to the boot if there isn’t much space behind the car – that feature teams up with a beefed up parcel shelf so that you can pop things on there too.

Peugeot says that there are now 4m Peugeot i-Cockpits on the road – and yet it’s still a divisive feature. For our part, we quite like it – the dinky wheel is a novel counterpoint to the giant chunky sporty things that have taken over in recent years, and the high instrument panel works with the upright driving position.

The Rifter has been touted as a sort of middle ground between the MPV and the SUV, both of them alternatives to more standard cars – the Rifter certainly doesn’t handle like a car, but neither does it feel like the hasty van conversion of old. There’s a new level of sophistication and quality to the whole experience that suddenly makes this car a genuine family proposition. Sure, drive through corners scraping the wing mirrors on the asphalt and you’re bound to make the kids throw up, but at a more stately pace the Rifter is comfortable, composed and thoroughly pleasant.

There will eventually soon be two petrol engines and three diesel options available – and Peugeot says it’s working on an electric version. The 1.2-litre PureTech three-cylinder petrol is offered with 109bhp and a six-speed manual gearbox at launch, although a 128bhp version with an eight-speed auto is due at the start of 2019. The 1.5 BlueHDi diesel comes in three states of tune: the 74bhp and 99bhp versions get a five-speed manual, while the 128bhp car gets a six-speed box and the higher-powered two diesels are also offered with the eight-speed auto.

The petrol is the more refined drive, with less of that diesel weight sloshing around at the front end of the car, but if you do lots of motorway miles with the car loaded up the diesel will likely still be the better option for you.

The car starts from £19,650 for the entry-level five-seater and £22,620 for the seven-seat version. Unfortunately for the latter version it’s undercut by the Vauxhall Combo Life that costs £21,490 for the cheapest seven-seater.

This is the story of the whole car – do you prefer the Peugeot badge over the same cars from Vauxhall and Citroen? The Vauxhall will be a smidge cheaper and the Citroen more stylish, and then at the £20,000 entry point for the standard car you’re looking at properly decent SUV money. Do you really want a Peugeot Rifter more than a Kia Sportage or Honda HR-V?

The Rifter makes a decent fist of squatting in the tiny gap between a decent family estate and an SUV, and its immensely practical cabin and triple Isofix seats could swing it for some families. But it’s a head purchase rather than a heart one.