Subtle tweaks and quality improvements make for a great all-rounder.

Toyota’s Aygo has been a strong seller since it was first introduced back in 2005. A joint development effort between Toyota and the Peugeot group, the car’s most famous moment was probably the 2005 football match that put Jeremy Clarkson’s old new Top Gear on the map.

Now motoring on through a second generation (slightly bigger, better quality – the usual), it’s just about time for an Aygo facelift. 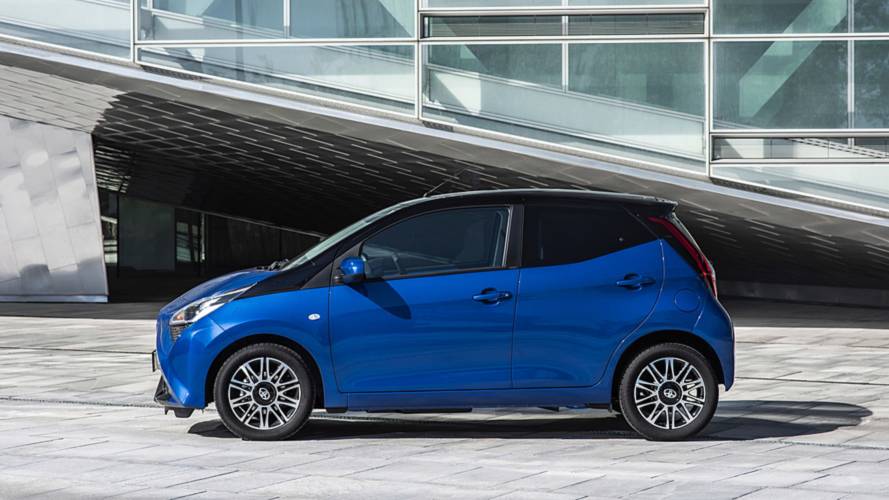 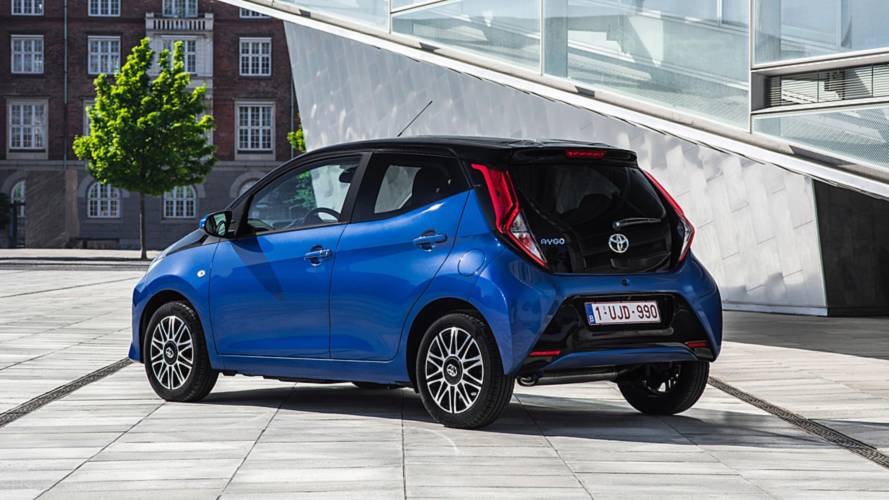 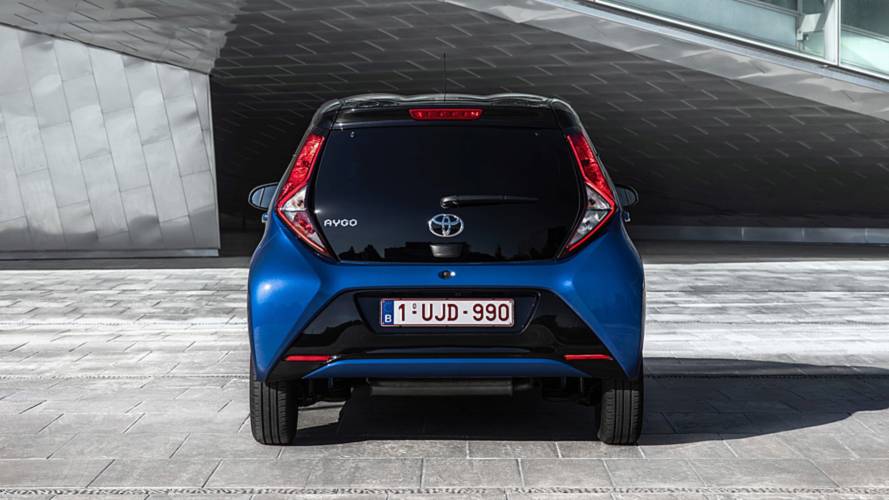 We were never really fans of the X-marks-the-spot face mask front end of the Aygo, it looked like it was trying too hard. The facelifted car is a revelation in comparison – the styling changes are subtle and make for a much more mature and well-resolved package without losing style points.

The changes are mostly restricted to the front of the car, there are a few blink-and-you’ll-miss-them tweaks around the rest of the car, but overall first impressions are good. Otherwise it’s business as usual, with a familiar 1-litre three-cylinder engine underneath the tiny bonnet (albeit tweaked for improved economy and a 5g/km CO2 reduction) and a solid interior.

There are eight colours available on the car, including two new options – Blue Burst and Magenta Fizz. You’ll want to check them out in the metal before committing, Toyota wasn’t messing around.

There are six trim levels available, starting from £9,695 for the three-door x, rising to around £14,050 for the five-door x-cite with auto transmission. The second-up-the-list x-play is where the action really starts, with air conditioning, steering wheel controls and x-touch multimedia system with phone integration, but venture up the trim list and you can find such fancy refinements as keyless go, partial leather upholstery and auto headlights.

The interior is basic and uncluttered, but you can spec the car with all the toys you might want in a car of this size and storage is reasonable. Visibility is good, too, and the car is a good shape for placing on the road. If you're nervous about parking, it's even available with a reversing camera. The boot is rather on the small size – the Hyundai i10 and Volkswagen Up both offer significantly more space if you're looking to pack stuff in. 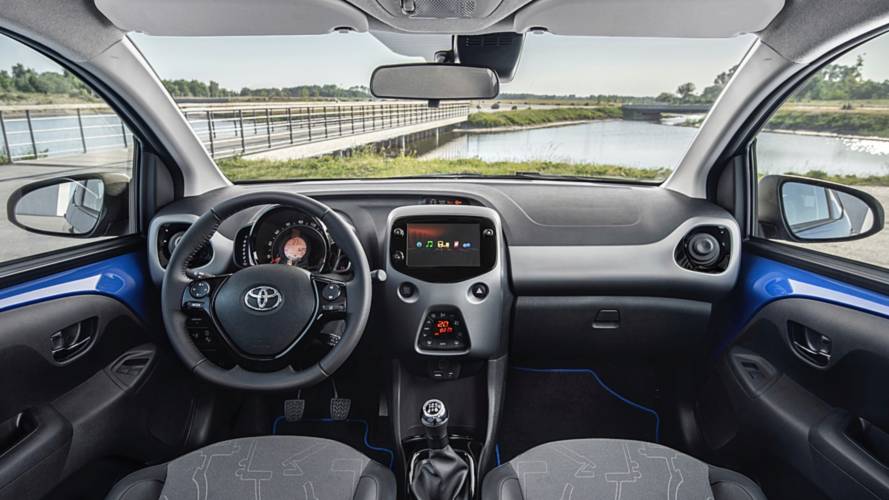 The drive is another improvement from Toyota. Noise refinement is impressive, with wind noise kept well at bay. It’s not all quiet, though – using the stop-start system the engine makes you jump as it barks back into life. Likewise, the 1-litre three-cylinder engine can be a little thrashy under acceleration from a standstill, but it soon settles into a rhythm. We got a combined fuel economy of 54mpg over a route that included some heavy traffic, which is fairly admirable.

The Aygo still doesn’t handle like a go-kart, but then again you get in one of those and your arms are trashed after 20 minutes and you have bruises on your hips, no-one seriously wants a car that drives like that. The Toyota is a good deal more civilised, well-behaved on the motorway and fun enough around town. You’ll find yourself popping up and down the 'box to get the best out of the car – it certainly feels peppier than its 0-62mph time suggests – but the gear change offers decent feel.

We tried the canvas folding roof briefly, but had to close it before our heads burned. It’s a nice compromise over buying an actual cabriolet, though, and lends the car a sense of fun. 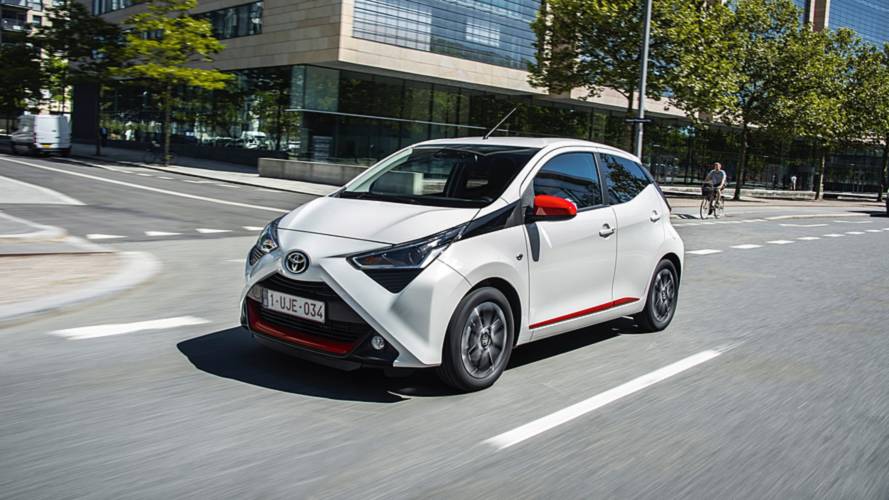 The Volkswagen Up still remains a better overall bet, but it’s a bit expensive and likely too conservative for many. The Aygo – and it’s nice to be saying this about a Toyota – is a funky looking car and offers some neat features.

Even better, now that some grown-up features are starting to trickle down to the city car end of the market, the Aygo is not just a safe bet for anyone looking for a small urban runabout, you could easily see yourself trading down out of a bigger car to save money on running costs and driving stress.