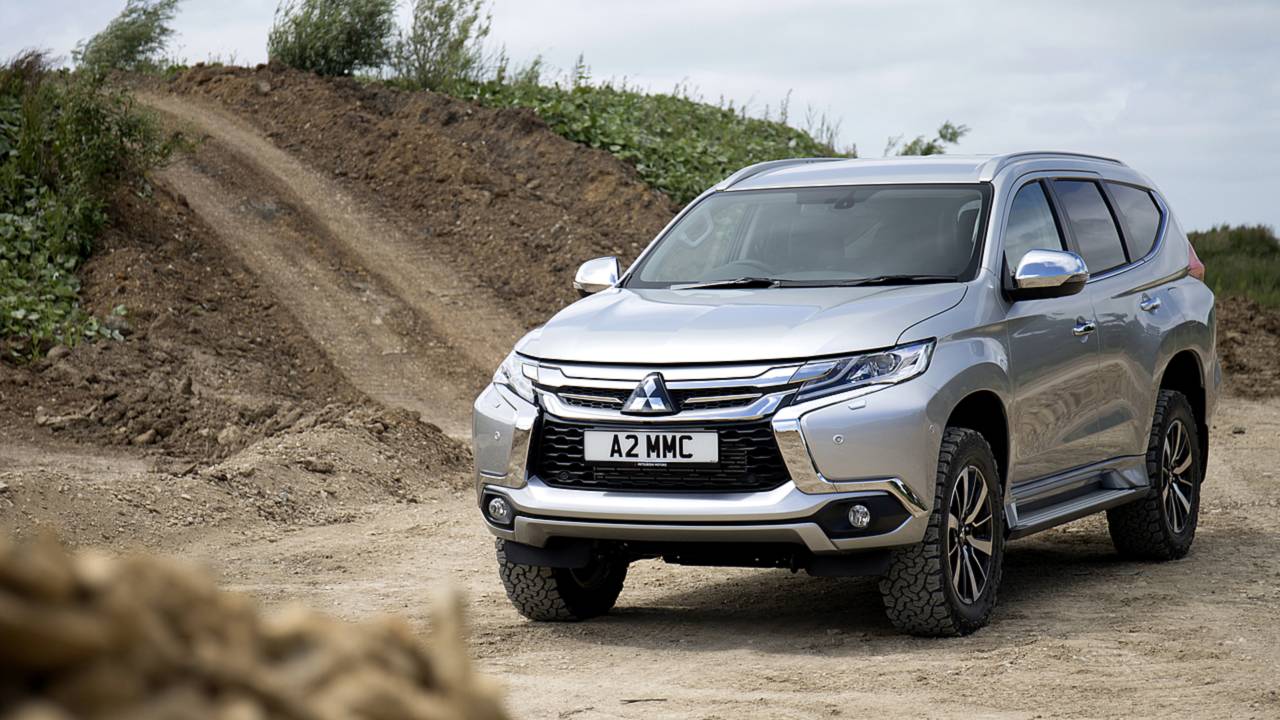 In this world of SUV-topped sales charts and 4x4-lined streets, you might expect an off-road-centric brand such as Mitsubishi to simply sit back, open the dealership doors and watch the orders flood in. But it hasn’t worked out that way. Despite the success of the plug-in hybrid Outlander, Mitsubishi’s market share remains small – even Dacia has sold more cars in the UK in 2018 – but the Japanese company is working hard to change that.

Enter, then, the Shogun Sport. It’s the replacement for the boxy, brutish and decidedly un-sporty Shogun 4x4, but it follows a different recipe. Where the Shogun was always meant to be an uncompromising off-roader, the Shogun Sport is designed to mix off-road toughness with more enticing looks, a more civilised cabin and modern technology.

There isn’t much that’s modern about the Shogun Sport’s underpinnings. Beneath that contemporary veneer, it’s based on the Japanese manufacturer’s L200 pick-up truck – albeit with a proper boot and slightly less agricultural rear suspension.

As a result, it can boast some of the L200’s toughness, but it’s also inherited its cousin’s slightly awkward stance. Big wheel arches, plenty of ground clearance and bags of suspension travel are great for off-roading, but they make the Shogun Sport look as though it’s perched on top of its springs.

Stance aside, though, the Mitsubishi isn’t an ugly car. The brand’s now-trademark front end is the focal point, and there isn’t much going on elsewhere. Yes it’s a bit slab-sided, and without the Mitsubishi nose it might look quite bland, but it’s fairly unobjectionable.

Or it would be, were it not for the back end. The tall tailgate is punctuated by an oddly shaped rear window and cascading lights that stream down the sides like thin red waterfalls. It sounds as though it should work, but one glance tells you that it doesn’t. It’s just too tall and too slim, with odd bulges that look totally out of place.

Inside, it is a vast improvement on the Shogun. The styling is more modern, and although the quality of the plastics is pretty low, it does at least feel as though it has been bolted together competently. It’s roomy, too, with seven seats that will all accommodate adults - although taller passengers won’t want to spend too long in the third row. And if you don’t need those seats, you can fold them away to free up a 502-litre luggage bay.

The Shogun Sport’s pick-up truck roots show through most in the way it drives. It’s undoubtedly an excellent off-roader. The two locking differentials, selectable four-wheel-drive system and 218mm of ground clearance see to that, ably assisted by electrical gizmos such as manoeuvring cameras and hill descent control. It’s a useful car for caravanners and boat owners, too, with a 3.1-tonne maximum towing limit.

But all that comes at a cost on the road. The steering is vague, leaving you with the distinct sensation that you’re doing a lot of turning to make the car change direction only very slightly. It also rolls and wallows through corners, leaning on its tall springs, yet the ride is still fidgety and jiggly on anything other than a perfectly flat surface.

And when you do find a flat surface – ie a motorway – the car struggles for refinement. The huge body creates a constant bluster of wind noise, and the four-cylinder diesel engine under the bonnet drones along in chorus.

The 179bhp unit exactly the same engine you’ll find under the bonnet of the L200, and although Mitsubishi claims to have soundproofed it, it still sounds raucous. The standard-fit eight-speed automatic gearbox helps slightly reduce the noise at cruising speed, but it’s grumbly and intrusive while you’re getting there.

It isn’t particularly economical, either. According to the soon-to-be-defunct European economy test, it will return 32.8mpg and emit 227g of carbon dioxide per kilometre. Whether you can replicate that in the real world will depend largely on how you drive, but rivals such as the Kia Sorento and even the SsangYong Rexton fare better by the same measures.

If you were tempted by a Shogun but the truck-like interior and ergonomics put you off, the Shogun Sport is a far more civilised 4x4. It’s tough, it’s very capable and it’s got all the gadgets you’d need for everyday life. However, if you aren’t going to use it for towing or off-roading, there are cheaper, more economical and more comfortable ways into seven-seat SUV ownership.