"I need a small car. Or maybe an SUV. Yeah - a small car kinda SUV thing." Bingo. The Fiesta Active is for you.

It’d be easy to be quite snobbish about the Fiesta Active and its pseudo off-road plastic cladding since this is, after all, a front-wheel drive supermini – not a ‘proper’ four-wheel drive micro-SUV along the lines of the Fiat Panda 4x4 and Suzuki Ignis AllGrip.

But then, how many customers want a car that’s cheap and easy 90% of the time, but will also go up an un-paved, heavily potholed access road, or an urban maze of endless speed bumps, without fearing that wince-inducing graunch of metal-meets-road? Quite a lot, no doubt.

So that’s the purpose of the Ford Fiesta Active - let’s find out if it achieves it. 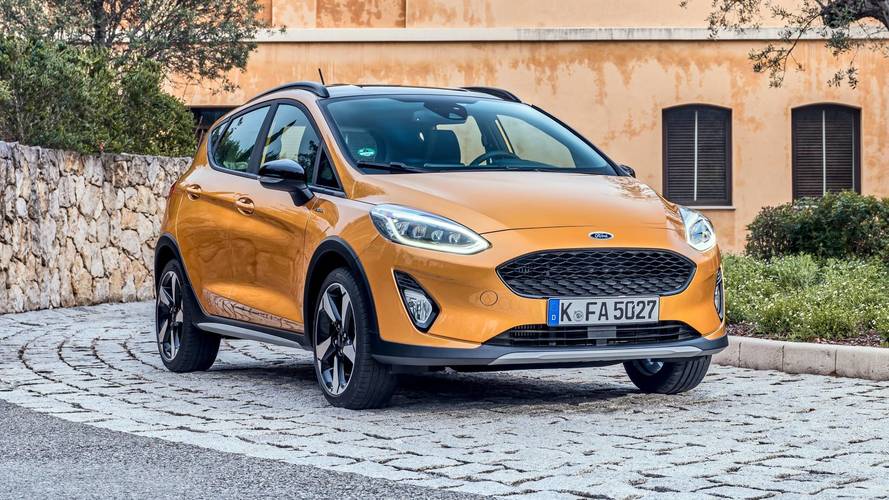 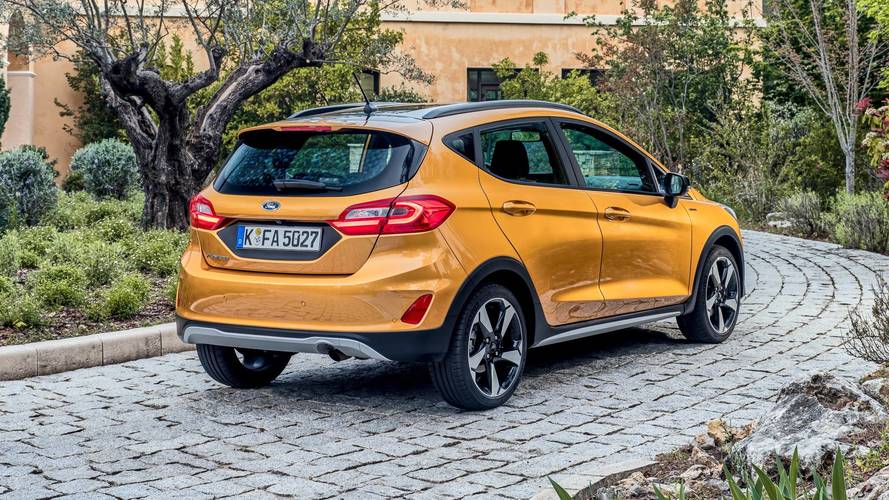 The five-door only Fiesta Active is almost a model in its own right, with three trims to choose from and a spread of engines including all the variants of the 1.0-litre EcoBoost petrol, as well as a 1.5-litre diesel in two power outputs.

It’s easy to spot; You can’t miss that contrast black plastic cladding and a ride raised by 18mm over the standard Fiesta, while 17-inch alloys and roof rails complete the outdoorsy look. Inside is notable for the coloured upholstery inserts you can have and the heavily bolstered seats. The driving position is slightly raised, which might be useful for the less dexterous amongst us, but it's a minor enough change that the Fiesta still feels like a normal small car.

Even bog-standard Fiesta Active models get air-con and a touchscreen with DAB radio, as well as selectable drive modes including Eco, Normal and Slippery. Step up to the B&O Play trim and you get a black contrast roof, cruise control, auto lights and wipers, a bigger touchscreen with Apple CarPlay and Android Auto, and an extra USB socket.

Go all out on the Fiesta Active X and everything’s thrown in including reversing camera and sat-nav, climate control, keyless entry… It’s all there. But then it needs to be, given that it costs well over £20k. The Active range starts at £17,795 but the B&O Play with 1.0T EcoBoost 100ps engine seems like a good mid-range option at £19,195, or £286 on PCP payments over three years after a £1500 deposit. 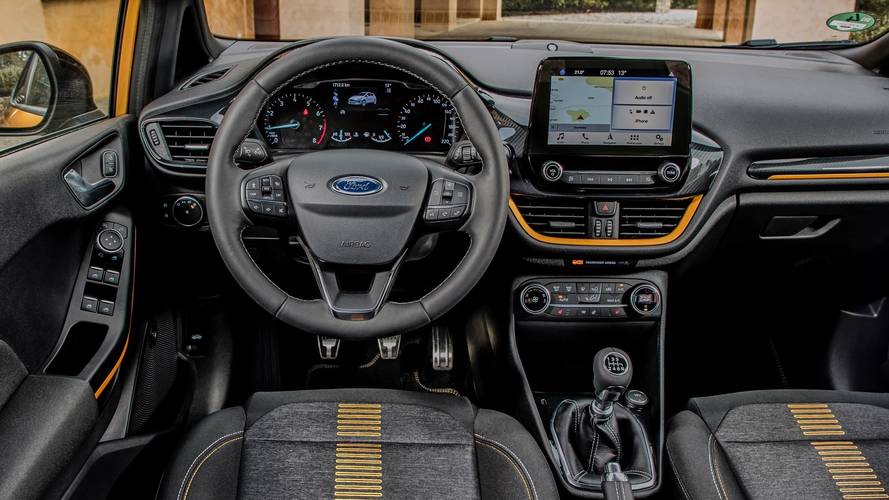 The gratifying thing is that it still has the sweet, natural-feeling balance of the standard Fiesta. There have actually been tweaks to the steering and suspension hardware for the Active trim - not least a track widened by 10mm - and they’ve paid off in keeping this feeling like a sprightly small car, rather than it erring towards a stodgy SUV feel. It’s still a Fiesta to drive, and it’s still just as easy to wend through awkward streets and car parks, albeit with a slightly grabby brake response that you have to get used to. 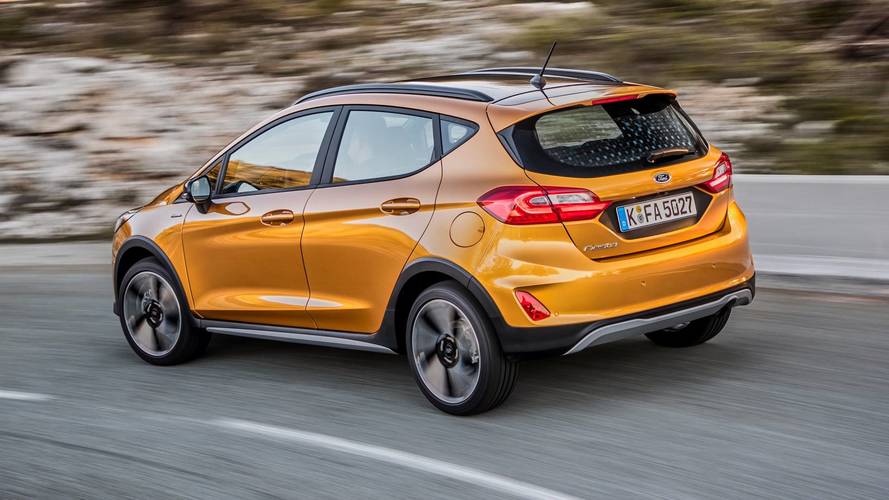 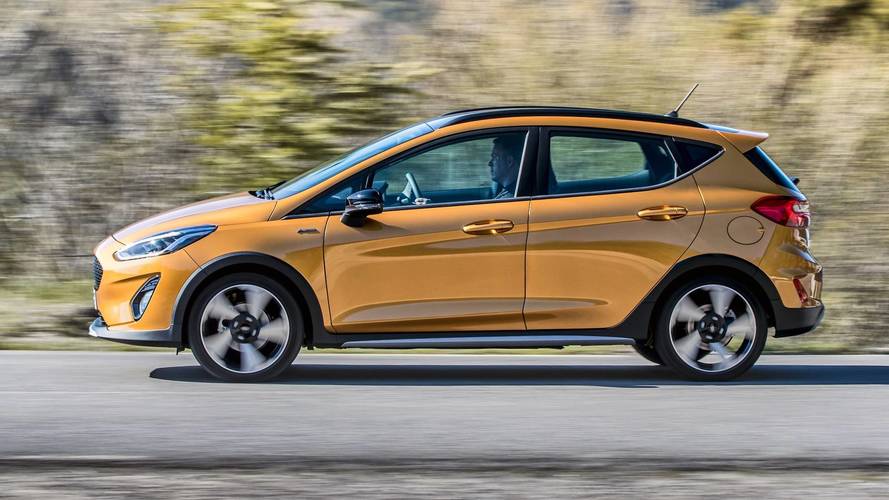 Refinement’s good on that three-cylinder engine, too, and this EcoBoost 140 being the highest powered petrol variant it feels pretty peppy, choosing to entertain rather than punish you if you rev it out. On top of that, the longer, softer suspension makes for an impressively cushy ride, so the Active is certainly a comfy and yet pleasantly cohesive little car to drive. We also had a run in the 1.5 TDCI 120, which is quiet by diesel standards but you do need to keep the revs quite high to get the best from it.

It’s not an off-roader, of course, but the Fiesta Active does have the Slippery mode, which alters the electronic aids to make the most of the traction available to front tyres, although even Ford says that it's there to make the most of what's available in poor road conditions - it's unlikely to get you out a muddy field if you get stuck.

We can’t say we actually encountered any slippery stuff on our route, mind, so we’ll have to hold fire on any judgements of the Fiesta Active’s abilities should you find yourself in the white or brown stuff. It’s only ever trying to be a nod to the off-road lifestyle, really, so think more gravel lane than green lane and it’ll likely live up to your expectations. 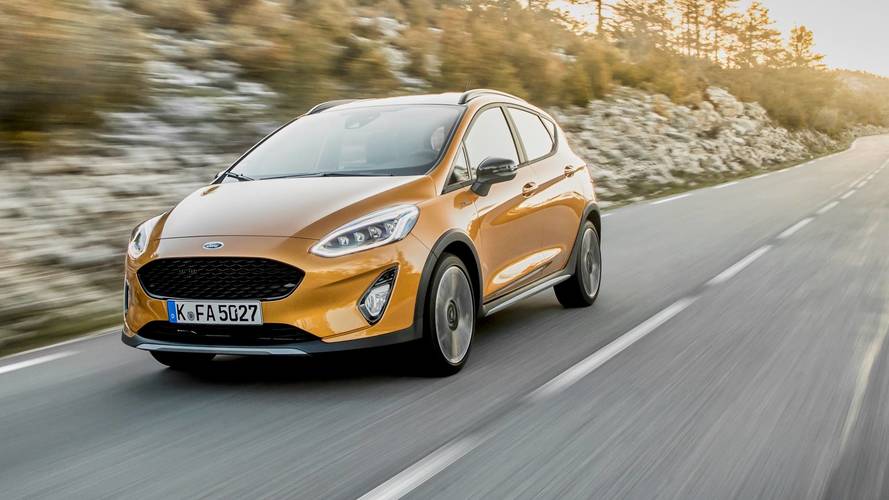 If you’re after something with small car dinkiness but a higher ride height to get you easily over the raised spine in your access road, or to minimise your speed bump woes, then it deserves real consideration. It’s a neat thing to drive – and will be even in the lower powered petrols that make a bit more sense for most.

Mind you, there’s masses of competition from the likes of the slightly-bigger-and-a-bit-more-like-an-SUV brigade, such as the Renault Captur, Seat Arona and Kia Stonic.  All of them are cheap to run, can be yours in a decent spec for around £250-£300 per month, and do the urban rigours without hesitation. The Fiesta Active is actually more pleasant to drive than just about any of them, but it’s not as roomy or practical, so just make sure you investigate the bigger but better value Seat Arona or the more versatile (if cheaper-feeling) Suzuki Ignis before you decide where to put your cash.