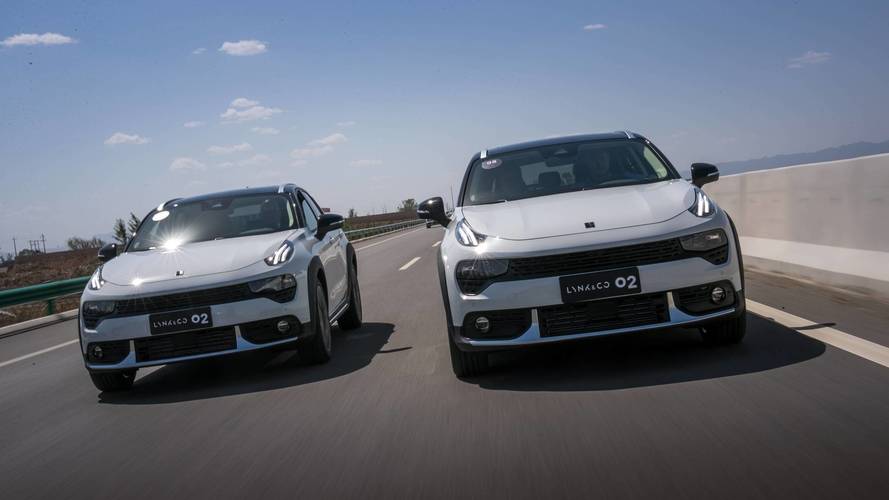 This conventional-seeming SUV is the start of the revolution.

You’re probably thinking that we don’t need another small SUV in the world right now, but this one is a bit different. It’s from an all-new lifestyle brand born in Sweden out of the loving relationship between Volvo and its owner, Chinese carmaker Geely.

Lynk is run by entrepreneurial Belgian Alain Visser and it aims to shake up the car industry with something a little different. All in good time, though – this new car isn’t available in Europe until the beginning of 2020, so we’ve got another 18 months or so before we’ll start seeing these bad boys on the road here.

The company wants to attract young people, so for the next year and a half expect to see Lynk in unusual places. Our first drive was in a fairly unusual place: we got to test the car briefly at Lynk & Co’s brand new factory in Zhangjiakou, three hours north-west of Beijing, driving the car on Chinese roads.

The 02 doesn’t like anything else around, apart from maybe its siblings, the larger 01 SUV and the 03 saloon. Inside and out it strikes an alternative note that lets the established brands know that they’re not going to have things too easy.

The 02 is lower and wider than most small SUVs – think Audi Q2 and the like. It’s more car-like to sit in, which comes at the expense of practicality. The boot is a reasonable size, but there’s not a massive amount of room in the back for children’s seats, but it’ll do for four adults.

Material quality is impressive, certainly a cut above the mainstream and better than Volkswagen in terms of perceived quality. Particularly interesting was the polyurethane band spanning the dashboard and doors that has a soft-touch feel. We could only describe effect as sparkly charcoal, but it’s not something we’ve seen in other cars. Use of patterns and colour throughout the interior makes the cabin particularly interesting.

That said, the layout is conventional and the 02 doesn’t do anything new, but the 12.5-inch touchscreen in the centre console is nicely integrated and the 12.25-inch digital instrument panel works well. The seats are supportive, and give off a subtly sporty vibe.

Bearing in mind the car we drove was in its Chinese specification we were impressed with the mature setup, there’s no sense of a startup ironing out the kinks. Lynk & Co has already launched in the country and is ramping up production to deliver cars later this year.

So bad news first – and this something that engineers promise they’ve already got in hand for the European-spec cars – the steering was gruesomely light and devoid of feel, smothering any information from the wheels. This, apparently, is how the Chinese market likes its cars, but who are we to judge?

The good news is that handling is laudable despite the steering, and the car rides level without succumbing to the sort of roll that can often plague higher-riding cars.

We drove the 2-litre four-cylinder petrol version, an engine that’s been shared from Volvo, but the 1.5-litre 3-cylinder unit is by far the more interesting prospect. That is available on its own in the Chinese market but will be coming to Europe mated to with a plug-in hybrid setup.

The seven-speed dual-clutch transmission that Volvo and Geely have developed in-house will likewise be the default gearbox for the European market. It works solidly, albeit with pauses for breath under heavy acceleration.

Well yes – but also no. We’re excited about the prospect of the Lynk & Co 02 coming to the UK and mixing things up a little, but you won’t be able to buy it. Lynk’s business model is built up around a subscription system, where you can have the car for as little as a month or up to three years. When the range has built up a bit you’ll be able to swap your car for other models up to four times a year.

You'll be able to decide for yourself whether you buy into the marketing hype, but the scheme itself is a fascinating one that will hold a lot of appeal for people who don't want to do things the old-fashioned way. Ultimately a system like this will live or die on how much it’s going to cost per month, but we’re pleased to see someone willing to try something a little different.

With fewer people buying cars outright and switching to leasing plans, it’s only inevitable that schemes like this that take away all of the inconvenience and irritations associated with car ownership will become the norm.