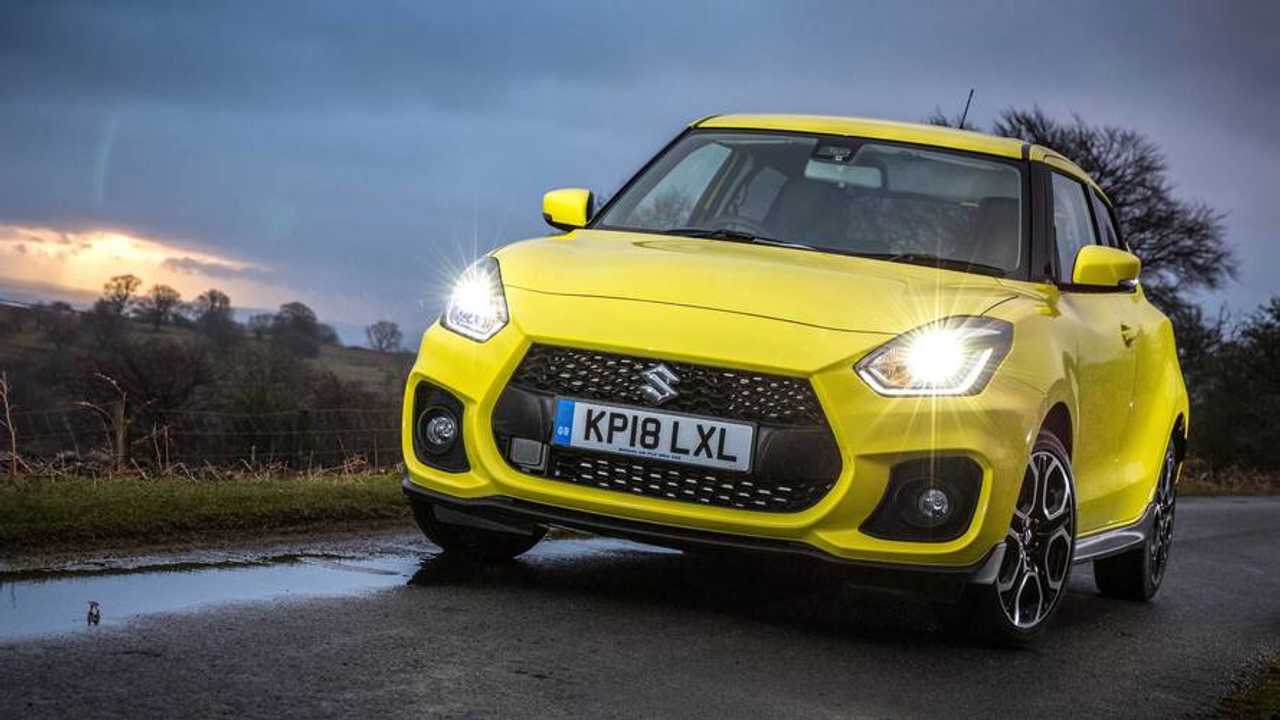 They say that good things come in small packages, and in the case of the Suzuki Swift Sport, that was very true. It was a little cracker of a hatchback with a rev-happy engine and a kerb weight that made rivals look rather portly. This all-new, third-generation Swift Sport – now turbocharged for the first time - aims to stick to the small, affordable and fun recipe in order to keep the hot Swift punching above its weight.

The Swift Sport inherits the funky looks of the car on which it’s based, but adds some of its own sporting flair. A more distinctive front bumper, dual exhaust pipes, contrasting faux-carbonfibre skirting and 17-inch alloys that fill the arches makes for a sharp supermini. Our test car looked particularly vibrant in a rally-inspired shade of yellow, but if that’s not your bag, there are five other colours to choose from at no cost.

Things coming as standard is quite a theme with this Swift Sport. Suzuki are offering just one trim level that’s loaded with kit, so much so that there’s no option boxes to tick. Inside you’ll find things like a 7-inch touchscreen infotainment system with Apple CarPlay, adaptive cruise control, a host of safety tech, keyless ignition and a reversing camera. But the highlight of the cabin has to be the sports seats with their red detailing and large bolsters. They offer excellent support around your ribs and shoulders for those times when the road ahead gets a bit more exciting. It’s a shame that the rest of the interior, while interesting to look at with contrasting red trim, is made up of hard plastics. The cabin feels durable, sure, but you’re in no doubt that this is a budget car.

Redemption is to be found in the back with the average Joe having plenty of head room and adequate leg room. The Swift Sport is only available as a five-door, which makes life easier for those clambering in and out of the rear. Boot space is 54-litres more than the old Swift Sport, but it’s still on the small side at 264-litres when compared with a Peugeot 208 GTI or Volkswagen Polo GTI.

This Swift Sport is turbocharged for the first time and this results in a change of character. You no longer have to wring the car’s neck to get the most out of it as 170lb ft of torque is available from 2,500rpm. Overall power hasn’t change much, but 138bhp from a 1.4-litre engine is enough for a car that weighs just 975kg — something of a miracle by modern-day standards.

Its lack of heft is immediately noticeable when the going gets twisty as this Swift is quick to change direction. There’s some body roll when pushing on, but it serves as a solid reference for where the weight is being shifted around. Trailing the brakes into a corner to get the nose hunkered down allows you to pivot the car easily around sharp bends. However, an elasticated feel to the steering and overly light weighting on slower technical sections of road leads to lack of confidence in its variable-ratio rack. You’ll find yourself having a few bites of the cherry to gauge how much front-end grip you have at your disposal.

Progress out of the bends is swift with the dashboard turbo boost and torque gauges illustrating the greater low-down shove of this new car. In this respect the Sport is more flexible than before and doesn’t require you to stir the six-speed manual transmission as often as you might think.

There’s another, more grown-up side to the new car that arguably makes it better to live with than its predecessor; The ride is surprisingly sympathetic on rutted Tarmac for a hot hatch. Our test car tackled a cobbled section of road with little fuss, boding well for ride comfort back home in the UK. While the steering deducts from driver engagement at speed, in a busy city it reduces the amount of arm-twirling needed for tight manoeuvres. The Swift feels at home in the urban sprawl threading its way through the hustle and bustle.

There is plenty to like about the new Swift Sport from its good looks to the nimble handling, but it’s not the budget Fiesta ST fighter it once was. In fact, there’s nothing budget about this Swift as it costs £17,999 which is dangerously close to other, much more potent, hot hatchbacks. There is the argument that the Suzuki is far better equipped than the competition, but in this enthusiast’s market people care less about lane-keep assist and more about bangs for their buck. Monthly prices have yet to be confirmed, but expect it to face tough competition from the Volkswagen Polo GTI on that front. It’s a war on two fronts from VW as the less powerful but more fun Up GTI is notably cheaper than a Swift.

We’re keen to get the car back on home soil to try it out on the British B-roads the old model relished. The new Sport has matured and evolved, but as a result isn’t the cheeky scamp of a hatch it once was.