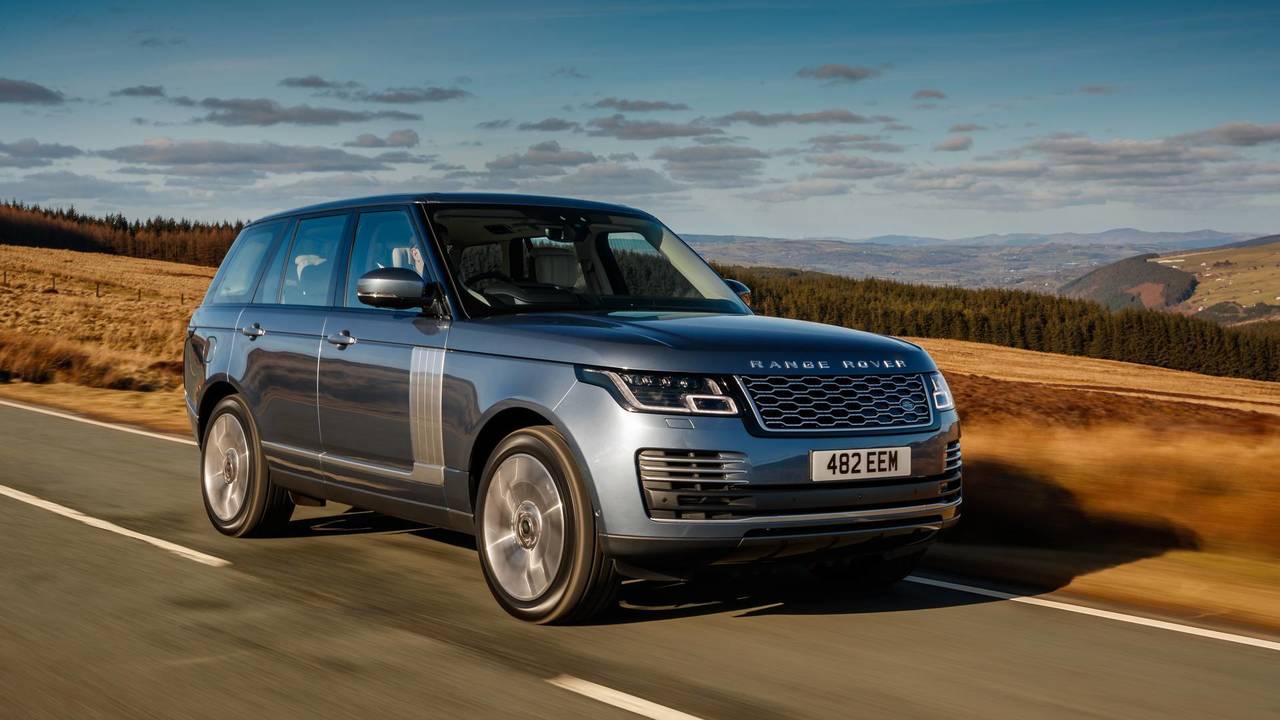 A four cylinder engine? And an electric motor? In a Range Rover? Yup, you heard right. Who says that big SUVs can't posh, powerful and clean?

In 2017, nearly 80 percent of all Range Rover sales in the UK were diesel, but since Volkswagen delivered what is arguably the biggest story of calamity, corruption and human scandal in its eight-decade history - we know you know, but let’s remind ourselves that the defeat device fitted to dupe emissions tests affected 11m diesel-powered vehicles - this power source is now about as welcome as a limp handshake. Range Rover needs to pivot on its fuel source, and fast.

Introducing the Range Rover P400e: P stands for Plug-in Hybrid, developing 400PS or 398bhp in our language, and badged ‘e’ because it is electrified. Albeit not fully. The Jaguar I-Pace may be another family member running with abandon towards the brave new tomorrow of electrification, but Range Rover is determined to take things a little more cautiously.

Still, that instantly recognisable silhouette disguises a significant overhaul underneath. In an engine bay that usually accommodates a 3.0-litre TDV6 or 5.0-litre supercharged V8 now lives a longitudinally-mounted 2.0-litre petrol engine. A turbocharged four-cylinder may sound far too feeble to support a car this gargantuan, but it’s the same 296bhp unit that powers both the entry-level Jaguar F-Type and range-topping E-Pace. When coupled to an 85kW electric motor and 13.1kWh battery pack, the P400e develops 398bhp and 472lb ft of torque.

The hybrid powerplant also helps squash average CO2 emissions to a Toyota Prius-rivalling 64g/km on the New European Driving Cycle (NEDC), while Land Rover also claims an EV range of 31 miles. That means emissions-free motoring for an increasing number of owners who use their Range Rover on the city commute.

All versions of the 2018 model year Range Rover are identifiable by a series of subtle design updates that include new light graphics, new alloy wheels and twin 10-inch touchscreens. You also admire that imperious and unchallenged view from noticeably wider, softer seats. What marks the P400e out are the new badges, a dedicated ‘E’ button on the transmission console and a plug-in charge point concealed by a discreet panel on the front grille. When using a 32 amp wall box, Land Rover says a full charge can be achieved in under three hours, or seven and a half hours if using a conventional plug.

Silent, smooth and strong. There is an argument that suggests that the instant torque and gearless acceleration of an electric drivetrain suits luxury cars better than anything else thanks to the extreme refinement, and you certainly get that impression here. Land Rover claims the car can reach speeds of up to 85mph in electric-only mode, but you’d need bags of patience and the 30-mile runway that featured in Fast & Furious 6 to make that a reality. In all honesty, this matters little because the transition from electric to petrol-electric hybrid is seamless, with progress remaining both effortless and eerily quiet throughout.

For those people stepping out of a previous generation Range Rover, of which there are many - Land Rover reckons this model has an unfathomable 75% customer retention - you’ll notice very little difference in the way this car drives and operates. For starters, you still have a supremely confident, commanding driving position with superlight steering and excellent all-round visibility. And while most electric cars have a noticeable amount of so-called ‘re-gen’ - that sensation of slowing down abruptly when you lift off the accelerator as the vehicle harvests extra energy by gently but noticeably applying the brakes - the P400e just coasts like any other automatic SUV.

Of course, it’s easy to drain the battery with an aggressive right foot, but this isn’t the way you enjoy a Range Rover. You learn to softly squeeze the throttle, to unwind the steering lock, surf on that torque curve and admire one of the best views in motoring. Should you need to keep some electric juice in reserve for that impending emissions-free zone, there is a ‘Save’ function that prevents the battery charge from dropping below a pre-selected level, as well as a ‘Predictive Energy Optimisation’ function, which cleverly plots out the most economical route.

The P400e carries an extra 300kg of mass, which eats into bootspace and pushes the kerbweight to 2509kg. Fine air suspension tuning has helped maintain the car’s trademark wafty ride quality while the weight of the batteries has been well concealed during high-speed corners. Unfortunately, no amount of chassis magic can prevent low speed intrusions like pot holes or speed humps from disturbing that usual suppleness, while the battery weight is most noticeable when the car rolls into big compressions.

The new touchscreens transform the cabin ambience but you’ll be pleased to hear Range Rover hasn’t gone all Tesla on us, as there remains some key physical buttons for volume and temperature control. The screens may not offer haptic response or class-leading user experience - some of the off-road functionality is buried in swipe menus - but they do have clear graphics and the steering-wheel mounted buttons are capacitive, meaning they react to pressure like on your smart phone.

Off-roading ability remains unsurpassed and well beyond the limit of those of us whose skill level is strictly mortal. Honestly, you couldn’t even stand up in some of the boggy tracks we ventured through around Blenheim Palace and yet the Range Rover sailed through serenely in its low range gearbox setting and on road tyres.

Accessing all this off-road dynamism is available in pure electric mode at the touch of a button, too. Interestingly, where most hybrid SUVs like the Volvo XC90 affix their electric motor gubbins to the rear axle - effectively making electric only mode rear-wheel drive - this electric motor is sealed within the eight-speed ZF automatic transmission. It works brilliantly, with no creep engineered into the drivetrain to ensure the greatest control during low speed manoeuvres. The only time full EV mode wasn’t deployed was when testing the 900mm wading depth, as we were keen to avoid any water entering the exhaust pipes.

Only a couple of areas take the edge off this complete luxury vibe: pulling away at junctions can often feel slightly laboured, almost as if the gearbox doesn’t know what it wants to do, while the new mirror controls on the doors feel cheap and brittle.

Many people already are. From April 2018, new diesel cars face a first year road tax surcharge and plans are already in place to remove diesel vehicles from our cities. That goes some way to explain why 20 percent of the current Range Rover order bank is already attributed to the P400e, and when Motor1.com asked Land Rover officials if that volume share could rise higher, they suggested ‘50% could be conservative.’

The good news is that this is an excellent application of a hybrid powertrain that still feels like a Range Rover in the way it drives and ventures off-road. The battery is covered by an eight-year, 100,000 mile warranty, too. It’s cleaner, faster and more torque rich than the TDV6 currently on sale, while its comparatively saintly emissions figures offer big company car tax benefits. Fuel economy, however, will be hugely dependent on how you use it. Limit yourself to driving short distances in the city on all-electric mode, and you’ll get somewhere approaching those claimed NEDC figures, but regularly embark on longer distance trips and you’ll be visiting the pumps far more often than you would be in a TDV6. Time to get the calculator out. 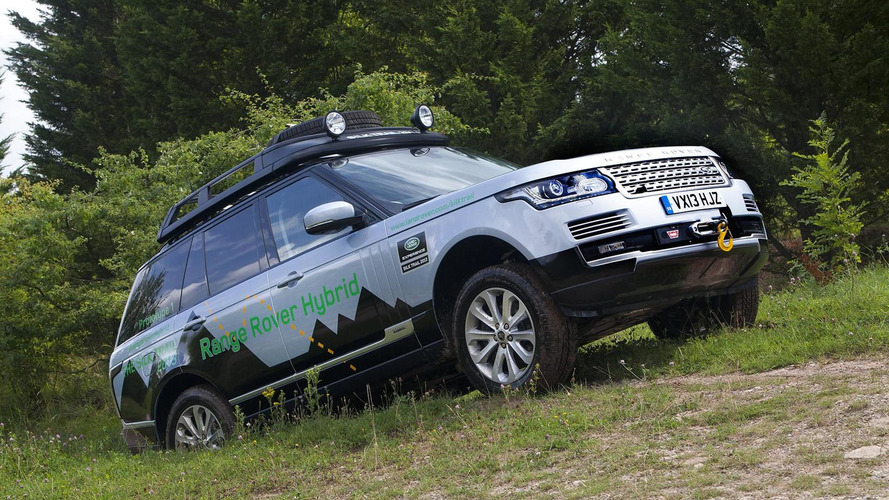