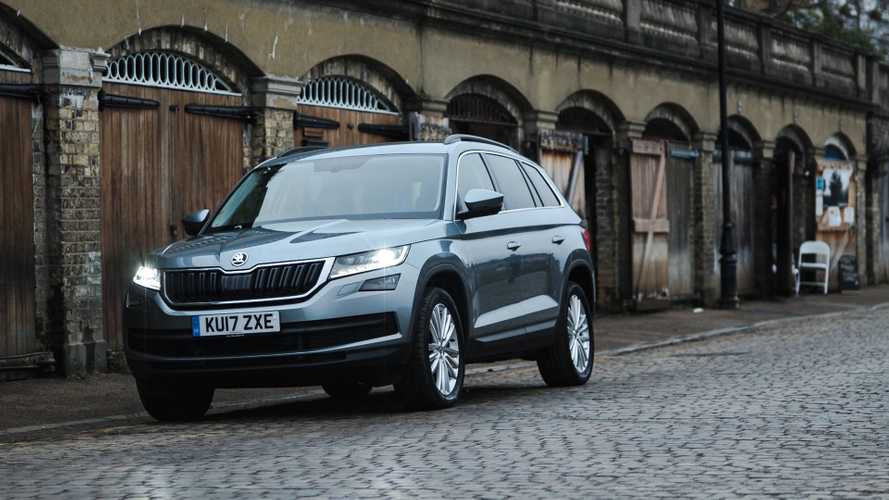 Final report: We've said goodbye to our Skoda Kodiaq, so what were our niggles, would we spec it any differently, and should you buy one?

I miss ‘my’ Kodiaq. Very much. And perhaps that’s the thing that has surprised me most. Not how brilliantly practical it was – as much for all the small details around the car, like the ice scraper in the fuel filler cap, the boot floor that also doubled up as a barrier to section the cargo bay off, and countless other small but smug-inducingly useful things. But how emotionally attached I got to this - let’s be honest - rather grey, rather straightforward car.

We asked a few questions in our initial report on the big, seven-seat Skoda, and so it seems only reasonable to answer them in this final report.

The first thing we wanted to know is whether the Kodiaq is as good a family car as it seems on paper. And it’s not. It’s better. The sheer space of the thing, its relentlessly durable nature, and for all those details mentioned above (and in the video) and more, it fit seamlessly into family life and I fear that we may now be ruined for any remotely normal-sized hatches or estate cars. It’s now possible that, for my three-person-and-a-dog family, nothing but a seven-seat SUV will do. Which is a bit alarming, as until this point in my life I’ve been determined to prove that SUVs aren’t essential for family life.

Perhaps even more important is the question of cost. The Kodiaq SE L that we ran cost more than £35k after a few options, and that’s pricier territory than most buyers would associate with Skoda’s brand of no-nonsense, good value family cars. After all, that’s well into Land Rover Discovery Sport price territory. Yet the Skoda still felt like good value. The interior quality is great and doesn’t feel ‘budget’ at all, and the various comforts on the car – sat-nav, heated seats, alcantara upholstery, and more – meant that this felt more like an affordable Range Rover than an overpriced Skoda.

Sure, the circa £450 per month finance costs after a healthy £5k deposit are not cheap, but they are very competitive with the Skoda's rivals, including the Peugeot 5008.

Economy was a slightly low point, since you had to be fairly conscious of your driving style to get anywhere near 45mpg, and we more often saw economy of around 40mpg, but for a hefty diesel car with four-wheel drive, an automatic gearbox and 187bhp on tap, that’s still not bad.

Would we spec it differently? We’d go for the 148bhp diesel engine, simply because it’s cheaper to buy and you won't notice much difference in real-world performance. Or if you’re looking at low mileage use – mostly the school run and the like – give some serious thought to the 1.4 TSI 150 engine, which is more refined and similarly punchy, if a bit less economical in real world use.

We’d stick with the four-wheel drive, auto’ drivetrain as it suits this car down to the ground, and obviously those seven seats are a must – they’re not expensive to add, plus they increase the used value and are just brilliantly useful to have. We’d also stick with SE L, since the upholstery finish and extra equipment it brings makes the Kodiaq feel rather posh. We’d also add the optional reversing camera (£385), traffic sign recognition (£90), space saver spare wheel (£105), and electric child lock activation with rear blinds (£180) are a must if you've got kids.

We'd also be tempted by the £405 Canton sound system upgrade since the Kodiaq's sound system didn't quite go loud enough for those real sing-it-out moments - especially if it was running audio from your phone. More annoying is that you can't have the space saver spare wheel and the audio upgrade as a subwoofer takes the place of the wheel, as a subwoofer takes up the cavity that the wheel needs.

Don't bother with the adaptive dampers – they’re expensive and they don’t improve the ride quality enough to justify the cost.

And that’s about it, really. Having lived with it for some 13,000 miles, and despite the arrival of new and very good competition in the form of the Peugeot 5008, the Skoda Kodiaq is absolutely our favourite of the cheaper seven-seat SUVs. It’s so useful that it became weirdly lovable by the end of its tenure with us.

If you want to know more about the Skoda Kodiaq range, check out our full review and watch the review video and our other long term video updates on our YouTube channel.