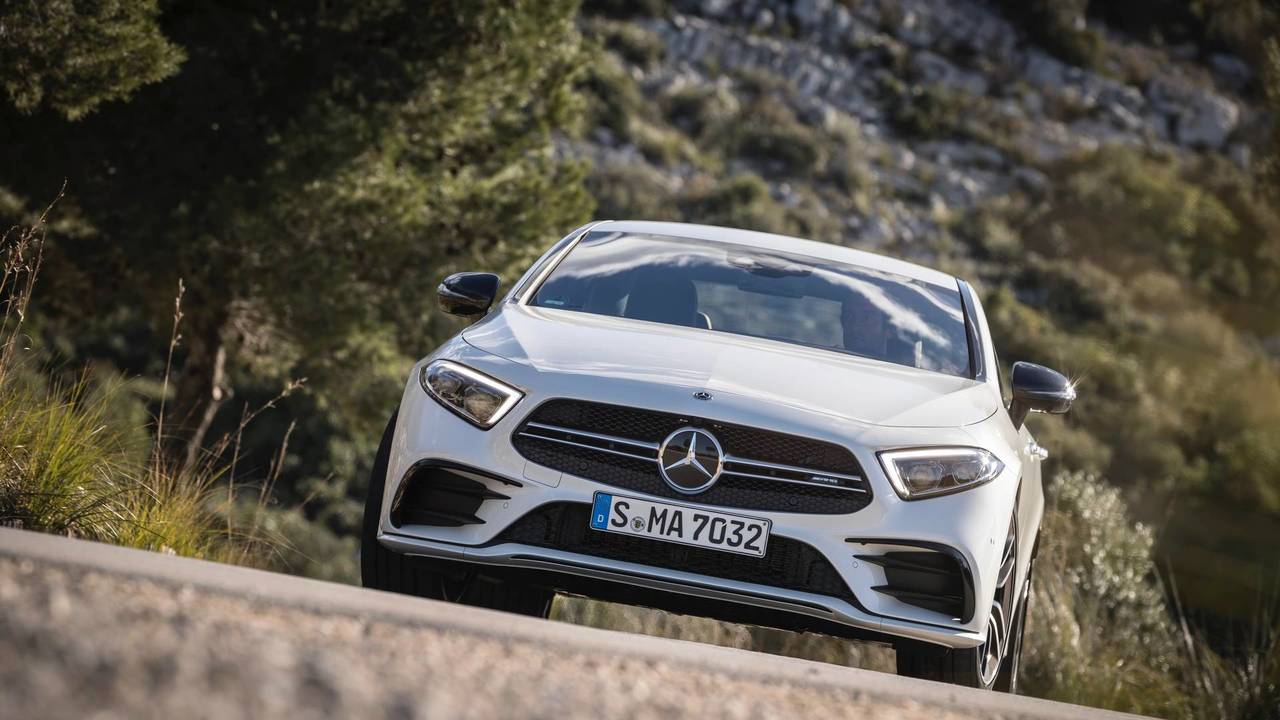 New Mercedes-Benz CLS arrives with an electrified range of engines, including the new AMG CLS 53 4Matic+

Now in its third incarnation, Mercedes-Benz’s CLS mixes saloon car sensibilities with coupe-like styling to compete against rivals like the Audi’s A5 Sportback. There are some compromises because of its sweeping style, but if they’re really an issue the Mercedes-Benz salesperson should point you in the direction of an E-Class.

With this all-new CLS the company is introducing its latest range of engines. The petrol choices now featuring mild electrification, dubbed EQ Boost, to improve both performance and economy. That’s on all the in-line six-cylinder units, including that on the Mercedes-AMG CLS 53 4Matic+ range-topper. It’s the fastest of the new line-up, until the inevitable Mercedes-AMG CLS 63 adds some lunacy to the sharply-styled CLS range.

Time was 429bhp and a 0-62mph of 4.5 seconds would have been more than enough for the CLS 53 to take top-dog status in the range, but it’ll be the CLS 63’s understudy when that car is revealed later this year. Like the rest of the CLS line-up at launch the CLS 53 is all-new, four-wheel drive and, with the petrol engines at least, electrically assisted. The 48V EQ Boost system is essentially a starter-generator, though the electric motor is big enough to add assisting power, if not actually drive the CLS on electricity alone. Yes, we really have entered the era of electrified AMGs.

As with its predecessors the CLS borrows heavily from the E-Class range. It uses most of its saloon relation’s platform, though the suspension is unique to it, fitting the CLS’s more sporting brief. Mercedes-Benz has always described the CLS as a four-door coupe, highlighting it places style over practicality. It’s a good looker, too, the CLS’s arching roofline, unfussy flanks and tight glasshouse making a dramatic impact, the detailing around the lights and grille neatly executed. In AMG guise here it’s obviously more overly sporting, so there’s AMG specific sills, grilles, exhausts, wheels and a upright bootlid spoiler that can be had either body coloured or in carbonfibre.

The interior is similarly neatly styled and detailed, the dashboard dominated by a configurable twin-screen setup that spans almost two-thirds of the width of the cabin. It’s not just sensational to look at, but easy and clear in its operation – whether by the standard, familiar Comand wheel and click controller, or an optional touch pad. Unlike the forthcoming A-Class, the CLS’s screens don’t offer touchscreen interaction.

We’ve ridden in prototypes in the UK previously, and then the CLS impressed with its composure on what passes as tarmac over here. The CLS 53 gets a more focused setup given its more obviously sporting goals, but with adaptive dampers in comfort it manages to retain that fine ride quality mixed with control. There’s the opportunity to firm things up, but the only gain is intrusion of ripples, bumps and ridges on less than perfect roads.

The Individual drive setting in the selectable modes is your friend then, allowing a cherry-picked mix of engine, transmission, suspension and steering choices. It’s impossible not to opt for the more focussed settings for the engine, not least because along with the improved immediacy of response comes a rousing soundtrack under acceleration and a delightful popping on the overrun. It’s not as overt as AMG’s 63, but enough to raise a grin, and justify the three letters on the CLS’s shapely rear.

There’s enthusiasm for revs, but the twin-turbo, as well as the EQ Boost (which momentarily can add 22bhp and, more significantly, 184lb ft of torque) means there’s plenty of low-rev flexibility and any-gear pace. The integration of the 48V electronics is, largely, seamless, only when in ECO mode does it really make itself apparent, cutting the petrol engine as quickly as possible when coasting to a stop in slow traffic. There’s the odd knock from the transmission in traffic too, as the transmission juggles its nine ratios; that not so unusual in Mercedes-AMG’s nine-speed automatic.

Escape the confines of the city and the CLS 53 4Matic demonstrates its breadth of ability. In untypically, rather British winter conditions in Barcelona, the 4Matic+ delivers assured traction, it feeling largely rear-wheel drive until it needs to divert drive. Only in extremes can the drive being pushed to the front axle be felt, and even then it’s useful rather than intrusive, allowing the CLS 53 to maintain decent cross-country pace.

Sitting low in deeply bolstered seats, it feels more wieldy and agile than its exterior dimensions would lead you to believe. The engine’s plentiful urge and the gearbox’s quick-shifting in manual control makes for an accomplished drive. The suspension delivers fine control, and while the steering might lack what can be described as any real feel, the CLS’s nose turns in tidily. That it can achieve all that, with good, if not perfect, manners when it’s tasked with the daily grind underlines its expansive remit, being authentically AMG, yet not compromised overly by its greater focus.

It makes a compelling case for itself, yes, it’s not the full-beans AMG model, but then it’s not lacking in performance or appeal, either. That these are mixed with palatable economy and emissions – relative to the performance – makes it even more appealing, and arguably relevant to all but the most hardcore buyers.