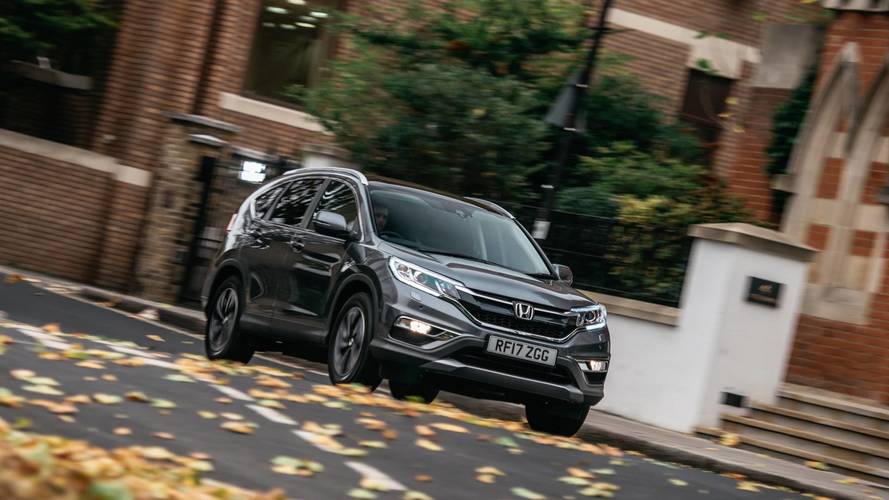 Report 5: While active driver aids are a great thing generally, you might want to think twice about spending £1500 to add the Honda's extra safety tech.

As winter creeps into February, and the light slowly claws back precious minutes from the dark, driving home with the sun setting has become the norm. Statistically this is the most dangerous time of day and year for motorists to drive, so to combat this, my CR-V has the optional £1500 Honda 'SENSING Pack' fitted, adding a raft of safety systems to help keep you and your passengers safe.

Mind you, it's worth pointing out that half of this stuff comes as standard on many rivals, especially on similarly top-spec rivals such as the Skoda Kodiaq SE L and Peugeot 5008 GT, so it's a little cheeky for Honda to ask for an additional £1500.

Even sadder, though is the fact I’ve only effectively made use of the cruise control, which isn’t great itself. Ok, granted, it works to the definition, the controls are well placed on the steering wheel, and when you notch up the speed it accelerates nice and smoothly to the new speed. However, the whole engaging and disengaging is not well thought out. If you want to go from say, 50mph to 70mph, rather than toggling the “+” twenty times, you’d obviously accelerate up to 70mph with your foot, then press the “reset” button to lock in the new speed, but computer says no to that. You actually have to hit “cancel” first and reset it that way, even though it has an actual “reset” button. It’s almost like a chronograph watch in that respect, complex and dumb at the same time.

The high beam assist (which switches full beam on and off automatically) is fairly primitive too, I’ve loved this feature on Volvo’s before but sadly on the Honda it just doesn’t work. They never come on when you want them to, or turn off when those driving towards me want them to. Many poor on-comers have been unfairly blinded by the CR-V. They also default to “on” in “auto” mode, so you then have to disengage it every time you start the car up.

While this safety kit is all great in principle, it generally feels like the CR-V's more advanced driver aids - those I've needed to make use of, at least - are a generation behind some others. I’d think twice about forking out an additional £1500 to add it.