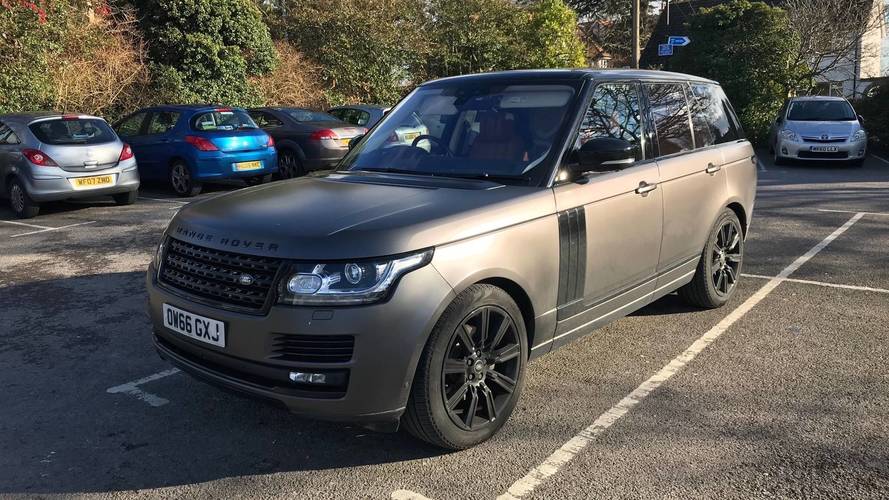 The Range Rover gets the family car test. How much random kiddy paraphernalia can you squeeze into a posh Range Rover? Not as much as you might think.

It's usually our enigmatic head of video, Alex Goy, who's to be found roaming around the wilds of London in the Range Rover. Well, I finally managed to prise it from him so that I could loaf up and down the M3 in it with my family in tow. Now, I have an 18-month old daughter who - despite my best intentions to not trail about with vast oceans of paraphernalia - sure enough seems to require a caravan of vehicles and her own personal retinue to accommodate her train of 'essentials'.

So it was a good test of the Rangie's boot space to see how it coped with a trip to see family in Dorset, and it turns out that it requires only a lightweight buggy, travel cot and the toys, clothes, creepy doll and general stuff necessary for a four day stay with a toddler, to fill a Range Rover's boot to the loadbay cover. Basically, the Range Rover's boot is not as big as you'd expect for such an enormous car - particularly in terms of the length of the floor. My £35k Skoda Kodiaq is vastly more practical in reality.

The executive seats in the back of the Rangie, complete with screens, are also not what you'd have if you were speccing a Range Rover for family use. Flo could easily reach the screen with her tiny but remarkably destructive little feet when she was in her car seat, so we had to take it out. I reckon iPads would be a better (and cheaper) bet, anyway, to entertain older kids.

And frankly, I don't care about any of that, because the car is just so flipping good. I love a Range Rover, and this is a great example of the breed. I reckon that 80 percent of what makes the Range Rover so utterly brilliant is its driving position. That elbow-on-the-windowsill, high-set, perched-in-a-glass-house experience that no other SUV offers. It's unique to this car and it's just wonderful.

All of which was partly emphasised by another test car I had after my weekend in the Range Rover - a Bentley Bentayga. What it lacks in heritage, the Bentley makes up for in sheer bravado and indulgence. And phenomenal pace and refinement, when it comes to the lunatic W12 model we had.

But while the Bentayga makes a great fist of transferring the indulgent Bentley character to an SUV, it feels distinctly different to the Range Rover that is its closest rival. And primarily, it's the driving position. To sit in the Bentley is to sit in what feels like a bejewelled, high-riding, exotic hatchback. Sit in a Range Rover and it's like, well, a Range Rover. And that is why it is still The Best SUV. End of.