Behold! A mid-sized, funky-looking SUV that promises to be affordable to buy and run, useful to live with and able to buzz over speed bumps without breaking a sweat, all while looking very on-trend in Tesco’s car park.

Here is Mitsubishi’s answer to the Nissan Qashqai, Seat Ateca, Skoda Karoq, Renault Kadjar, and just about every other family SUV going. It’s currently only offered with a peppy little 1.5-litre turbocharged petrol engine, but you can have it with two- or four-wheel drive. 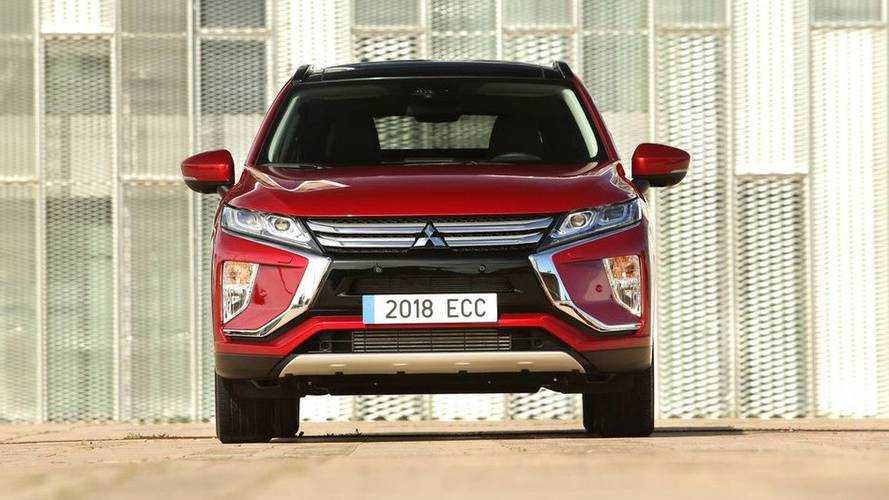 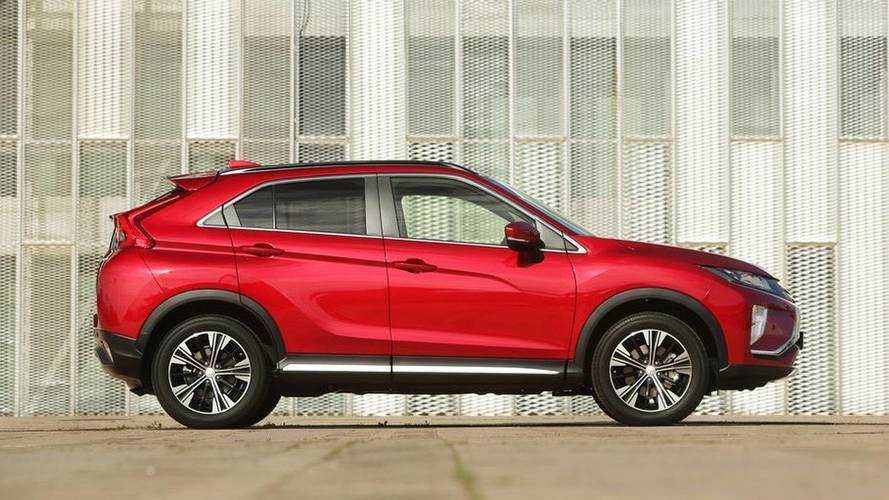 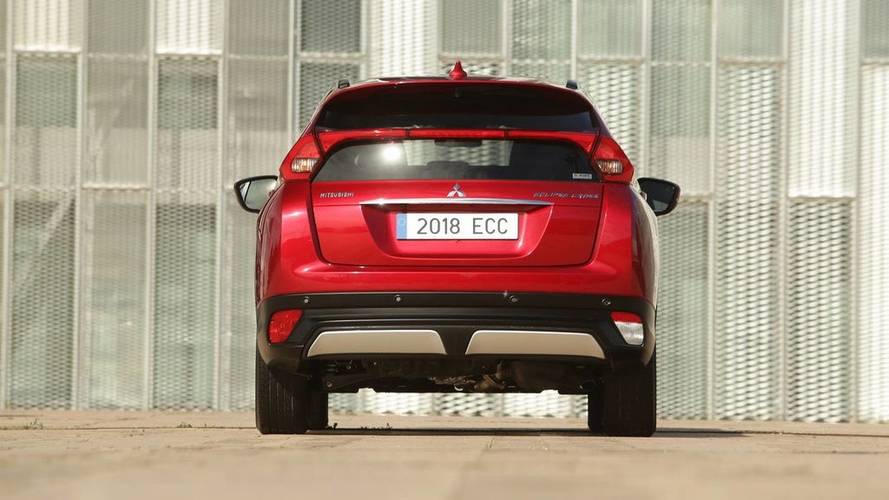 The most distinctive aspect of the Mitsubishi Eclipse Cross is its rear end. That two-piece rear window with the protruding light bar is unmistakably Japanese and certainly distinctive, if possibly one of those design cues that you’ll either love or hate. It’s all about standing out, these days, and the pert rear end, pumped-up wheel-arches and tapering window-line help the Mitsubishi to do just that.

The interior is a big improvement for Mitsubishi, with buttons that feel nicely damped and materials that are up there with those in rivals from Renault and Nissan. Visibility could certainly be better, particularly to the rear and rear three-quarters, but the driving position is easy to get comfy in. 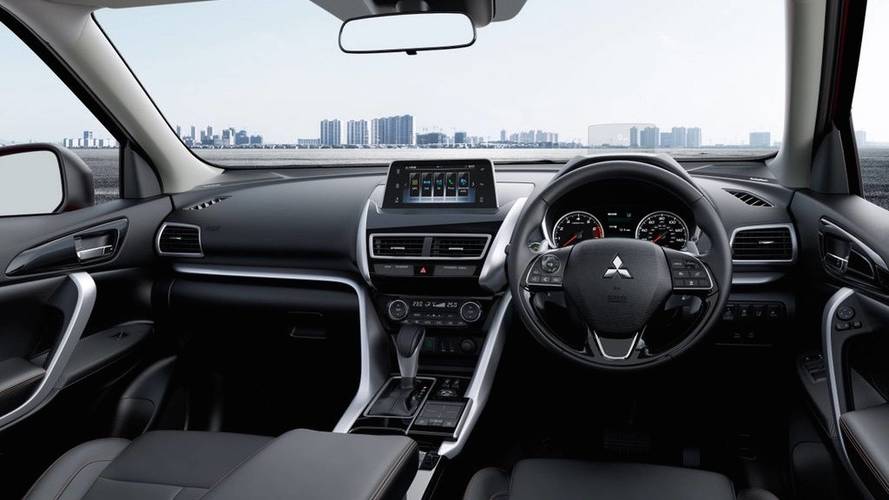 Infotainment is courtesy of a protruding, high-set touchscreen in the middle of the dash, which is well equipped  with DAB, USB, Bluetooth and Apple Carplay and Android Auto as standard across the range, but you can’t actually add sat-nav to any Eclipse Cross – it’s Google Maps direct from your phone via the relevant App, or no nav guidance at all.

An added novelty is the touchpad controller just below the driver’s elbow, which you can use to swipe across the screen if just prodding the screen is a bit too fiddly. It’s actually not too difficult to use if you’re just selecting a function from the tiles on the home page, but it can get quite tricky if you’re trying to do something more difficult like inputting a destination, when you’re far better off just using the screen. 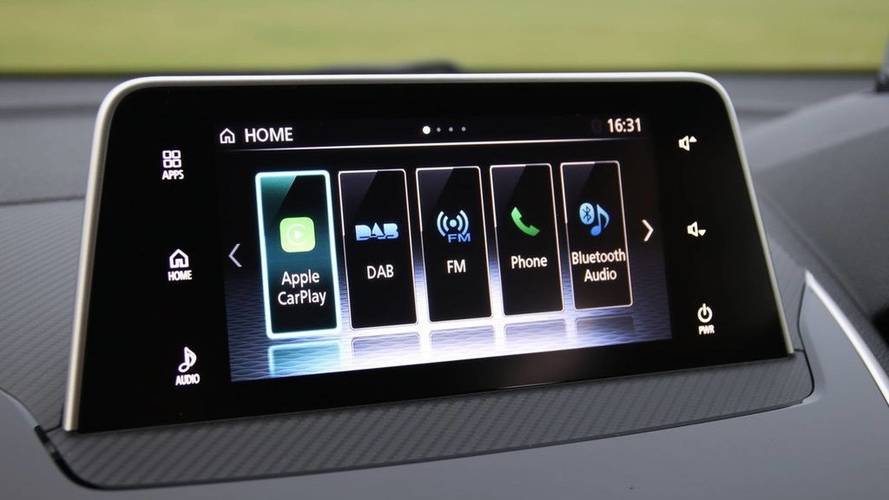 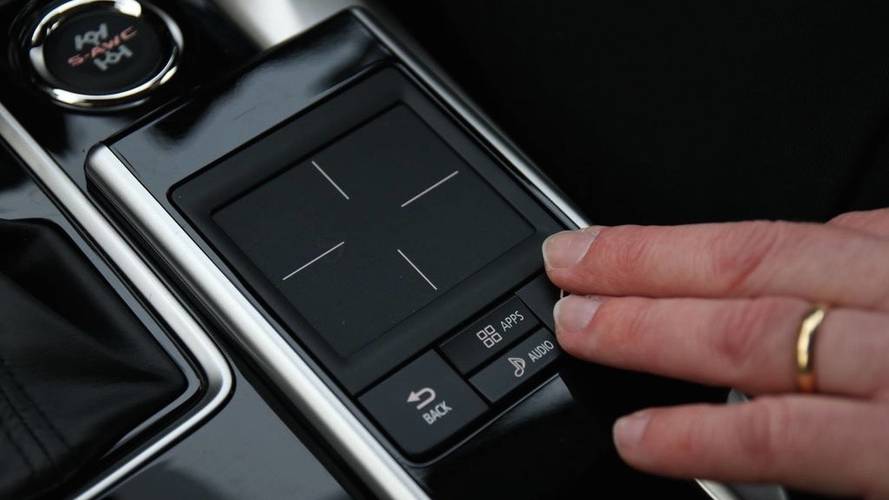 Equipment is very good otherwise. Even the cheapest ‘2’ trim  gets the aforementioned screen and multimedia bits, a rear-view camera, auto lights and wipers, cruise control and air-con, but most buyers will go for ‘3’ as it adds heated seats and door mirrors, front and rear parking sensors, keyless entry and even a head-up display as well as a few extra style upgrades and 18-inch alloys.

There’s loads of legroom in the back of the Eclipse Cross, which has seats that slide and recline, but headroom is quite a bit tighter than you’d enjoy in a Qashqai, Karoq or Ateca.

The boot, too, is adequate but a way off class-leading. The load lip and boot floor are high and the loadbay fairly narrow by comparison to the best rivals, so while you will be able to chuck a couple of buggies, or a Labrador into the boot with relative ease, if you want proper versatility and load-carrying ability look to the Skoda Karoq or even the Peugeot 3008. 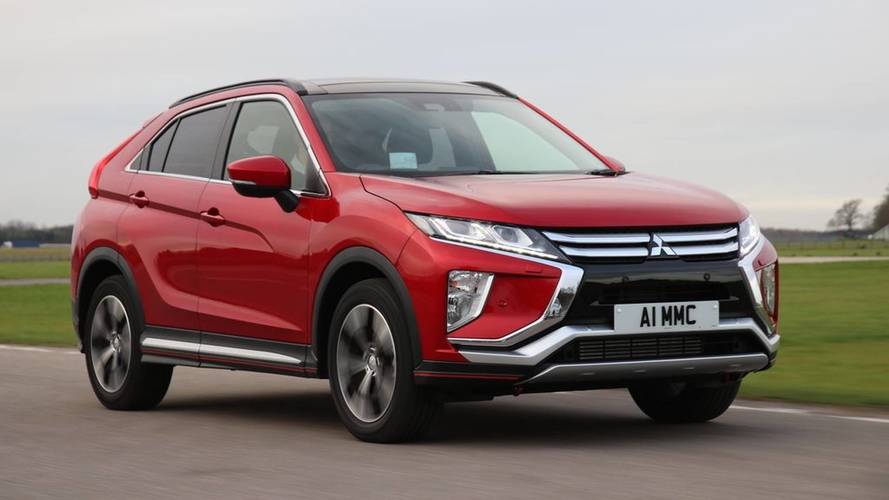 That 161bhp 1.5-litre turbocharged engine is a new addition to the Mitsubishi range, and a very good one. It’s got plenty of gumption to shift the Eclipse Cross about, so you can jump into gaps into the traffic or go for a well-planned overtake with relative ease. It’s quiet at low revs but if you work it hard then it gets coarse and buzzy, and you’ll stray into that harsh-sounding zone fairly regularly if you go for the CVT automatic. This auto gearbox - obligatory if you want four-wheel drive - is fine in sedate use, and it has paddles that make it easy to control engine braking when you’re going down a hill, but being a CVT it only takes a moderately heavy right foot to have the engine whining fairly uselessly.

Ride comfort is also too firm for our liking. It’s not too intrusive at low speeds, but at higher speeds it feels brittle over expansion joints, and rough or bumpy surfaces will have you feeling a bit shaken about. 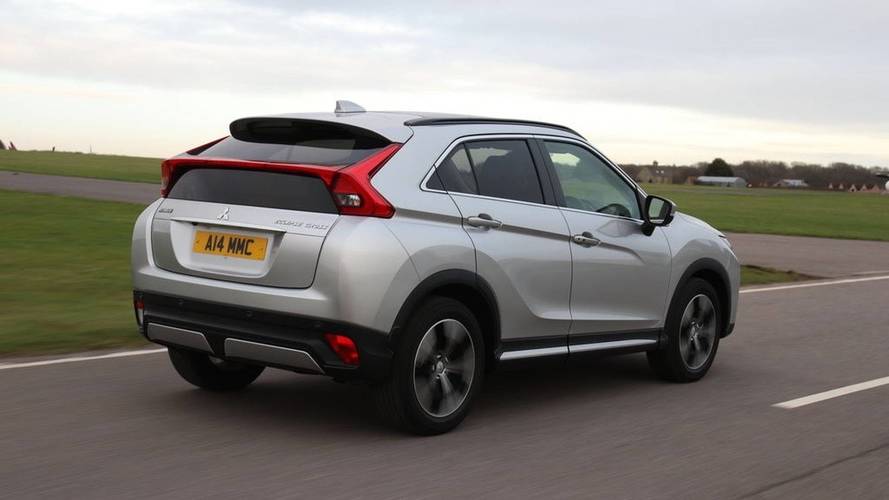 Still, that firm ride does mean that there isn’t too much body lean in corners, and the four-wheel drive car has decent grip that means you can sling it about confidently on a country road. The front-wheel drive car is a bit less ideal as it’s prone to understeer – even moderately brisk roundabout action can see the Mitsubishi’s front end washing wide quite quickly so that you have to lift off the throttle to keep it on the line you want.

It’s not tricky to drive or even remotely unsafe by any stretch of the imagination, mind you. In fact, it’s got a stellar five star Euro NCAP result and a full complement of safety kit including autonomous emergency braking and seven airbags including a driver’s knee airbag. But it is certainly not a car that you’re going to relish going quickly in. 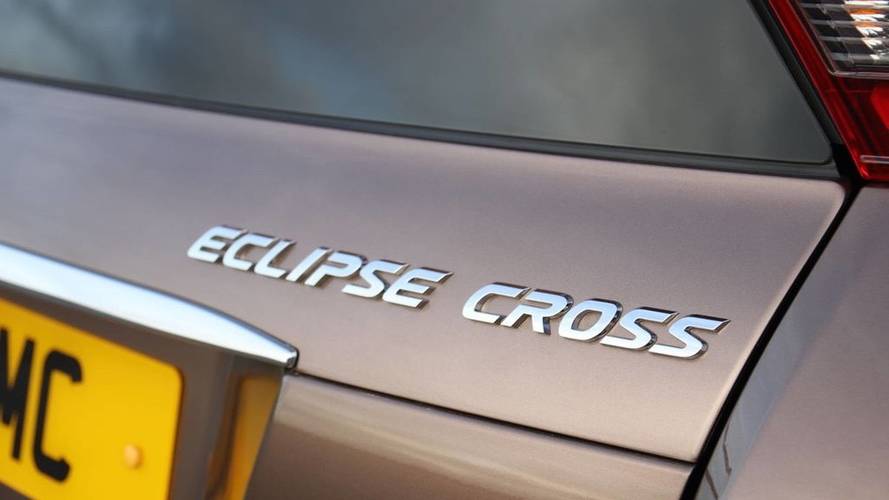 It’s very easy to do so. Mitsubishi offers seriously keen finance offers – a £5,000 deposit on an Eclipse Cross 2 can get you monthly payments of under £200, and you can even get zero deposit, zero interest finance setups if you’d rather have higher monthly payments. The Eclipse Cross is also one of few petrol, automatic 4x4s out there in this class, and its list price is competitive given the equipment if you're planning on buying the car outright.

However, the mid-sized family SUV class is beyond competitive these days, and the Mitsubishi lags behind class leaders for ride comfort and practicality. The lack of a diesel option or even a particularly efficient petrol (a diesel may join the range later this year but it’s yet to be decided) also makes this a very unlikely choice for those after an economy champion or cheap company car.

Well equipped and well priced it may be, but there are plenty of better options out there than the Mitsubishi Eclipse Cross.