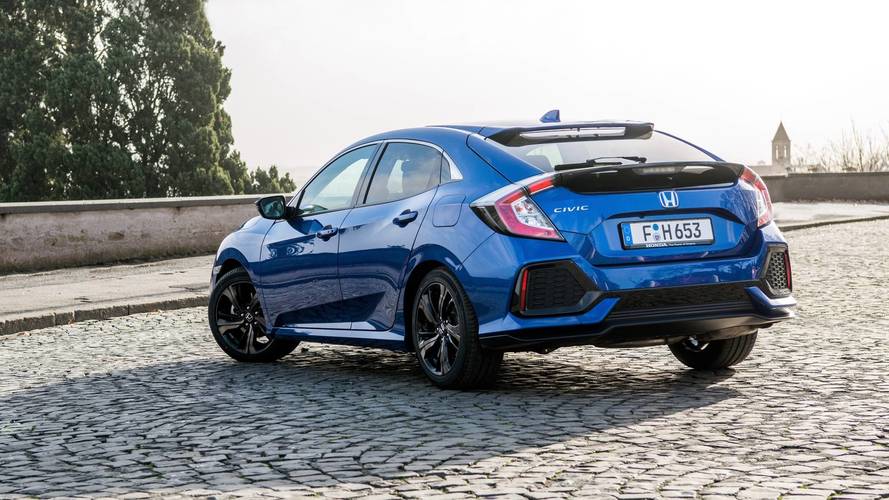 New diesel Civic might be the one you've been waiting for.

The Honda Civic is something of a staple in the hatchback landscape and ten generations later it’s still going strong. However, the latest car has been missing a diesel option since its launch. Oil burner loyalists rejoice as this 1.6-litre picks up from where the old car left off.

Keyless entry grants you access to a modern interior full of cascading surfaces and a digital driver’s display. Honda’s 7-inch Connect infotainment system features Apple CarPlay and Android Auto connectivity. The software itself can be a bit fiddly, but it is a marked improvement over its predecessor

A pair of well bolstered and highly adjustable seats support those in the front while rear passengers enjoy good levels of leg room. However, that sloping roofline comes with a slight headroom penalty for taller occupants. Something that isn’t lacking is boot space as the Civic is actually class leading. An impressive 478-litres of cargo capacity is a full 98-litres larger than a Volkswagen Golf. Hunt around the cabin and you will find some scratchy plastics, but overall the Civic’s interior has a quality feel to it.

Diesel is having a hard time of it at the moment, with mass hysteria in the media shaking consumer confidence in oil burners. The truth of the matter is that the latest Euro6 diesel engines aren’t the issue and aren’t subject to things like the new London T-Charge. Honda has gone to great lengths to make this 1.6-litre i-DTEC engine as clean as possible. Modifications to the turbo and combustion chambers have reduced NOx emissions and new steel pistons help achieve CO2 emissions of 93g/km.

Starting at £20k, or around £250 a month on PCP, the new diesel produces 118bhp and 221lb ft of torque, but the real story here is the claimed 80mpg. We usually take these official figures with a pinch of salt, but Honda cars tend to come very close in the real world and we don’t expect this Civic to buck this trend. A conclusive test is needed back on home soil to make sure.

In motion there is a little bit of lag, but once the turbo spools up the new diesel pulls cleanly. It’s at its best between 2,000-3,500rpm, the sweet spot for a strong overtake, beyond that is just an increase in noise. This engine is paired with a six-speed manual transmission that is a joy to use thanks to a nice precise motion. Later this year a nine-speed automatic will also be offered.

Honda’s tinkering has benefited refinement too, with this diesel being very hushed when cruising along - it’s only when pushing higher into the rev range that the traditional diesel gurgle can be heard, but otherwise it’s impressively muted.

Further boosting the Civic’s refinement is a well judged ride that strikes a good balance between being cosseting over broken surfaces, but also taught enough to prevent excessive body roll. This car’s new independent rear suspension gives it plenty of stability through faster bends, something that can be further increased by using our test cars adaptive dampers. There’s plenty of reassuring grip, but the steering could do with some added weight as it’s a bit light for our liking.

Honda is convinced that there is still a place for diesel and that is why it has put so much time and effort into this engine. It’s refined and efficient, and while the Volkswagen Golf has a few solid diesel engines to its name, none that claim this level of efficiency.

It is a shame that Honda doesn’t have a hybrid or electric offering in the Civic, but the honest reality is that the impressive real-world economy of this diesel will still make it cheaper to run than a hybrid if you do mega miles, although company car tax will be usefully cheaper on something like a VW Golf GTE.

Even if you’re a company car buyer, this new Civic diesel falls into the lowest diesel tax band (23 percent) under the new tax rules coming in from April, so it’ll hardly be expensive and the fuel economy is a big incentive. If that’s your priority then this is the Civic you have been waiting for.