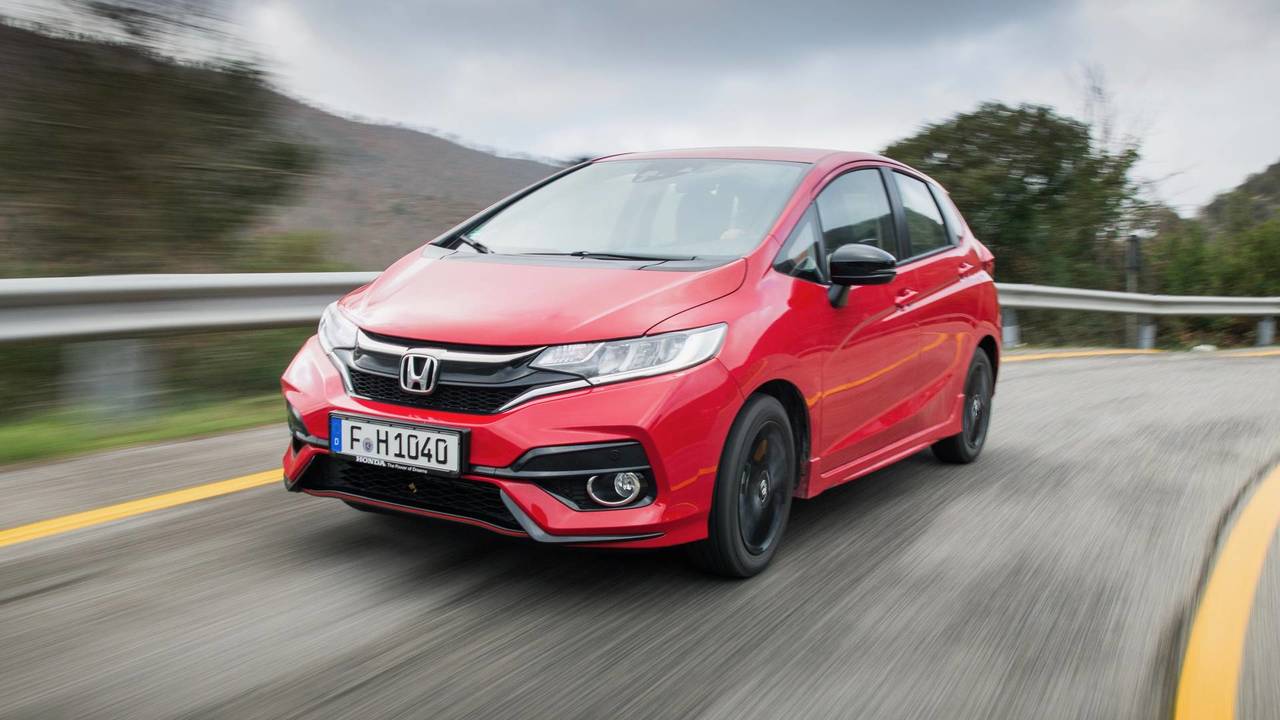 This Jazz gains a bigger 1.5-litre engine and some sporty touches.

The average age of a Honda Jazz owner is 65 years-old, something that the brand isn’t shy about – nor should it be with the Jazz representing its biggest seller. So a Jazz Sport might sound like an oxymoron, but it’s Honda’s way of opening the supermini up to younger buyers.

The Jazz Sport does a good job of promoting its slightly sportier intentions without looking like it has fallen into the Halfords parts bin. It still has the same simplistic boxy profile as the car on which it’s based, but more athletic bumpers and a smart set of black 16-inch alloy wheels mark it out from its lesser siblings.

Being a Jazz, there is a huge amount of space inside, both in terms of head and legroom. In fact, there’s more rear legroom in this car than you’ll find in a standard wheelbase Mercedes S-Class. This cavernous space is enhanced by larger windows that let in lots of natural light, and Honda’s ‘magic seats’ that can fold like cinema seats make it an extremely versatile space as well. On the subject of practicality, boot room is an impressive 354 litres – which is getting on for the same capacity as a VW Golf – or 897 litres with the rear seats folded flat.

Honda’s latest 7-inch Connect infotainment system takes centre stage and is an improvement over its predecessor, however it’s still not the easiest thing to use – the best way to get the most from it is to use the Apple CarPlay and Android Auto functionalities. The cabin might consist of some hard plastics, but it feels durable and well put-together. Being the Sport model, the seats and gear knob get some red stitching to inject a bit of colour.

For the Sport model, Honda has shoehorned a 1.5-litre engine under the Jazz’s bonnet to give it 128bhp and 114lb ft of torque, up from 100bhp and 90lb ft. It’s not going to set the world ablaze with a 0-62mph time of 8.7 seconds, but that does make it faster to 62mph than the 138bhp Ford Fiesta ST-Line. An official 52mpg isn’t bad either.

Pottering about town, the Sport behaves like any other Jazz. The light control weights, a tight turning circle and excellent visibility make it a synch to drive even in the urban war zone that is Rome. Particularly nasty potholes send a shudder through the car but, generally speaking, the ride is compliant.

So what’s it like when driven with a bit of verve? Well, the car changes direction keenly when faced with a series of twisting bends, and the steering – while a little numb in feel – allows you to place the car precisely. There’s plenty of body roll, however, meaning it’s not the sort of car to be chucked around like a Fiesta.

The four-cylinder unit enthusiastically climbs the rev range, although to get the most out of the engine you need to push beyond 6,000rpm. Dropping a gear via its short-throw six-speed manual transmission is entertaining to begin with, but the engine noise at these higher revs becomes all-consuming – and eventually tiresome.

This Jazz is most at home in the city where the added power can be used to take advantage of gaps in the traffic, and its versatility exploited when shopping.

Viewing the Jazz Sport as some sort of hot hatch is to miss the point somewhat. It’s neither the last word in dynamic handling nor the fastest thing in the car park, but seen simply as a Jazz with a bit more grunt and style appeal, it makes much more sense.

Costing £17k means that it matches the Ford on price, although make sure you investigate the Seat Ibiza – our favourite small car – before you make any decisions. After all, you can get a high-spec and usefully roomy Ibiza FR with 148bhp for not much more than the Jazz Sport.

For all that, nothing in the class can touch the Jazz for practicality, and Honda’s stellar reliability record speaks for itself. It’s more of a Jazz Plus than something you would associate with the term Sport, but existing owners will likely welcome this model’s added poke. Being over 60 doesn’t mean you want to be boring, after all. Sensible can be stylish, too.