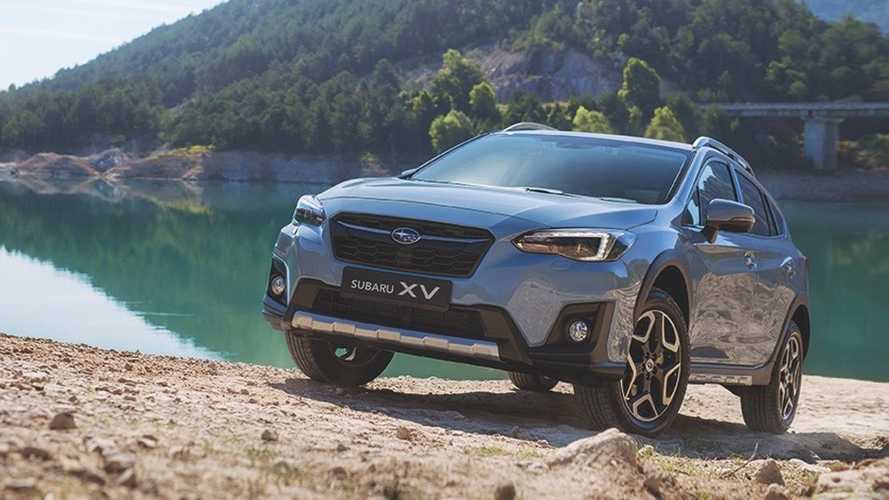 The Subaru XV is a mid-sized, four-wheel drive, petrol-only SUV that's inoffensive to drive, impressively safe and well-equipped, but still hard to justify.

What do you think of when you think of Subaru? Collin McRae’s flying WRC car? Probably not advanced driver aids, generous standard equipment and sensible family cars, but that’s what the company is about these days. The core of its range is a spread of some five practical family cars all crowding the circa £24-£32k price range.

So perhaps it’s time to move on from the halcyon days of the ‘90s WRC and see Subaru for what it is – a purveyor of down-to-earth family cars with proper off-road ability. Like this, the new Subaru XV.

A fraction bigger than a Nissan Qashqai, this is the Subaru for you if you're after a spacious, mid-sized family SUV. But with all-wheel drive and CVT automatic gearbox standard on the two petrol engines on offer - a 1.6 or 2.0-litre (no diesel at all) - and the most generous standard safety kit in the class, Subaru is offering a fairly different take on this big-selling class of car.

Very few rivals currently offer automatic, four-wheel drive petrol offerings in this class – if you want off-road credentials, diesel is currently your best bet. However, petrol 4x4 rivals at roughly the XVs price do include the Mini Countryman, Suzuki Vitara and Jeep Renegade.

Although it looks very much like the previous Subaru XV, this is all-new model sits on a new platform that was first used in the latest Impreza (with which the XV shares many of its parts and design cues).

The styling is a bit awkward from some angles - particularly the protruding rear lights - but the XV is generally inoffensive-looking car, and you can get the it in some new, more interesting hues from a metallic red to a very on-trend flat grey.

The interior is a vast improvement over Subarus of old. Gone is the aftermarket-looking screen and scratchy plastics, and in its place is a sensibly laid-out dash, complete with dense-feeling materials and glossy textures, and a smart 8-inch touchscreen. It's no Audi for interior quality, but it's now competitive with plenty of other rival brands for fit and finish.

That touchscreen is quick to respond and quite easy to use, although it does reflect the light a bit more than is ideal on a bright day. It’s also a shame that you have to go for the more expensive of the two trim grades to get sat-nav (and leather , although Apple CarPlay and Android Auto is standard across the range.

You also get Bluetooth and DAB thrown in, plus an impressive amount of safety kit including adaptive cruise control, autonomous emergency braking that stops the car if it senses an imminent collision, rear cross traffic alert and reversing camera, LED headlights, blind spot warning and lane-keep assist. Those safety systems (with the exception of the rear traffic alert) are camera-based, which makes them very effective in daylight, but does mean that they won't function so well in the dark; a problem that the radar-based systems employed by most rivals won't have. Still, most of this tech would be optional (if it’s available at all) in the Subaru’s many and varied rivals.

There’s plenty of space in the back for two adults, although the middle seat is definitely for occasional use only. The boot is fine for a big buggy or dog, but there are more spacious boots in the class, and more practical ones given that the wheelarches cut into the boot space to make it a slightly awkward shape, and with the 60/40 split rear seats folded there's a slope in the middle of the extended boot floor. If it’s space and seating versatility you’re after as a priority, look to something like the Skoda Karoq instead.

It's fine, but nothing more than that. The ride comfort is really rather good, softening out bumps and ruts with ease, and the refinement is also decent provided you don’t accelerate hard. Tyre noise intrudes quite a bit at higher speeds, but most of the time, the XV is quiet and easy to drive. It's also surefooted and predictable in corners (aided by the permanent four-wheel drive), although the steering feels a bit nervous and overly sensitive as you turn into high-speed bends.

Don't expect the XV to be fast, though. It's offered with a 1.6 or 2.0-litre petrol engine, both of which have the trademark boxer layout (with the cylinders horizontally opposed), and are not turbocharged as is the norm these days. And while the 154bhp power of the 2.0-litre we drove promises a glimmer of excitement, it is in fact rather slow. You have to plan an overtake well in advance, and when you execute it you'll be doing it with gritted teeth as the CVT automatic lets the engine moo fruitlessly into its upper rev range. Going quickly in the XV suddenly makes this car feel like hard work.

Still, it is remarkably capable off road. Even on standard road tyres we managed to wade through axle-deep mud-slicks and up and down deeply rutted country roads with very little effort courtesy of the standard ‘X-Mode', which lets you make the most of the four-wheel drive over awkward terrain.

Towing potential is less impressive at 1400kg (braked), although because of the shortage of petrol-powered, four-wheel drive rivals at this price, very few alternatives will better at towing unless you go for diesel.

Probably not. Give it its due, the Subaru XV is a comfortable, stable and (mostly) quiet car on the road, and it's got some impressive safety kit and off-road gumption. Plus, Subaru has tapped into a bit of clear air in the overcrowded, circa £26k family SUV market by offering an automatic, petrol 4x4; as we've mentioned, currently most rivals can only be had with a diesel engine if you want all the wheels driven and an auto'.

But it is only if you are dead-set on those drivetrain specifics that you should think about the XV; if you can live with diesel, there's a world of more practical, more efficient and generally better automatic 4x4s out there. Start with the Skoda Karoq and you won't go far wrong. You should also think hard about whether an automatic petrol SUV with front-wheel drive and all-weather tyres would suffice, as that also opens up a vast array of SUVs that are better to drive, cheaper to buy and run, and roomier inside. If the Skoda Karoq isn't to your taste, there's always the Seat Ateca, Nissan Qashqai and Peugeot 3008, just for starters.

Those rivals that do fill the petrol 4x4 role include the Suzuki Vitara S and Mini Countryman, both of which have less standard safety kit, and a bit less rear passenger space than the XV but will still seat four adults easily and offer similar boot capacity. They can be had for some £50 per month less than the Subaru, which comes in at nearly £400pm after a £2000 deposit on a four-year PCP contract. If the XV still makes sense to you despite those cheaper offerings and the XV's shortfalls, then there's likely to be very little else out there that'll do the job better. 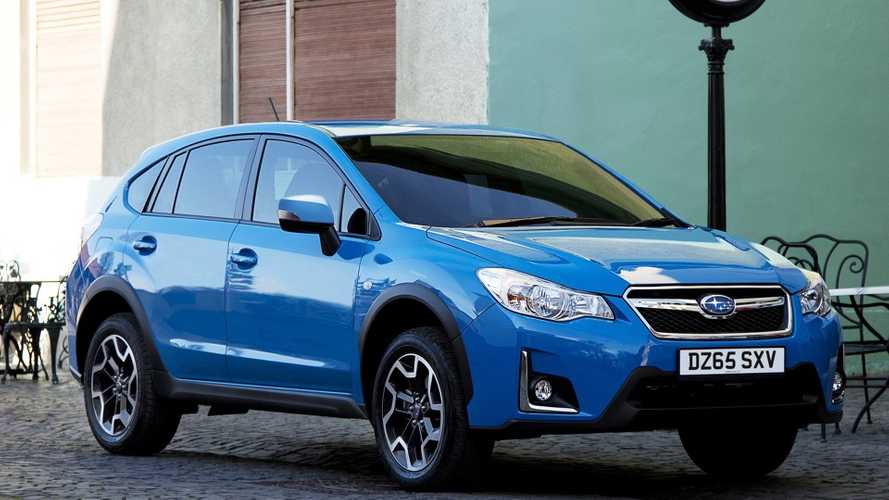