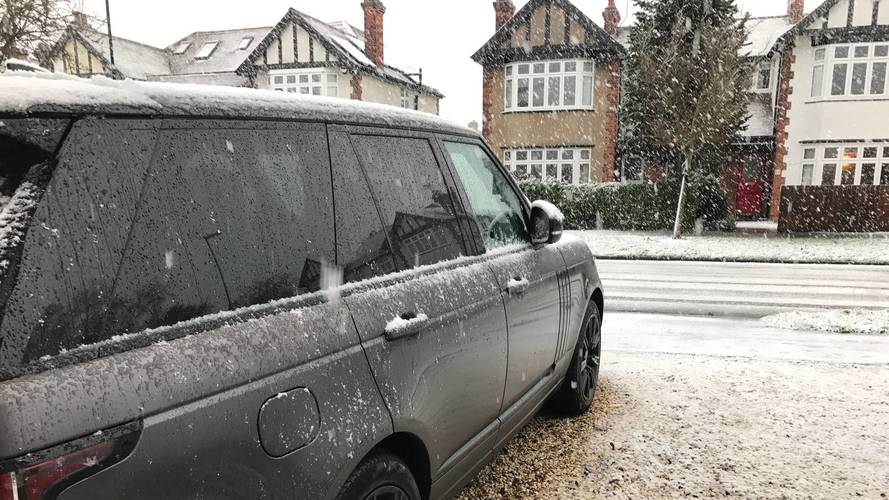 Christmas! Some love it, some hate it. Personally I’m in the middle about it. While it’s lovely to spend some quality time with the Mother, I also have to pretend to be full of uncharacteristic glee. Bah humbug, etc. It also means fighting through central London to get in and out of town - a pretty miserable task. My smugness in running the ultra comfy Range Rover is almost at bursting point now though. I can sit in traffic having my arse massaged while listening to Christmas songs as loud as I like and feel no ill will at the traffic.

As before, anyone who gets inside enjoys prodding and poking all the buttons and then having a gentle arse warm and massage. It’s a neat party piece, and one I enjoy on a regular basis. They also have a pop at the interior colour scheme. It’s a bit… brown. Horses for courses, I suppose.

Toddling home over Christmas did throw a spanner in the ‘best car in the world’ works though. I have no problems getting in and out of the thing at all. See, I’m an average height and that ‘kinda thin, but a bit fat’ build you get when you reach your early thirties and have a job that involves only sitting, but not everyone can be so strikingly ‘on par’. Mum needed me to act as postman/chauffeur with her, thanks to her blindly saying ‘yes’ to a friend who had many letters to be delivered over her end of town.

My hometown isn’t huge, but ‘your end of town’ can be a little much to do entirely on foot. Now, Mother G isn’t all that tall, is sixty… something, and shares a similar ambivalence to exercise as me; This is not ideal if your chariot is quite high off the ground. The mail run required getting in and out of the Range Rover many, many times – getting out was fine, being a short fall. But getting in? Well, watch the short video below. [For some reason my phone didn’t record with sound, so imagine ‘struggle’ noises and you’ll be about there]

And that’s with the car’s ride set to ‘access’, which is as low as it’ll go. It might be that retired Latin teachers aren’t the Range Rover’s target market, but it’s still not ideal.

We had some snow over the hols as well. I’m not in the ‘I have an AWD car so I can go as fast as I like’ camp because, despite appearances, I’m not an utter cretin. My car is riding on all season tyres, not winter rubber, so with all the jazzy traction management systems in the world at my side I’d still have to be careful in the fluffy white stuff. Even with my wintery worries the car didn’t so much as flash a traction control light at me. That’s likely because I took it out when most of the snow was going, not at its slipperiest. Just remember: it pays to be careful in the snow, no matter how many of your wheels are driven.

My colleagues are still, gleefully, waiting for something to break as well. They remain disappointed, though occasionally poke fun at the ever slow to respond sat-nav. I’ve not told them about one tiny recent foible – the electric tailgate has developed a creak. It’s very quiet, but it’s there. With 13,000 miles on the clock that’s not the kind of thing a £115k car should be doing. It sounds a bit like an old person making a noise getting up from a seat. I should probably get it looked at in case it turns out to be arthritis.

One final win for the ‘ol Range – it’s still really good at going to the tip despite lack of folding rear seats. My own daily driver has two seats and a boot just about capable of taking a weekly shop for one, so I’m rinsing ‘my’ SUV for all I can. Rather than be one of those London people who simply throws their old, crumbling Christmas tree on to the street when I’m done with it, I popped it in the boot and went to the dump. It wasn’t a six -footer, but I did have to bend the top a touch to get it to fit snugly. Perfect. The only downside is that now the boot is full of dead tree bits. Whoops.