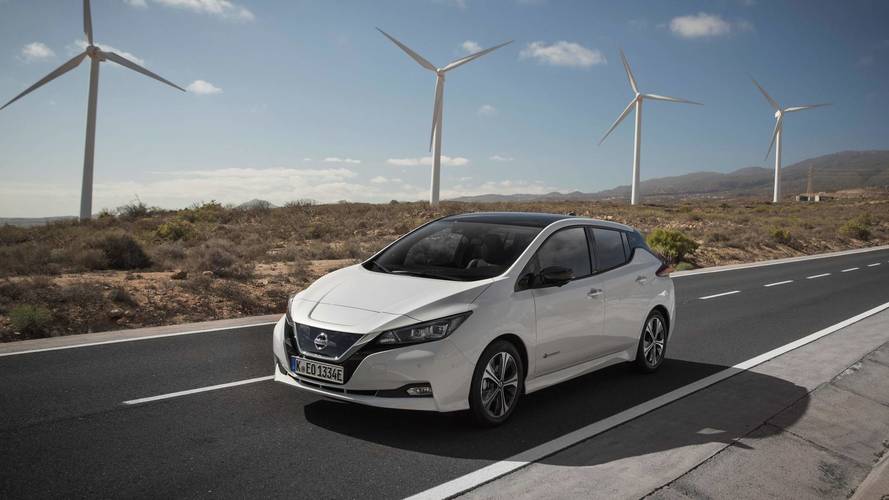 The electric vehicle might finally be ready to step into the mainstream.

It’s a little crazy to think that while many other manufacturers are just gearing up their first round of electric vehicles, the Nissan Leaf is into a second generation. The first car looked like an over-inflated balloon animal, but it was a proper car – not like those awful little plastic G-Wiz things you used to see in London that had a 50-mile range.

While companies such as Volkswagen discover a newfound zeal for all things electric, Nissan has quite the headstart – and without wanting to be dramatic this could be the most significant car of the next 10 years. Sadly the future looks nothing like the Jetsons.

The new Leaf looks rather ordinary – which is the point, really. If the old car was meant to stand out with a bit of eco virtue-signalling, the second-generation Leaf heralds the moment the electric powertrain became just another option. Dangerously for Nissan this means we’re going to start looking at the quality of its interior plastics and the infotainment system instead of being flabbergasted by the silent-running torquey motor. Fortunately for Nissan, the Leaf’s best quality rival – the Volkswagen e-Golf – starts the bidding at the top end of the Leaf range, but as other manufacturers start pumping out competitors the Nissan could find its advantage slipping.

The Leaf might be a fairly stealthy EV, but electric-themed styling touches abound throughout the car – the blue painted diffuser, rear window fins and a Toblerone grille that shines blue in the sunlight are particularly fetching – but visually the Leaf sits nicely within the Nissan range rather than sticking conspicuously out.

Boot space is slightly larger on this new car – Nissan says that it spoke to owners of the first car and it can point to 100 things that have been changed on the new car that have resulted directly from customer feedback, including this one. It’s a shame that no one seems to have mentioned the cabin space – the front seats are compromised by being attached to the battery compartment and the passenger seat feels like it doesn’t go back far enough. At any rate you can’t go back too far if you’ve got company, because legroom is at a premium in the rear. The seats are all comfortable though, which is nice. Of course, you won’t have to spend too long in the car, you’ll have to stop for a charge soon enough.

Soon enough being around 168 miles according to the new WLTP test, which features real-world driving elements for added laboratory-based accuracy. For comparison with other EVs that have been measured on the old NEDC test, the Leaf scores an impressive 235-mile range there. It's still not amazing in comparison with lugging a gallon or 10 of petrol around with you, but it's a great improvement on the previous car and opens up the viability of EV ownership to lots more people.

Whatever the marketing chaps might try and tell us, the Leaf is by no means a dynamic, sporty drive – but nor should it be. It handles well – the steering is light and precise and the car is easy to drive. Electric power takes a little getting used to – the low down torque, the disconcerting quiet. And that’s where Nissan has done remarkable work with the new Leaf – wind noise is admirably low on the new car, particularly when this sort of refinement is open to such close scrutiny without the roaring cover of an internal combustion engine. There’s even a bit of fabric insulation in the rear wheelarches to cut down on the noise of spray when It has rained.

The car's ride is well controlled and keeps things comfortable – we suspect that in order to maintain the Leaf's performance throughout ownership you'll have to shell out for expensive eco-biased tyres, but that sort of expenditure is certainly justified here. The tyres are a major factor in terms of both noise and comfort on any car, but their role is heightened in electric vehicle applications.

One thing that could have benefited from more work is the driving position – it seems almost unforgiveable that the car of the future costs this much and still only gets a steering wheel that adjusts for rake (up and down). The way the seat is placed in the car leaves you feeling quite high in the cockpit too.

An innovative touch from the Japanese car maker is the new e-pedal that features in the Leaf. It’s essentially an aggressive brake energy recuperation system that combines with the disc brakes to get you to a complete stop, meaning you can use the one pedal for 90 percent of your driving. It really works, and once you get used to you’ll find yourself adapting the way you drive to anticipate where you can come off the gas to get maximum return on what would otherwise be wasted energy.

If the logistics work out for you – and Nissan is even throwing in a wall-mounted charger for your house with the Leaf – this car has it all. Fancy tech, financial incentives and zero driving emissions. Do you have a distressingly awful but relatively short commute? Allow the Leaf to soothe your troubles away. If you’re a long-distance brush salesman, then sadly an all-electric car isn’t quite yet the right thing for you. For those Goldilocks-types where everything on the car is just right, the new Nissan Leaf will be a great fit.