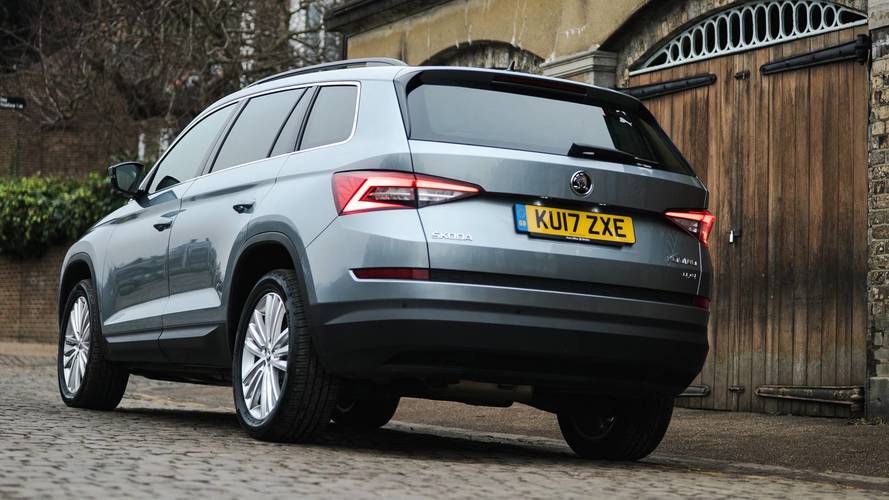 Fifth report: The AEB system had a spasm the other day, but otherwise life with the Kodiaq is as easygoing as ever.

I had an unusual occurrence the other day, when the Skoda's autonomous emergency braking (AEB, or Front Assist in Skoda-speak) kicked in unnecessarily. Now, these systems are fantastic tech that's standard on the Kodiaq and most other new cars these days. It means that the car will brake for you if it senses an imminent collision that the driver hasn't responded to (they normally only offer full autonomous emergency braking at less than 30mph, although many cars offer upgrades that make it function up to and beyond 70mph if you add adaptive cruise control). Check out the video below from Euro NCAP if you're keen to know more about Skoda's Front Assist.

However, it's not unknown for AEB systems to overreact sometimes. Some narrow roadworks on a suburban street near my house featured high-sided temporary fencing around a fairly tight turn, and it never fails to have the Skoda hitting the panic buttons even though there is no collision imminent. I did try a Peugeot 5008 - also fitted with AEB as standard, of course - through the same roadworks and didn't have a problem, so score one against the Kodiaq.

For all that, I've not had a problem with the Skoda's AEB system otherwise, despite winding through town and busy traffic regularly, so it's hardly something to worry about. I've since discovered that you can in fact select the severity of the advance warning that the Skoda gives when it senses an accident, but I'm happy to leave it on 'medium' severity given that it's behaved without fault until now. You can also de-activate the Front Assist altogether, although I reckon you'd be foolish to do so.