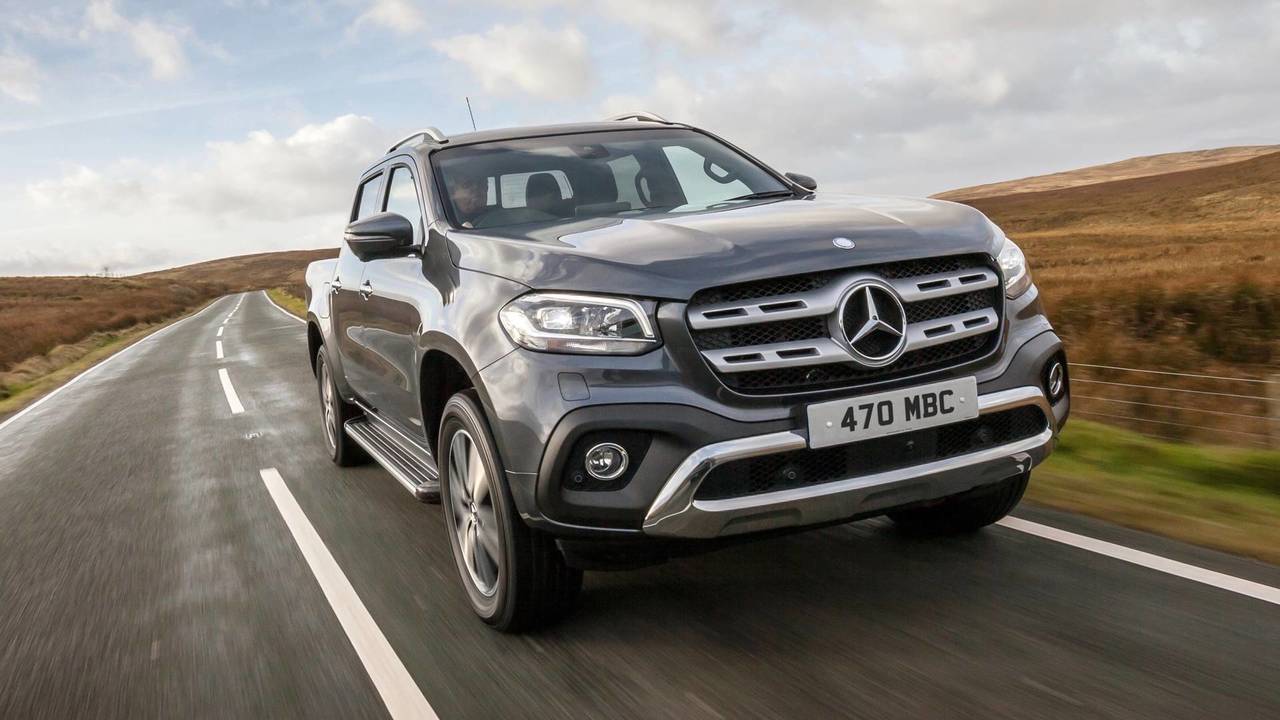 Mercedes adds some class to the pickup arena.

Pickup trucks are a real asset to anyone needing a commercial vehicle. They can lug heavy loads, ferry equipment from point A to point B, all whilst the surrounding snowfall does little to stop you and delivering a better cabin and kerbside appeal than a 'proper' van. However, they’ve never been the most civilised of things to take home at the end of the working day. Mercedes-Benz aims to change that with its first ever pickup, the X-Class.

It might be based on the Nissan Navara, but to the casual observer, it’s exactly when they’d expect a rugged ‘Benz to look like. A blunt nose wears a bold grille proudly displaying the three-pointed-star. It has a purposeful stance with flared wheel arches and muscular creases — a departure from the traditional slab-sided efforts in this class. Sure, those in the know will see the central cab section is identical to its Nissan cousin, but judging by the number of people who stopped to ask us about the X-Class, Mercedes have done more than enough to make its interpretation stand out.

The interior has been Mercedes-ified, too. It’s much more car than a van in here, with chrome detailing, a sculpted dashboard and a chunky steering wheel. It even receives an infotainment system straight out of a Mercedes C-Class. Our mid-spec Progressive model had been treated to some optional heated leather seats, further adding SUV-like creature comforts to this working vehicle. Below knee-height there’s some harsh plastics that betray the rest of the interior quality, and the wobbly plastics of the vents feel a bit cheap, which takes the shine off what is otherwise the plushest pickup interior going.

The flatbed of any pickup truck is its biggest asset - it’s the reason you buy one after all, and the X-Class doesn’t disappoint. A 1.59m x 1.57m loading area trumps class favourites such as the Ford Ranger and Volkswagen Amarok. Our test car even featured an opening rear window for transporting lengthy cargo.

By commercial vehicle standards, very well. It might not be a ready replacement for the ever fashionable SUV, but the X-Class does a good job of bringing civilisation to pickup trucks.

This X250 d makes use of a 187bhp 2.3-litre diesel engine from Renault. There’s a less powerful version of this unit in the X220 d, but the extra torque from this more potent engine will likely come in handy when hauling heavy cargo. The Merc retains the Navara’s selectable all-wheel drive system, which means that it's rear wheel drive unless you choose otherwise, but it has a wider track and added chassis strengthening — useful if you plan on leaving the beaten track.

There’s no getting away from the X-Class’ size, something that is put into focus when parking at the local supermarket. It might be stating the obvious, but at over 17ft long this truck wont fit into a regular sized bay space without overhanging. The excellent 360 degree reversing camera might cost £1k, but it is an essential if you're regularly going to be parking your X-Class in an urban environment.

When setting off, this truck’s diesel engine gurgles and grumbles until up to speed where the hubbub begins to die away and the added soundproofing pays off. Its seven-speed automatic gearbox is perfectly happy when left to go about its business, delivering shifts in relative incognito. We’d advise leaving the box in the automatic mode as it’s rather sluggish when requesting gears manually. As with many unladen pickup trucks, the ride is quite lumpy and bouncy at low speed (when driven without a load, at least), but things do improve the faster you go.

Considering how tall this truck is, it controls its lateral motion very well. Instead of listing from side to side like an old wooden ship the Mercedes resists and remains composed. The steering is well-weighted, meaning that it provides enough heft to be precise, but not so much that you have to wrestle with it. In day-to-day use the X-Class doesn’t feel any more cumbersome than an SUV.

If you’re in the market for a pickup then there’s a strong argument for the Mercedes-Benz X-Class being one of the best. It’s much more polished then any of its rivals and feels different enough to justify its badge.

£33k and up is a hefty price to pay, nearly 10k more than an entry-level Nissan Navara, but then the Merc is a better allrounder that you would happily use for work and home life. Most of the X-Class’ rivals are more one dimensional. If you are using it as a commercial vehicle then look to pay £27-grand without VAT. Courtesy of the flat-rate CV BIK tax, you'll pay £107 per month as a 40 percent tax payer. Lease costs are yet to be confirmed.

It is very good, but if you want the very best that the X-Class has to offer, it might be worth waiting for Mercedes to put its own V6 diesel under the bonnet in 2018.