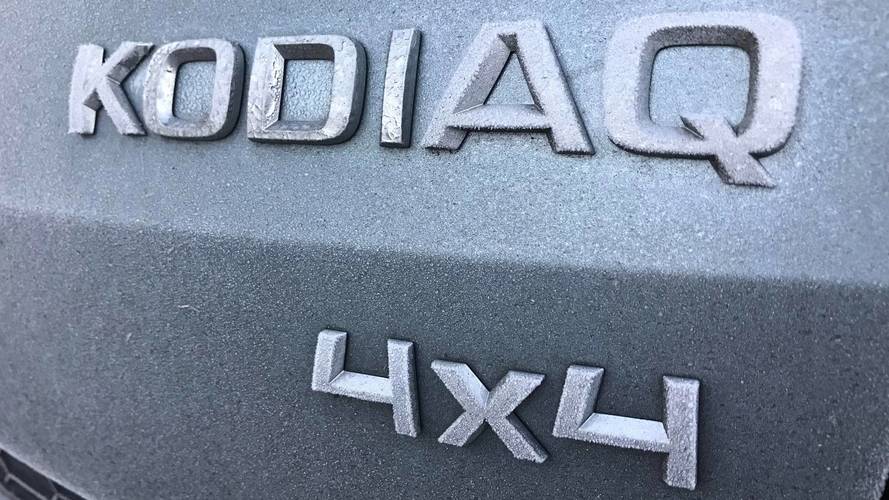 Third report: Our Skoda's proving to be great at clearing mist and ice, but less brilliant with economy on short runs in cold weather

It's winter, we've had a cold snap, and this has shown up a few good and bad things with our long-term Skoda Kodiaq. First, it's really rather good at clearing mist and ice since the heater seems to get warm within a minute, which is a joy when it's creeping to below zero and the news is filled with snowy scenes all over the UK. Even if, annoyingly (because I love snow and would have thoroughly enjoyed testing the Kodiaq's four-wheel drive system in it), my temperate corner of Surrey remained free of the white stuff.

Anyway, short of the Ford or JLR quick-clear heated windscreen, I've not found another car that clears its screen quicker than the Skoda, and obviously there's the ice scraper tucked neatly in the fuel filler cap when I have needed to scrape the ice away. For the full warm and smug factor, the standard heated seats are a delight, too.

One criticism is that I've noticed a bit of a drop in economy. I do quite a few short trips of a couple of miles between my house and the childminder's, and I'd normally see around 30ish (not great but not unusual for a huge four-wheel drive seven-seater), but the last few weeks I've noticed that it seems to have dropped to around 27mpg on these short hops, even in Eco mode. That's with a reasonable average speed of 17mph over 3 miles.

Still, on longer jaunts on the motorway it's possible to get the Kodiaq up to 45mpg - as I managed on a run up to Chesterfield to see friends recently - but that's about the worst and best you can expect of this 2.0 TDI 190 engine complete with the seven-speed DSG automatic gearbox. Overall, we're still seeing around a 38mpg average as the miles start to rack up past 6000.

As a final nod to the Kodiaq's winter-appropriateness, the standard full LED headlights are absolutely brilliant. And spending so much time in the dark inspired me to take a picture of the lovely detailing on the rear lights. Despite occasionally poor economy, I'm finding the Skoda a thoroughly enjoyable to live with. For what is hardly an evocative car, I've developed quite the emotional attachment. I shall enjoy its unpretentious, no-nonsense brilliance over Christmas, no doubt.