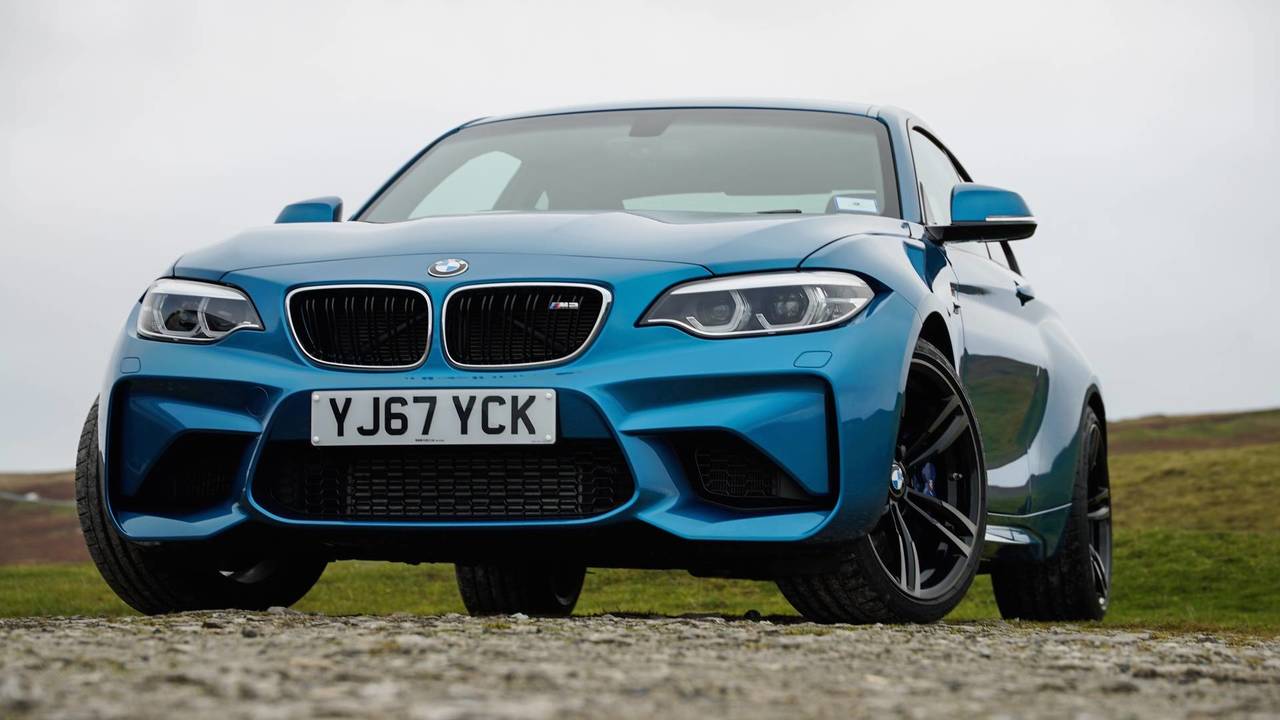 It might be the cheapest M car, but it's also the best

The BMW Motorsport or M Division has been responsible for creating some of the most memorable driving cars in the last 40 years. The now-famous red, blue and purple tricolore may have initially adorned a Giugaro-designed M1 supercar, but since then its primary focus has been offering regular production models with anything but regular performance.

The BMW M2 is the most affordable M car in the current line-up. Based on the fashion-forward 2-Series Coupe, it features a wider track, beefier brakes, sports suspension and a turbocharged 3-litre petrol engine under the bonnet. Originally released in 2015, it has received a mid-life re-fresh for 2017, including new LED headlight graphics, a redesigned instrument cluster and the inclusion of the latest iDrive infotainment system complete with a touchscreen. That’s all the excuses we needed to go and drive it again.

The BMW M2 isn’t beautiful but, Audi RS3 aside, we can’t think of many small cars that exude such aggressive purpose and poise. Beneath the traditional BMW kidney grille are huge gulping air ducts that scream move. The wheel arches have been blistered and stretched over bigger 19-inch forged alloy wheels, wrapped in Michelin Pilot SuperSports rubber, while quad exhausts help signify performance intent to anybody attempting to follow. The car’s suspension, brakes and variable locking rear differential have all been taken from the M3/M4 gene pool, but the BMW M2 uses a different engine; a 3-litre straight six with a single, twin-scroll turbocharger that develops 365bhp at 6500rpm and 343lb ft of torque at a lowly 1400rpm. There’s a further 26lb ft of twist available on overboost, too.

By modern car standards, the BMW M2 is compact, yet it can still comfortably accommodate four adults in relative comfort. The driving position is low set and supportive, while the M-Sport steering wheel, also borrowed from the M3/M4, does without the two M buttons that store your preferred driving modes. It’s a mild frustration, as it would be useful to store one driving mode for behaving like a normal human being and another for being a road-hunting hoonigan.

Standard equipment is generous, including the brilliant (and now touchscreen) infotainment system complete with navigation, meaning you don’t have to stray too far beyond the price of £46k to have something habitable. Are you listening, Porsche? While the BMW M2 is available with a seven-speed dual-clutch automatic transmission (DCT), we’re testing it here with three pedals and the standard issue six-speed manual gearbox. A rarity among the M2's rivals, which include everything from sports coupes like the Audi TT RS, Alpine A110 and Porsche 718 Cayman, and super hatches like the Audi RS 3 and Mercedes A45 AMG.

Small, agile, responsive, powerful; it’s like a mini German muscle car with delicacy. Despite the rear-wheel drive set-up and adverts painting the impression that most drivers will be looking out of their side windows to steer this thing, the M2 has a surprising amount of traction and lateral grip. The chassis communicates your inputs openly and the front end turns in willingly, so you can learn to lean on this car. Of course, it’s very happy to perform big skids and when the rear tyres do break away, they do so far more predictably than its bigger brother, the BMW M4. More smiles, less serious face. Good times.

The engine, too, is as punchy as those power and torque figures would suggest. Acceleration ramps up anywhere beyond 3000rpm and despite being turbocharged, it’s quite amazing how zingy and instant the throttle feels. It sounds filthy, too. The six-cylinder warble is rich, warm and gravelly without being obnoxious, meaning you’ll be able to drive through small towns without being greeted by Neighbourhood Watch members practising their animated hand gestures. Some of the engine noise is amplified through the speakers, but it isn’t too artificial-sounding or off-putting.

While you can spend more money on the optional dual clutch transmission (DCT), we probably wouldn’t. The six-speed manual gearbox is notchy, precise and tactile in a way that two paddles can rarely be. The 0-62mph sprint time is dispatched in 4.4seconds, and it stops almost as rapidly with progressive brake feel. In quite an unusual turn of events, shifting cogs yourself better suits the old school character of this car. A daily driver the M2 may be, but it’s also a serious driver’s car that is easy to bond with. When we’re constantly informed that the future of motoring is all set to be autonomous and emotionally detached from ownership, that’s quite refreshing.

Of course, it isn’t perfect. There are a few details that M aficionados may note missing, such as the illuminated gearstick and oil temperature gauge. We’d also prefer it if the gearshift was slightly shorter in throw and if both chassis and powertrain settings could be adjusted, and while ride comfort is more than acceptable, it's not as fluid and well resolved as the ride in e Porsche 718 Cayaman - even the GTS. There’s no way of turning off the automatic rev-matching function without disengaging stability control, either. Hopefully, BMW is taking notes for the forthcoming M2 CS…

For those people who like driving fast cars but can’t stray too far from the sensible aspects of ownership, you’ll adore it. Usable power, proper visibility, compact dimensions, ergonomic familiarity: the M2 satisfies performance needs while remaining a practical and comfortable daily driver. This is one of the most affordable M cars your money can buy, but it’s also one of the best. If you can beat the waiting list and get hold of one, do it.