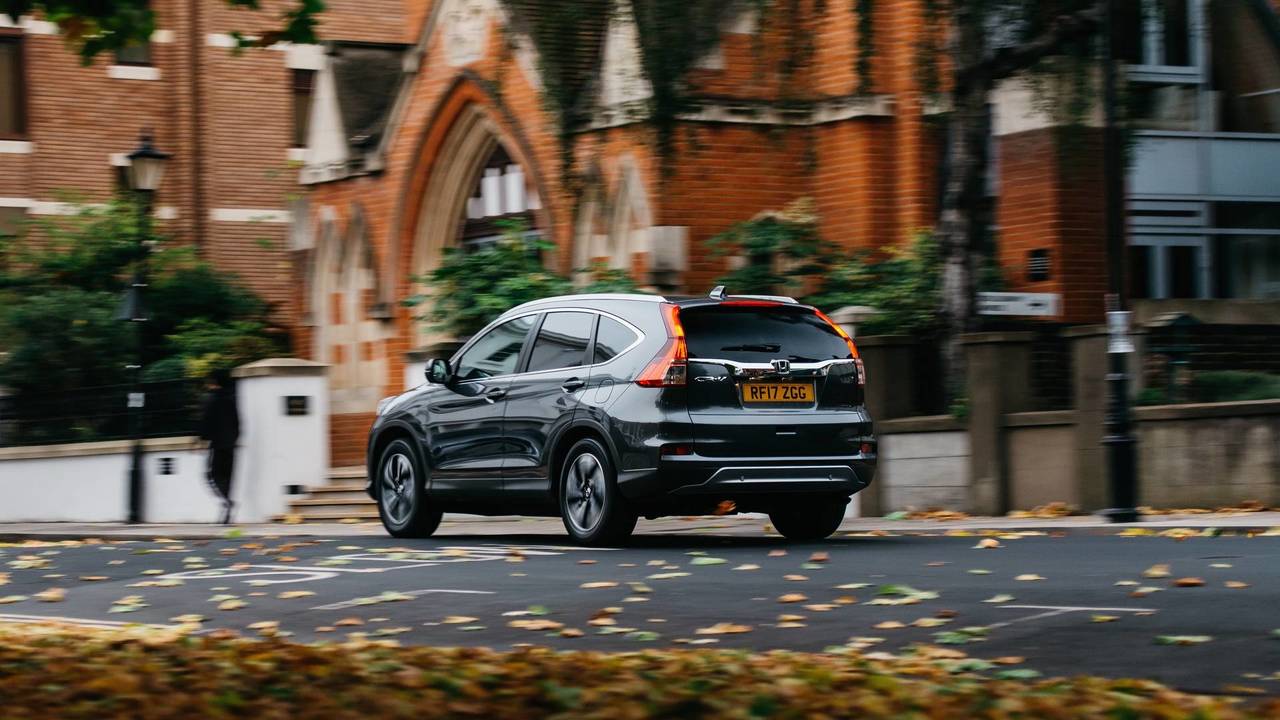 Second report: The CR-V is living up to its reputation for being ruthlessly practical

I’ve had the CR-V for a few weeks now and I’m really enjoying having it as our mobile camera unit.

It's wonderfully practical and the single-pull rear-seat folding mechanism puts many other manufacturers who charge for split folding rear seats to shame. If you’re regularly going from moving people or er, stuff, then not many in this class do it better.

Further still, even with the panoramic sunroof there's loads of height on offer, so much so that having suffered the pain of moving house recently I managed to squeeze a two-seater sofa in the back utilising all 1146 litres on offer. Mind you, our Skoda Kodiaq long term car, which is a pertinent rival to the CR-V, would give the Honda a run for its money in terms of boot space.

It's predictably good at the regular job of just carrying camera equipment, too. The 589 litre boot is well-shaped and has a really high tonneau cover which means you can actually layer items and get even more stuff in. Having the £105 optional rubber boot cover is brilliant too, as it minimises cargo slippages on the move as well as keeping the floor clean. I stress tested it on my latest shoot in wales crawling in and out the back and I can testify it works well and is certainly worth the money if you carry dogs or valuable equipment.

The tailgate is also well thought out. It's electrically assisted, but has the best override system I’ve come across, meaning when someone tries to be helpful and shut the boot ‘the old fashioned way’ they won't pop a vertebrae. Although putting the handle higher up wouldn't go amiss.