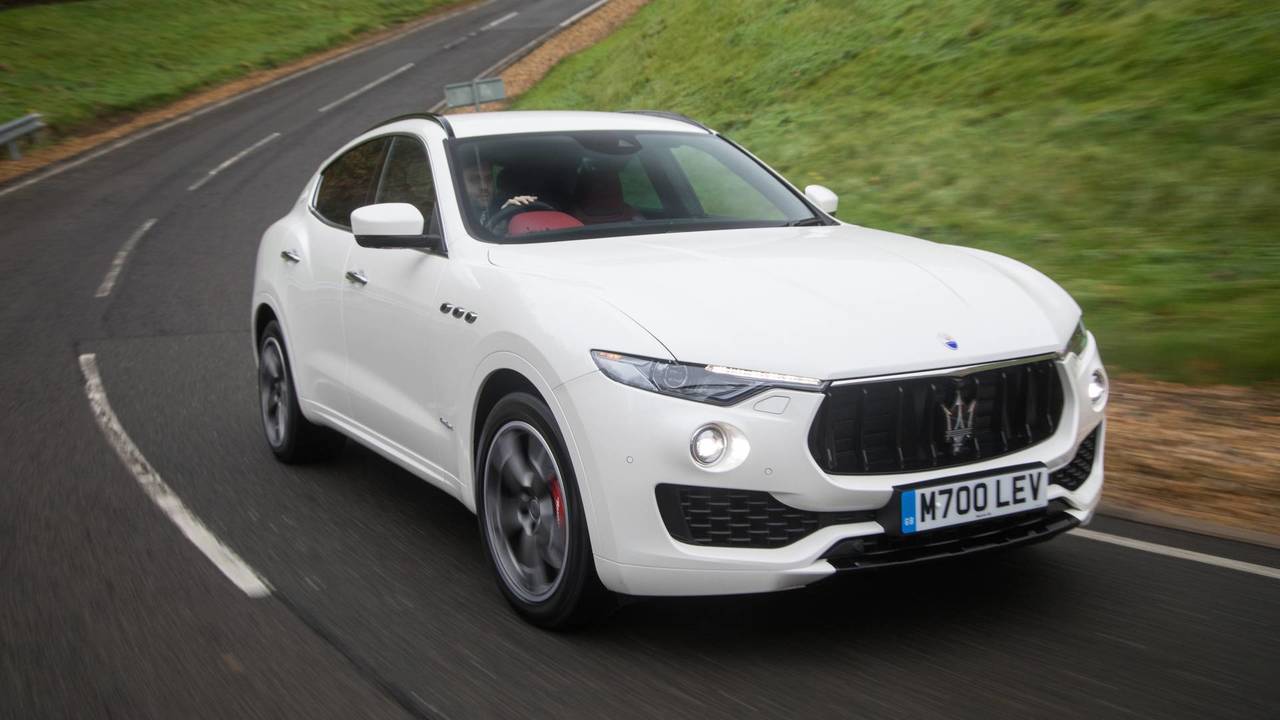 The new Ferrari-engined, V6 Maserati Levante S is finally the SUV that you'd want and expect Maserati to make

Let’s get something out of the way, here. Yes, it’s a Maserati, and yes it’s an SUV. And yes, that feels uncomfortable in a ‘that’s unexpected’ kind of way; the same way that seeing Joanna Lumley slouching in an armchair with a can of Stella and a packet of Wotsits would be a bit weird and unexpected. But it’s still Joanna Lumley, and that’s still cool.

More to the point, buyers want SUVs, and the Levante already accounts for some 70 percent of Maserati’s sales. And 90 percent of those buyers are new to the brand. We’d make an SUV if we ran Maserati, and so would you.

So enough of the snobbishness. People want posh SUVs, and posh car brands will provide them.

But is this a good one? Well, it was launched first in 2016 with a V6 diesel engine as the only engine option, but now the Levante has been facelifted for the 2018 model year (which is on sale now in the UK), and the Ferrari-sourced, twin-turbo V6, 424bhp Levante S is the headline news for this range update.

This refresh isn’t just about the new Levante S joining the diesel model in the UK. There are also two new trim lines dubbed GranLusso and GranSport, which both cost the same at some £6k more than the entry-level Levante. On top of that, the hydraulic steering has been dropped in favour of an electrically-assisted system, which is news that enthusiasts are sure to receive with all the good grace of a toddler being handed broccoli for tea. More on that in a bit.

In the meantime, let’s dwell on that infotainment system. It doesn’t look as graphically sophisticated as the systems in Audi, BMW or Merc, but the screen is crisp and easy to read, quick to respond and does what you want it to whether you use the touchscreen or the rotary dial. Which is a transformative improvement to the whole Levante experience over the old system. You also get nav, Apple CarPlay and Android Auto as standard. It’s weird that you have air-con controls on the screen, and as physical buttons beneath the screen, but hey – it’s unlikely to bother you.

The style upgrades to the front and rear bumper, among quite a few other tweaks, have worked well. The Levante is a handsome thing that’s distinct and unmistakable from any other SUV out there, particularly the GranSport trim which includes sideskirts, piano black grille, 20-inch alloys and red brake callipers.

GranLusso – the luxurious option to the GranSport’s sporting bias – gets all manner of fancy things including wood trim and silk inserts to the real Italian leather seats. It doesn’t get much posher than that, right?

Otherwise, the dash and interior looks great (the red leather of our GranSprort test car might be a bit much for some, but any Maserati lends itself well to flamboyance), there’s plenty of room for two adults in the back, and while the boot lip is high, there’s enough room in the 580-litre boot to accommodate your Louis Vuitton luggage set no problem.

Maserati reckons the new Levante S will only account for some 10 percent of sales in the UK, but blimey it deserves a lot more than that. In fact, our experience of the more lead-footed, grizzly-sounding diesel points to the Levante S as being the one you should go for. Because it’s an SUV, but it feels like a ‘proper’ Maserati, too.

That steering is good; not as textural as the best hydraulic systems that we all miss, but sweetly weighted, predictable in its response and with enough feedback to keep you tuned in. There’s an oily slickness to it that suits the Maserati’s edgy suaveness.

The four-wheel drive system is rear-wheel drive most of the time and then slings power to the front wheels so that power can be fifty-fifty split the moment it sense slip. It’s pretty effective – even off-road, surprisingly, although off-roading in a Maserati is a bit like inviting the Queen to go sky-diving, but the Levante is an SUV so it’ll go through mud, up and down quite ridiculous inclines and the diesel will even tow 2.7 tonnes.

On road and in middling-to-intense driving, it has an appealing rear-drive feel to it as the power seems to shove from the back as you squeeze the throttle out of a corner, but the Levante does also wash into understeer more keenly than rivals like the Porche Cayenne.

In fact, the Porsche Cayenne does feel generally more pointy, grippy and enthusiastic. The hot hatch of the SUV world to the Levante’s sporting grand-tourer.

That’s not just down to a dab more understeer and slower steering response, it’s also down to the standard adaptive air suspension of the Levante, which delivers a loping, long-wave ride comfort over most surfaces. Sure, it’s a touch lumpy and untidy over town stuff, but actually in Sport mode body roll is kept reasonably well in check and generally the Levante is a respectably comfortable thing even by the standards of a class that includes the Range Rover.

So it’s satisfying to pedal meaningfully down a b-road, but blimey – that engine is what sets the Levante apart. It’s the proper, Italian super-sports heart of the thing that makes this so much more appealing than the diesel Levante. It doesn’t feel dramatically quick because you don’t get a very direct sense of what speed you’re doing (a criticism you can level at almost every sporty SUV), but actually a 0-62mph time of 5.2sec is on par with a Porsche Cayenne S and is more than fast enough.

And you’re not going to care about numbers anyway, because you’re going to be soaking up the lovely, throaty, wanton exhaust note and enjoying the shock and awe of that Ferrari motor hurling you up the road in your silk-lined SUV. And who wouldn’t enjoy that?

The hard-nosed truth is that a Porsche Cayenne S handles better than the Maserati Levante S, while a Range Rover Sport is usefully more practical, and an Audi SQ7 both faster and more practical (if diesel only).

There are many and varied rivals that make more sense from an objective, logical or monetary perspective. But there is certainly room in this market for the Levante S, despite its £77k price tag (in this GranSport guise). It's sumptuous and exotic yet also delivers the comfort, refinement and basic roominess that an SUV must deliver. It’s not perfect but it is fit for purpose while being flamboyant and unashamedly, refreshingly different to anything else in the class. The Levante S is the SUV that you would want and expect Maserati to create, where the diesel always fell a bit short of those expectations.

We like it very much, indeed. If you want a posh, fast SUV, we reckon you will, too.