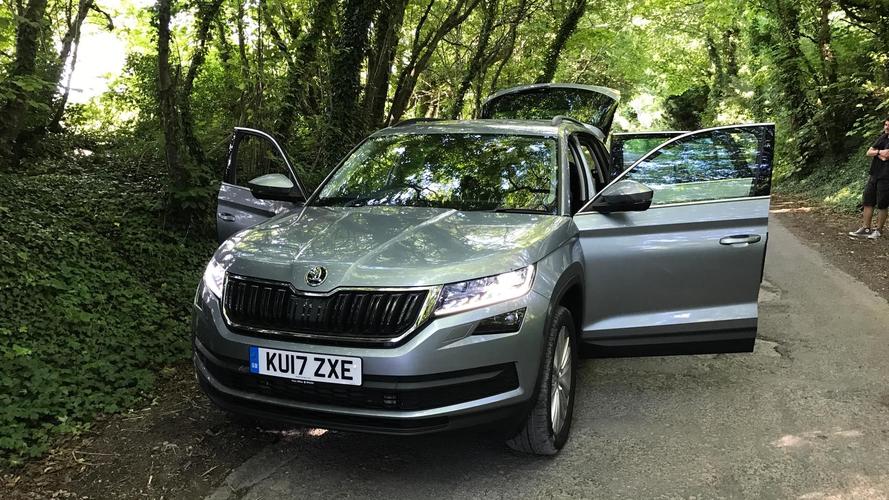 Second report: The Skoda has been tip-run vehicle and video support car over the last 2000 miles, and it hasn't missed a beat

The Skoda Kodiaq is a seven-seat SUV, and the joy of that isn't just that you can get lots of people in it, but that you can get lots of rubbish in it. We had the carpets done in our house and also had to get rid of some old palettes, and the Skoda was a life-saver for getting rid of the rubbish. The load-bay will take a 2.0-metre item with all the seats folded down, and with the square boot opening and high roof it really is MPV/SUV/Van - and what's not to like about that?

One of the other things that really impresses is the amount of space actually behind the third row of seats when they're lifted; there's enough that I can chuck a buggy or some shopping in there no worries, even with seven people on board.

Otherwise, the economy on the Kodiaq has been a bit middling, as I've been doing a lot of stop-start stuff as well as motorway miles, so I'm now seeing around 39mpg as an average - although our esteemed news editor Sam Burnett has seen some 47mpg on an economy run on the motorway. He's rather more light footed than me, I suspect... The best I've seen is around 44mpg, even in Economy mode when you get the benefit of the 'coasting' function, where the car automatically de-couples the clutch when you're not on the throttle. That means that the engine is just idling as you roll along in order to deliver better economy, and the lack of engine braking means you can roll impressive distances without losing much speed on the motorway.

It's a clever system that's fitted on a lot of automatic modern cars, although I have to say I can only tolerate it on the motorway as the slight delay in throttle response as the engine re-connects annoys me if I use it around town.

Anyway, the Kodiaq has been faultless in terms of its utilitarian usefulness and easy-going nature. It's fit into family life so easily that I'm already fearing how hard motoring life might suddenly become when it goes back to Skoda. And given the Alcantara upholstery and mostly classy finish in the cabin, I have to say that I'm already convinced that the Kodiaq SE L does justify what might seem a peaky list price on first glance. Mind you, I would like a reversing camera given how long the car is, and it doesn't seem like it'd be too much to expect as standard equipment on this range-topping trim - instead you just get normal audible reversing sensors. A camera is a £375 option that I reckon you'll appreciate if you regularly squeeze into tiny London spaces like I do.