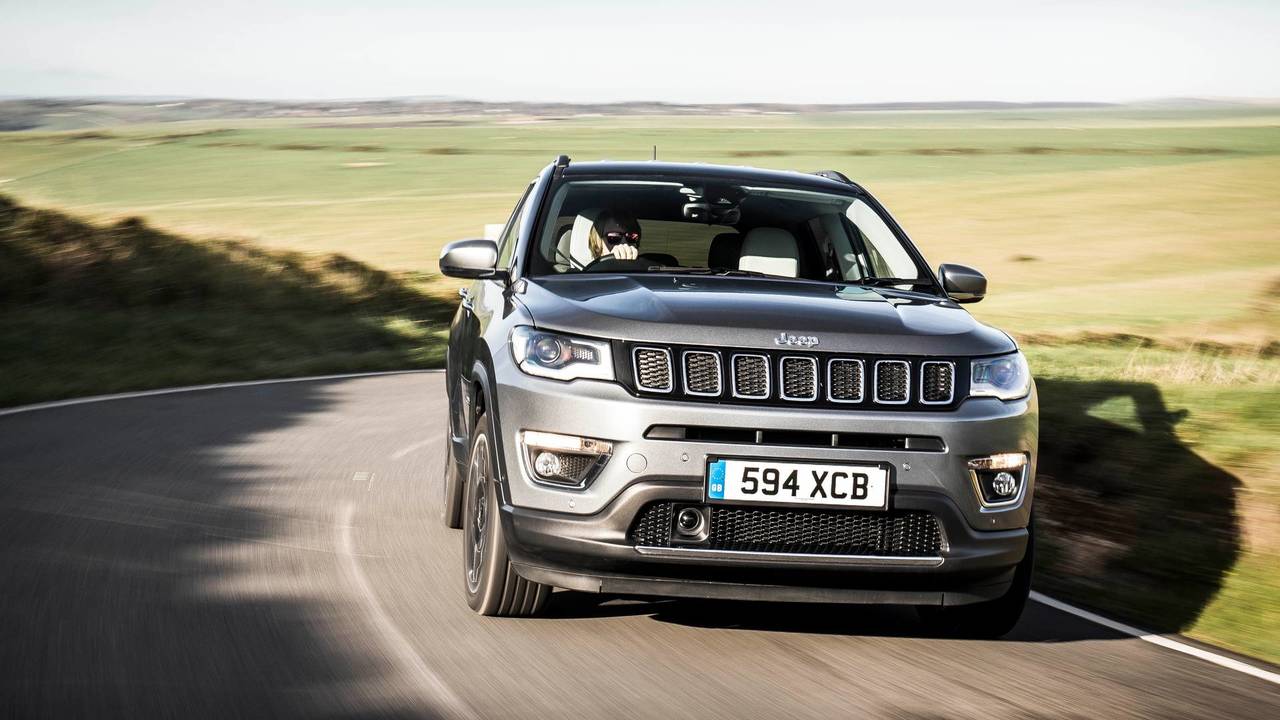 There's little to really bother you, but even less to really excite or delight about the Jeep Compass.

The term ‘SUV’ covers all manner of vehicular oddities these days, right? From city nippers on stilts, right up to vast, seven-seat behemoths, they’re all sheltering beneath the increasingly stretched SUV umbrella.

However, Jeep really does have every right to the SUV term. Only Land Rover can claim a similarly lengthy heritage rooted so deeply in Proper 4x4s, The Army, and other ruggedly masculine things.

So, step forward the new Jeep Compass, to bring some hairy-chested Jeep goodness to the VW Tiguan and Nissan Qashqai class.

Jeep's is a compelling brand image, but the 2018 Jeep Compass is arguably less distinctive and burly-looking than the bigger Cherokee and even the smaller, overtly boxy Jeep Renegade.

Better looking, perhaps, but also a touch easier to miss in the muddle of other SUVs on the road – even with that unmistakable slatted chrome grille dominating its face.

In fact, while you can get the Compass with a comprehensive four-wheel drive system featuring modes for mud, sand, snow and even rocks (it is for Real Men who drive over rocks for fun, ya know), this is a car that’s fairly evidently designed to look good and to make life easy on the school run and in traffic jams on the M4. Which is good, because that’s where it’s going to be used. Hence the reason that the cheaper front-wheel drive like the 1.6 diesel tested here are expected to account for the bulk of sales.

The interior is a significant step up for Jeep, particularly the new 8.4in sat-nav touchscreen that you get as standard on Longitude and Limited – the upper two of the three trims on offer. It responds promptly, has decent graphics, and the shortcut icons arranged along the bottom of the screen make it easy to skip between functions.

It’s odd that there are air-con controls on the screen when the physical buttons and rotary dial beneath the screen do precisely the same job, but at least the proper buttons are there so you don’t have to leave the nav screen to turn the heater up.

Complete with standard Apple CarPlay and Android Auto, as well as DAB and USB input, it’s leagues ahead of the fiddly, annoyingly unintuitive system it replaces, and it should be on your 'must have' equipment list if you're speccing a Compass.

The seats are broad, cushy and comfortable, and most drivers will be able to get comfortable easily – although rear visibility isn’t as good as you’ll enjoy on boxier rivals like the Nissan Qashqai and Seat Ateca.

There’s decent amounts of space for those in the back, too, although if you add the panoramic glass roof if does cut into headroom by a couple of inches, so lanky passengers of over 6ft will be tight for headroom.

The boot is a bit disappointing, especially if you add a full-sized spare tyre, which removes the variable-height floor and reduces the boot size to 368 litres with the rear seats up. Admittedly the 438 litres you get with a tyre inflation kit is okay, being up there with a Qashqai if a long way off the VW Tiguan that manages 615 litres. It’s not just size, either, but the wheelarches cut into the Jeep’s boot space quite a lot and there are no sliding seats as you get with rivals like the Skoda Karoq. At least you can drop the centre backrest to create a through-loading space for those emergency fence post moments.

It’s also worth pointing out that, while Jeep may be aiming to steal sales from the VW Tiguan, you’d be rather underwhelmed by the feel and perceived quality of the materials around the Compass' cabin if you’d just stepped out of the precisely-finished and classy-feeling VW. You’d be quite happy with the Jeep’s general interior ambience if you come to it from a Nissan Qashqai or Kia Sportage, though.

In fairness, at a snip under £26k for a mid-spec Latitude 1.6 120 Multijet diesel (the sweet spot in the range for price, equipment and running costs), the Jeep does undercut a less generously equipped if rather more potent Tiguan 2.0 TDI 150 by a few thousand pounds. It's virtually spot on for the similarly equipped Peugeot 3008 1.6 BlueHDI 120 Allure, though.

It’s comfortable and quiet enough to take most of the stress out of everyday driving, and it has that domineering SUV stance down to a tee, too.

Ride comfort is reasonable, with a spongey, loping stride over bigger bumps and ruts even on 19in alloys, and you can chuck the Jeep around a corner with confidence that the front end will go where you tell it.

For all that, the steering has a gloopy, slack initial response that doesn’t sharpen up until you’ve wound on a fair bit of lock, and the unnecessarily fat steering wheel numbs the whole experience, too. A big turning circle means that you may want to practice your ten-point turns if you regularly expect to wind your Jeep Compass through tight car parks.

The 118bhp 1.6 Multijet diesel engine is fairly quiet on a steady throttle, making the Compass a calm cruiser apart from the noticeable wind flutter whistling past the front pillars. You will have to work this engine quite hard via the sloppy-shifting six-speed manual gearbox if you want to make a quick getaway, though; there’s plenty of low-down torque for short-lived spurts of acceleration around town, but out on the open road it’s evident that this is a low-powered motor in a big car.

We also drove the 168bhp 2.0-litre diesel complete with its compulsory nine-speed automatic gearbox and 4x4, which of course has a rather perkier response and the auto is smooth enough to be easily ignored as it goes about its business. Yet a hefty delay to the kick-down and strained-feeling upper rev range means that even this most potent Compass doesn’t feel as eager or spirited as some alternatives.

A 1.4-litre turbocharged petrol and a 138bhp 2.0-litre diesel (the latter being four-wheel drive only) are also on offer in the Compass range.

If you can get a really cracking finance deal then it could be worth considering, but otherwise no, you shouldn't. That sounds harsh given that the Compass is a likeable thing in its own way, with smart looks, a comprehensive infotainment system, competitive emissions and economy, a comfy driving position and inoffensive on-road manners.

But stack it up against those numerous aforementioned rivals, and it struggles a bit. There’s the limited boot usefulness, handling that’s squidgier and less sophisticated than the best alternatives, an interior that’s short on proper versatility such as sliding rear seats or fold-flat front passenger seat, and emissions and economy that fall quite a bit short of rivals like the Peugeot 3008.

This is one of those cars that’s adequate on most fronts, but doesn’t really offer anything exceptional in terms of the way it drives, what it’ll be like to live with nor on the cost front. Unless you love the Jeep's looks, there’s little reason to settle for this mediocre option in a class where 'alright' isn't good enough any more.